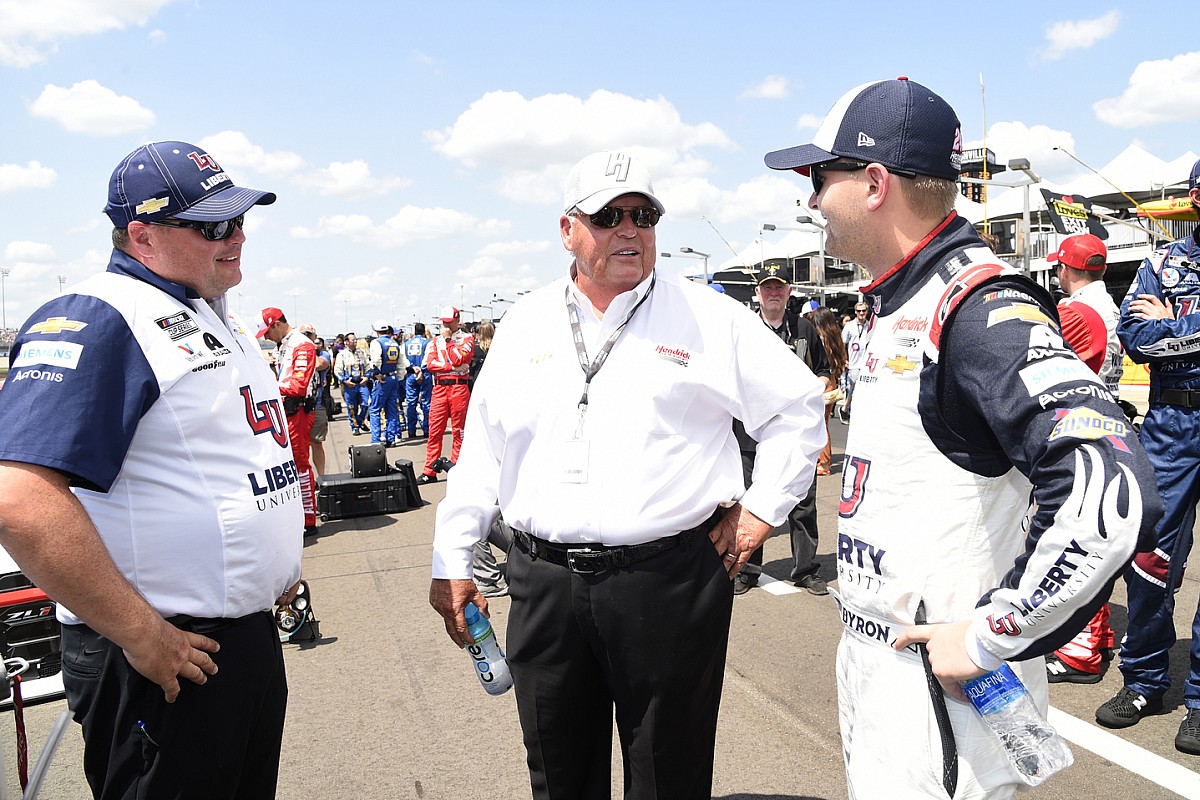 The new deal, announced Thursday but finalized on Monday, will keep Byron the driver of the organization’s No. 24 Chevrolet through the 2025 season. His previous contract with HMS ran through the conclusion of this season.

“I’m so thankful to continue racing for Mr. (Rick) Hendrick, Jeff (Gordon, vice chairman) and Hendrick Motorsports,” Byron said. “Since I joined the organization, they’ve supported my growth process every step of the way, including my path to the Cup Series.

“With the great people around me, I’m excited to continue pursuing race wins and playoff success. Together we’ve built a No. 24 team that I know will contend for championships.

“I’m really looking forward to the rest of the season and my years to come with Hendrick Motorsports.”

After 11 starts this year, Byron is tied for third in the Cup standings with two victories – one of only two drivers with multiple wins in 2022. At age 24, he has already won 16 NASCAR national series races, including four in Cup, four in Xfinity and eight in Trucks.

The 2017 Xfinity Series champion is coming off his third consecutive Cup Series playoff appearance in 2021, when he

“William is a tremendous driver and a truly exceptional young man,” said Rick Hendrick, owner of Hendrick Motorsports. “As impressed as I am by his innate ability inside a race car, I admire his character and maturity even more.

“William is on an amazing trajectory, and I believe he’s only just begun to scratch the surface of his potential. We are fortunate to have him in our stable.” HMS first signed Byron in August 2016 when he was 18 years old. After his four-victory Xfinity Series title run in 2017, he quickly advanced to the Cup level where he earned 2018 rookie of the year honors. Byron is the only Cup Series driver other than legendary four-time champion Jeff Gordon to win for Hendrick Motorsports in the iconic No. 24.