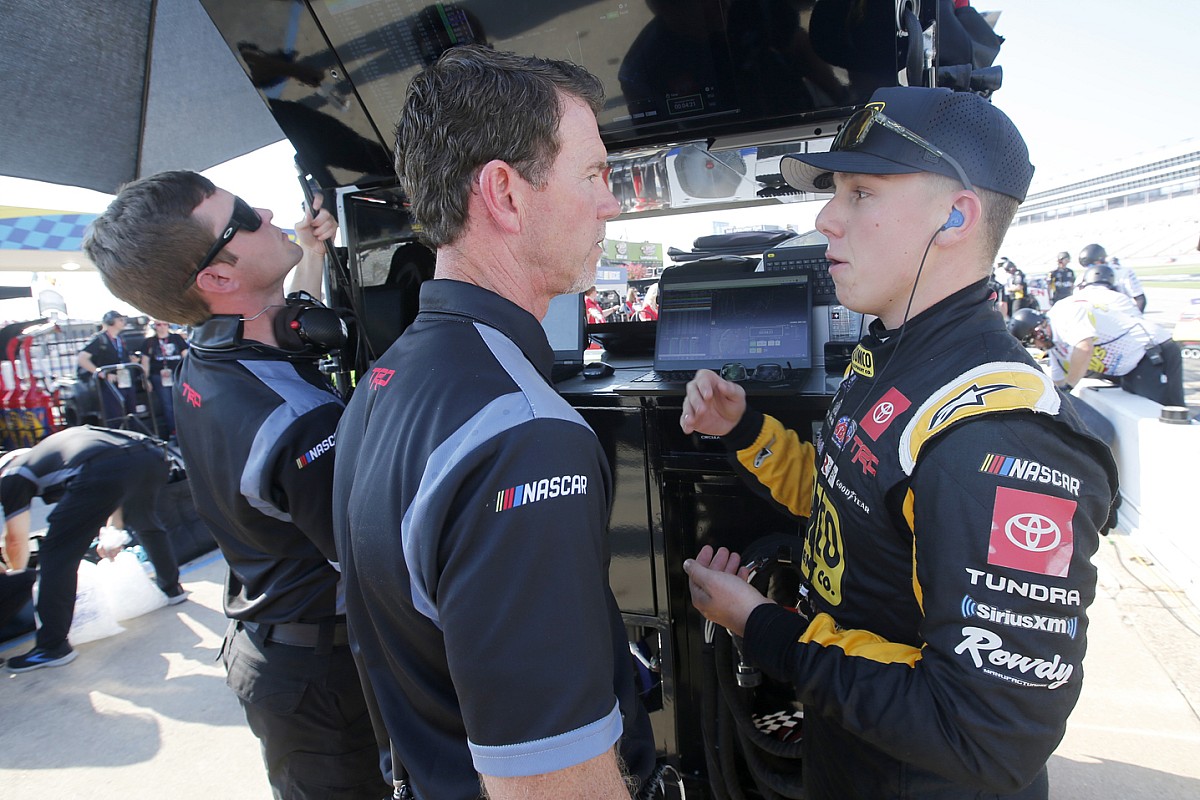 The crash was caused by John Hunter Nemechek losing control of his Toyota in the outside lane at Turn 2 after a Lap 117 restart.

He was collected by Justin Allgaier’s Chevrolet, sparking a huge wreck that also took out fellow playoff contenders Brandon Jones (Toyota) and Daniel Hemric (Chevrolet) who were both caught up in the chaos that ensued. Nine cars in total were involved.

“I thought we were in a really good position there at that restart,” said Allgaier. “I was able to shove the 18 [Nemechek] out there, and the 9 [Noah Gragson] was kinda stuck in the middle and I felt like the 18 just started to get loose.

“I tried to get to the left of him and it was all over when he caught my right-front corner. Game over. I hate it for everyone at JR Motorsports, not the start we wanted with the playoffs starting. I know we’ll rebound at Talladega, that’s why you get all those bonus points in the regular season.”

Allgaier is 21 points above the cutline, sixth in the post-season points.

Nemechek said: “The 7 [Allgaier] chose the top behind me. He started pushing, the 21 [Austin Hill] made it three wide. I was in the resin, I think we ended up four-wide at one point, which doesn’t really work, the aero was packed, the track was slick up there… I don’t know, it sucks.”

The major loser was Jones, who was classified 27th and has slipped 12 points below the cutline despite starting from pole at Texas. Jones previously survived a major scare on the opening lap, when he was tagged into a huge slide at the very first corner of the race, but was powerless to avoid the Nemechek/Allgaier clash.

“I already knew going into that top lane, too much trash gets blown up there,” Jones rued. “The 18 was pushing a bit too hard, nothing to fault him but maybe a bit too early to be pushing that hard, a frustrating day. That’s what happens when you don’t get stage points all day.”

Hemric – who won stage one after staying out when others pitted ­­– crashed to the inside in the melee, and wasn’t quite sure how he got there. He is now seven points below the cutline.

“I chose the top and saw the 2 [Sheldon Creed] starting to check up, I hung a left to miss him and I don’t know if it was a huge aero shift or I got tagged in the back, I just got shot dead left and hit the wall.

“We won a stage, that’s why you try to get ’em while you can and get all the points that are on the table.”

The biggest playoff loser of the day was Jeremy Clements, who hit engine issues before half distance and was forced out. He is now 28 points below the cutline with two races to go in this round.