2022 has been an up-and-down season for Bubba Wallace.

After nearly winning the season-opening Daytona 500, Wallace struggled for results. In the 18 races that followed, he scored just one top-ten.

But things have changed since New Hampshire. After finishing third there, he went on to place eighth at Pocono and then fifth at Indianapolis. His most recent top-five is now Wallace’s career-best finish on any road course.

So what’s suddenly gone right for the No. 23 Toyota? Well, in the chaotic closing laps at the Indy RC, ‘luck’ had a lot to do with it.

“I don’t know where we stacked up – top-20 all day,” said the 23XI Racing driver. “I’ve made improvements on road courses, but out there I feel like I’m busting out qualifying laps and it’s just good enough to get that position. I got to figure out where to gain speed. I’ve got a great team behind me. Everybody at 23XI, I appreciate it. They gave me a decent car – a decent car to go out and learn with and survive. A good day for Embrace – in their first race for us with our Toyota Camry TRD. It was a good day. Good day to come out of Indy with a surprising top-five.”

Speaking of the final few laps, Wallace admitted: “It wasn’t pretty. I closed my eyes on the at last one and I picked off four or five guys and the next thing you know, we were sixth. It just so happened to work out. I’m getting better slowly and slowly at these things. I want to be the best at these things, and I’ve got a lot of work to do.

“I’m frustrated with myself, but happy with the luck finally changing around. It seems like we’ve been beat down so much over this year. We’ve got four races to go to continue to climb. I’m proud of this team … Just have to keep going. We’ve got Michigan coming up. I’m really strong there so I’m looking forward to that. Richmond and Daytona and Watkins Glen – have to survive there.” 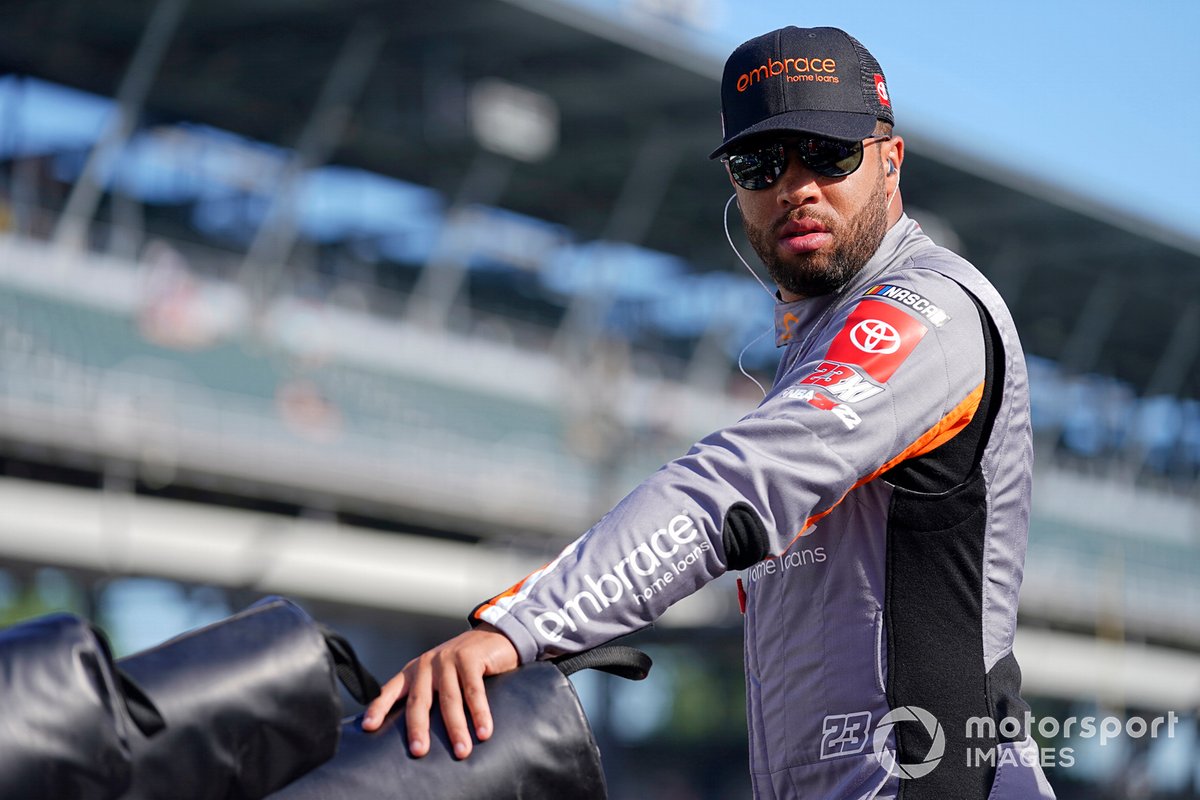 It’s not Wallace’s first top-five at the Brickyard, having finished third in the Brickyard 400 on the oval in 2019.

“It’s a really cool place. The last couple of races on the oval we were top-10, so it’s good come back and be competitive somewhat today. I still have to do a lot of learning on these road courses, but surviving, staying in the game. Crew chief (Bootie Barker), crew, everyone at 23XI kept us in the game to have a finish like this, so it’s good.”

Now just four races remain in the regular season, including another road course at Watkins Glen. Wallace’s only realistic shot at making the playoffs would be to win over the next month. Besides WGI, the Cup Series takes on Michigan, Richmond and Daytona, which is a track where Wallace has enjoyed several strong performances.