Villeneuve: Qualifying for Daytona 500 only topped by F1 and Indy victories

Villeneuve, who was F1 champion in 1997 and Indy 500 winner in ’95, qualified his No. 27 Hezeberg Engineering Systems Ford Mustang on speed on Wednesday night for NASCAR’s biggest race of the season on Sunday.

He takes one of the four non-charter spots on the grid, with Beard Motorsports’ Noah Gragson also locking himself in via time trials.

When asked how his achievement ranked in his career, Villeneuve replied: “Super high. Obviously, it’s not a win.

“It’s not like winning the Indy 500 or the F1 championship, but at this point in my career the last time I tried to qualify here was 14 years ago, just to make the show is incredible because it’s a small team.

“We didn’t link up with a big team to get the car ready and it’s highly unexpected to be able to make it on time, so it ranks right after these big wins.

“To be able to make such a big race at such a high level is amazing and when I’m in the race car I don’t realize that I’m 50, which is good. As long as it carries on like this, I can’t imagine myself stopping racing.” 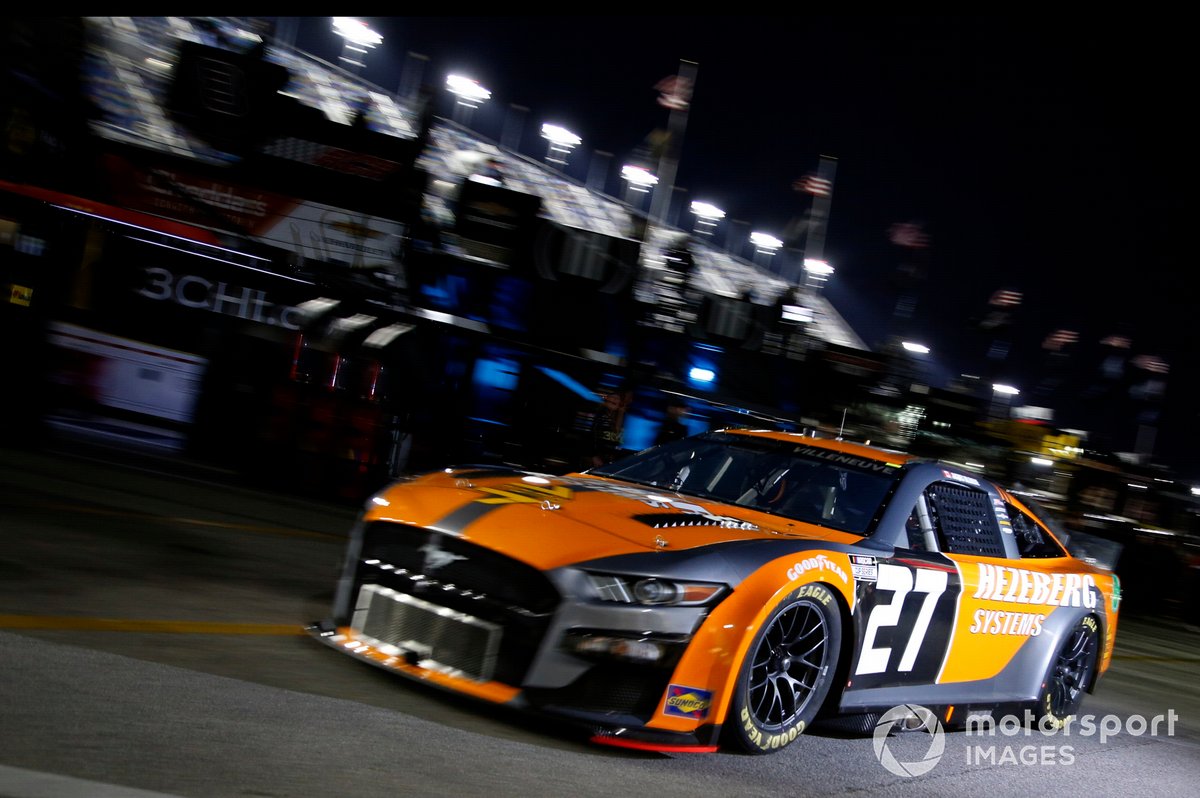 Villeneuve said that some people had written him off as a professional driver, but victory in the European NASCAR series at Vallelunga last year had proved he still had what it takes.

“It’s satisfying and amazing because there’s quite a few times where I’ve been hearing, ‘OK, come on. You’re past it. Just give it up,’” he said.

Villeneuve, who is driving the car part-time until Team Hezeberg’s primary driver Loris Hezemans gains enough experience to race at the bigger NASCAR tracks, didn’t expect to qualify on speed and was concerned that he might not be able to race his way in via today’s Duel race. 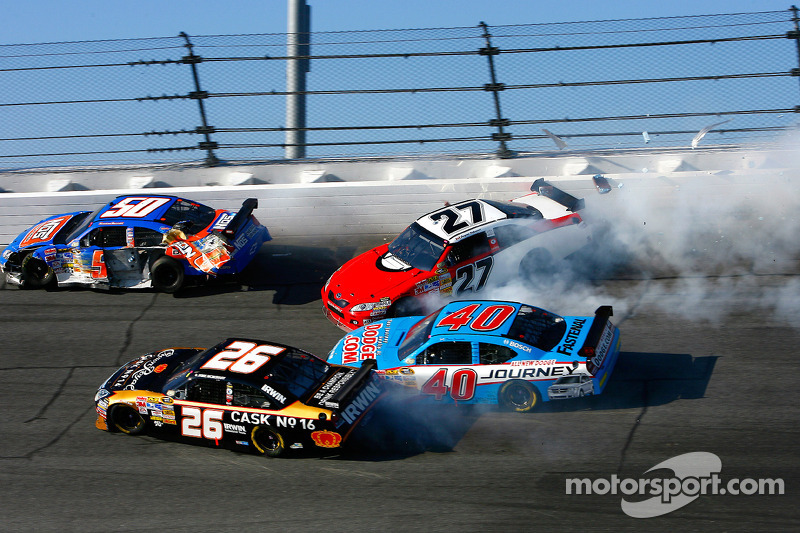 “I was convinced we didn’t have the speed to get in on time, and I thought we would then have to fight it through the Duels,” he admitted.” Somehow the car was a lot easier to drive. It was easy to be smooth because we got in by not a lot.

“It was very, very close. It was all a matter of getting right up to speed coming out of turn two, going through the gears, getting away from the wall to not block the air, just getting these extra few revs and that made the difference.”

The team is run by Toine Hezemans and businessman Ernst Berg, with technical support from Reaume Bros Racing. If the team gets a strong result on Sunday, it could mean an increased program in the Cup Series as it is not expected to appear at every round.