Tyler Reddick: “I should have done a better job” on last lap 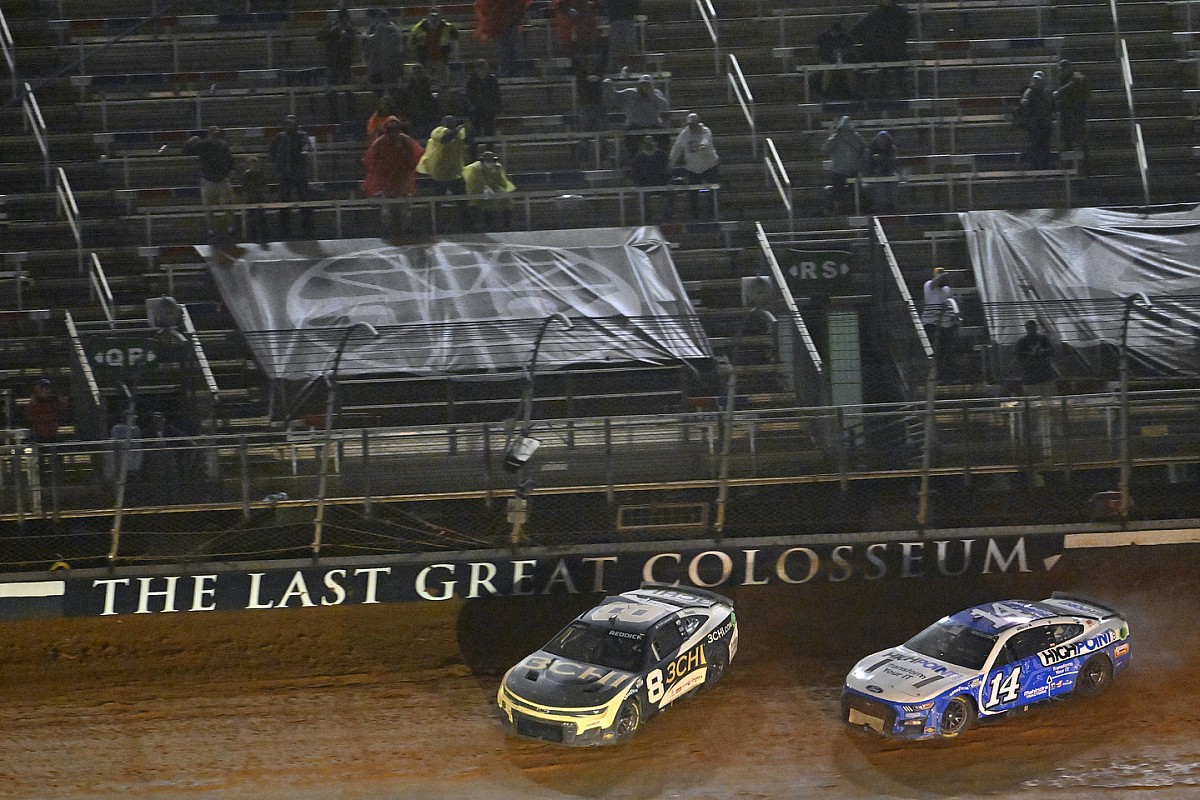 Reddick was one turn away from seeing the checkered flag in Sunday night’s Bristol Dirt Race but Chase Briscoe made a desperate move for the lead that ended up sending both drivers for a spin.

Reddick was able to recover and cross the finish line but Kyle Busch – who had been running far behind in third – caught him at the checkered flag by 0.330 seconds to steal the win. Briscoe ended up 22nd.

“I don’t think I did everything right, to be honest with you. Briscoe was able to run me back down there,” Reddick said after the race. “Just looking at it, I should have done a little bit better job.

“I don’t know. I shouldn’t have let him get that close. He ran me back down; worked really hard to do that. I mean, you’re racing on dirt, going for the move on the final corner. It’s everything that as a driver you hope to battle for in his situation.”

Still, it left Reddick without a victory in 83 starts and he again came agonizingly close to a win.

“It does suck, but we were able to finish second still. I’m being honest,” he said. “I should have done a better job and pulled away so he wasn’t in range to try to make that move. That’s how I look at it.”

Briscoe did seek Reddick out on pit road after the race and after patiently waiting for Reddick to complete interview, offered an apology.

After shaking hands, Reddick ended with, “It’s all good. Next time.”

Briscoe, who earned his first Cup win earlier this season at Phoenix, said he did not want to wreck Reddick as the two have become good friends.

“That was my fault, 100-percent,” Briscoe said. “That was just racing, I feel terrible about it.”