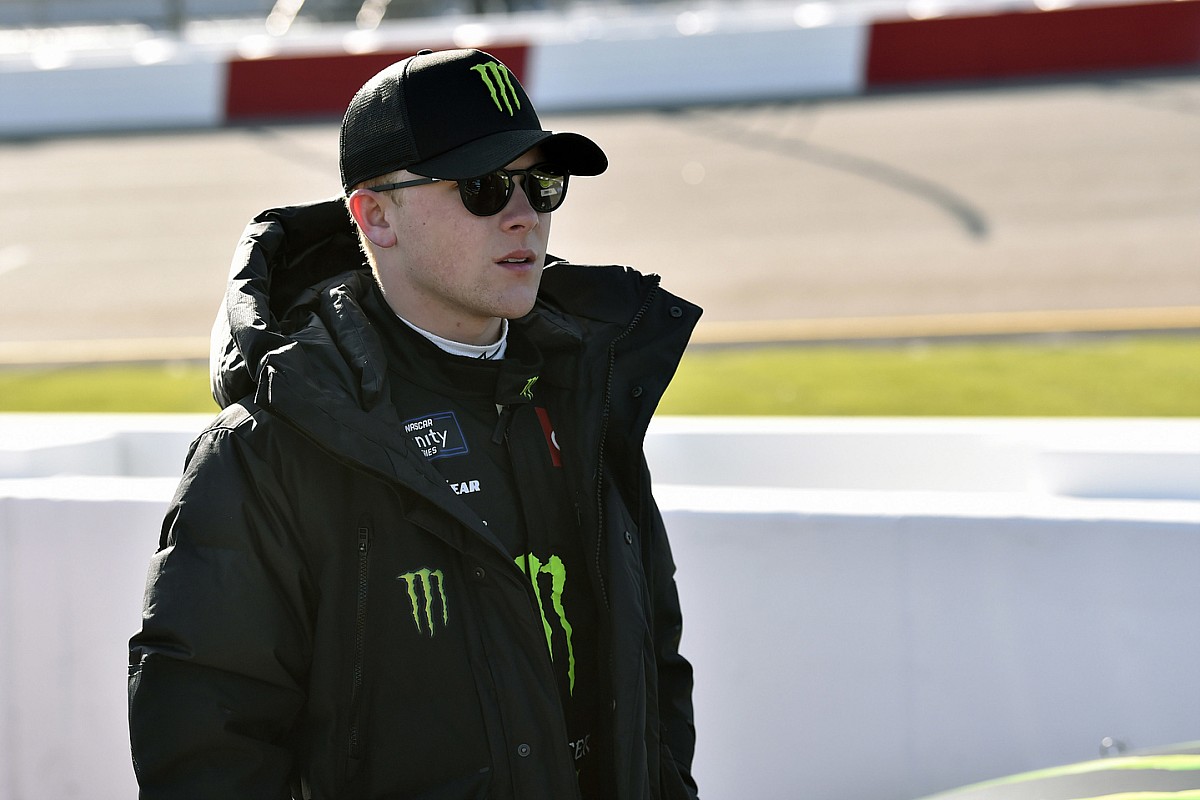 Gibbs, 19, dominated much of Friday night’s NASCAR Xfinity Series race at Martinsville (Va.) Speedway and led the way on the start of the final two-lap overtime.

However, in a reversal of fortunes from last weekend at Richmond, it was Gibbs who got nudged out of the way on the last lap by his teammate Brandon Jones, who went on to win his first race of the season.

After being passed, Gibbs fell back into a three-wide battle with Sam Mayer and Landon Cassill as Gibbs and Mayer still had a chance to win the $100,000 Dash4Cash bonus. Mayer – in the middle – nudged Gibbs up the track and he ended up finishing eighth.

A.J. Allmendinger ended up collecting the bonus as Mayer dropped to fifth after the contact. On the cool-down lap, Gibbs attempted to spin Mayer on the track.

After both parked on pit road, Gibbs went directly to confront Mayer and appeared to hit him in the chest as Mayer was removing his helmet. The two had a brief conversation as Mayer tried to get Gibbs to remove his helmet, the two traded shoves and Gibbs struck Mayer with at least three punches.

“I tried to talk to him and then he got all in my face,” Gibbs said when asked to describe the incident. “At that point, we gotta start fighting. We got put in a bad position there.

“Just frustrating. Just got drove into the fence at the end. I was on the other side of it last week, so that’s part of it.”

After visiting the infield care center for a cut above his left eye, Mayer, 18, offered his take on the confrontation.

“I put a bumper to him for 100 grand and he got upset about it. He’s been doing that to everyone else for a couple weeks,” Mayer said. “It’s kind of funny because he walked up to me, I had my helmet off already. He had his helmet on so obviously he was scared about something or he had it in his mind to throw a punch the whole time. That’s on him, not me.

“I’ll talk to him if he wants to but I’m fine. I couldn’t care less. I’m going to move on and race everybody just as hard. That’s what the Xfinity Series is all about. I’m going to go out there and do my best and he can do whatever he wants.

“At the end of the day anyone can do whatever they want to him because he put himself with that reputation, so it doesn’t matter.”

Allmendinger, who witnessed the incident on the track and pit road, said, “What I saw on pit road was stupidity.

“I’m happy with the money. That was a struggle. We did all we good. It was definitely not where we wanted it to be.”

NASCAR said it will review the matter and any penalties will be announced next week.