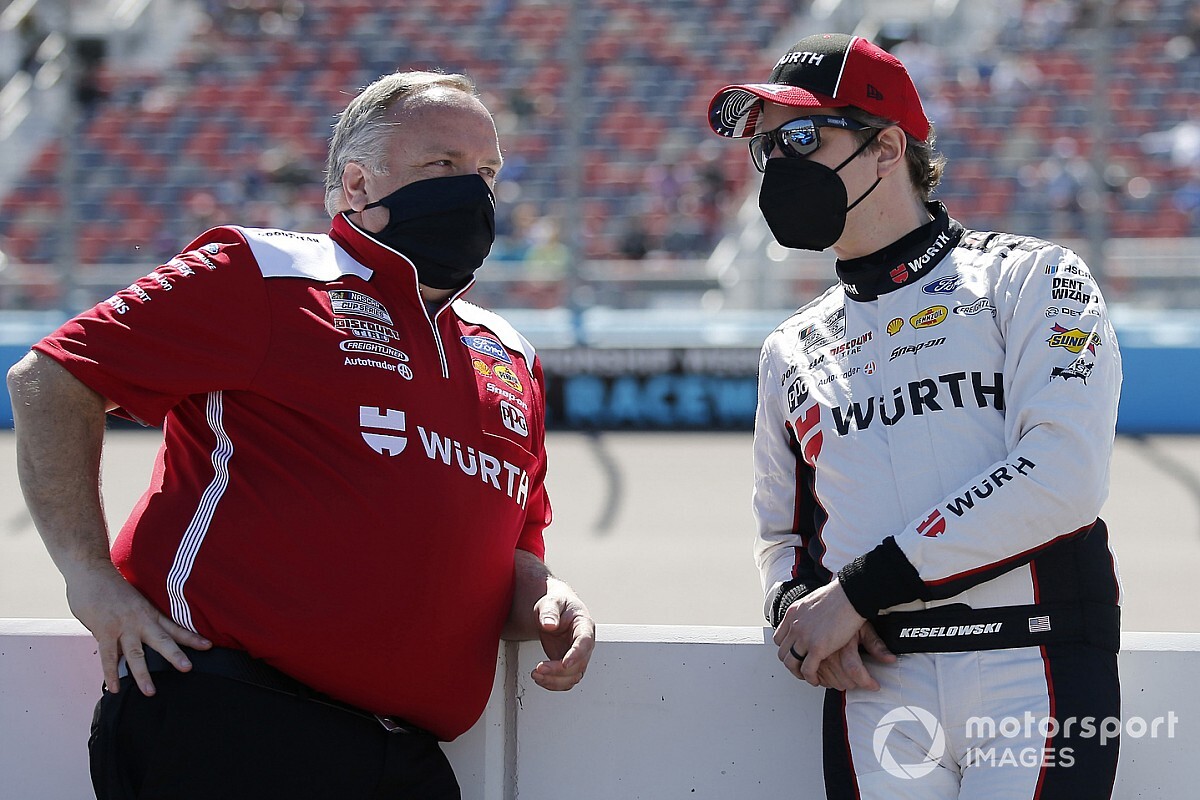 This week, NASCAR handed out $70,000 in fines for lug nut violations, resulting in the suspensions of two Cup Series crew chiefs.

However, the No. 2 car of Brad Keselowski (Team Penske) and the No. 99 of Daniel Suarez (Trackhouse Racing) were found to have multiple lug nut violations. The result was a $20,000 to each team and a one-week suspension for crew chiefs Jeremy Bullins and Travis Mack.

Over the last three races, 17 Cup teams have been penalized for lug nut violations, totaling $200,000 in fines and three crew chief suspensions — the other being Mike Shiplett at Stewart-Haas Racing.