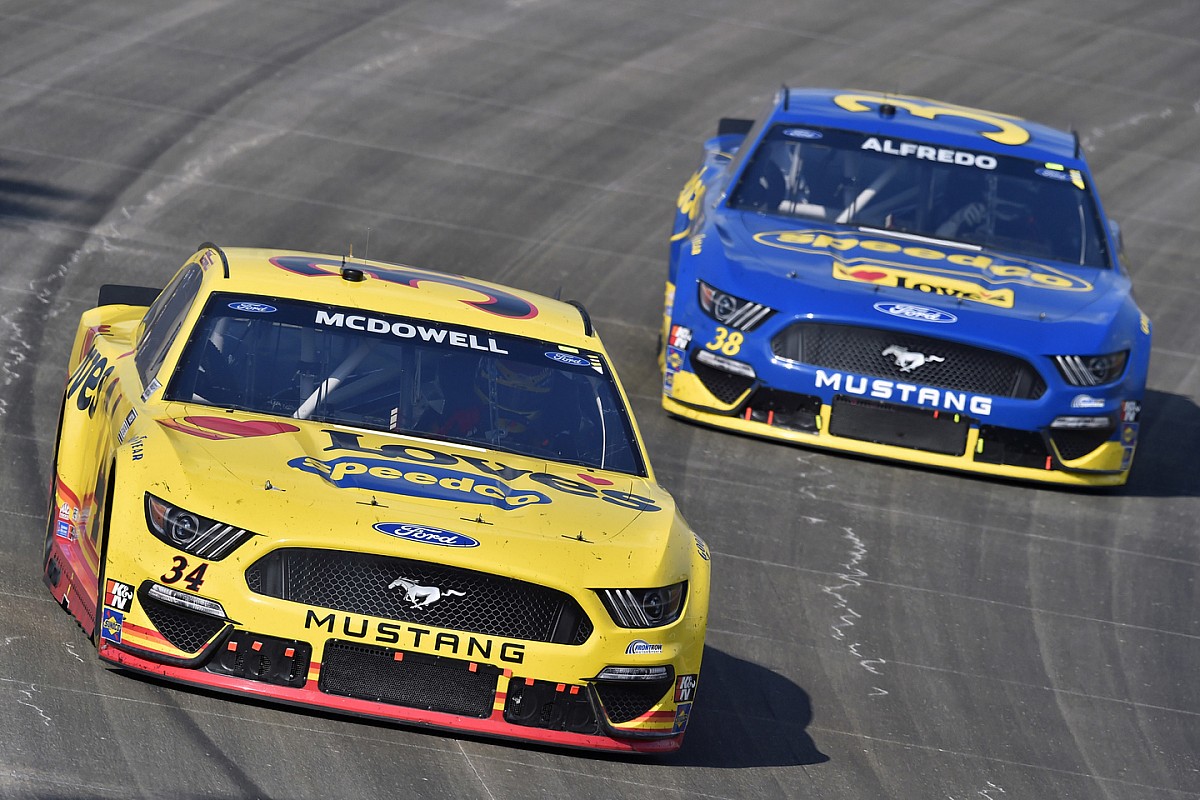 Drew Blickensderfer, the crew chief of Michael McDowell’s No. 34 Ford, and Seth Barbour, crew chief of Anthony Alfredo’s No. 38 Ford, were both ejected from the track after NASCAR officials found unapproved deck lid extensions on their respective cars. Both cars belong to Front Row Motorsports.

Both drivers will start Saturday night’s Cup Series race from the rear of the field and further penalties for the infractions may be issued by NASCAR next week.

In addition, Kyle Larson – who was to start on the pole – will also have to start from the rear of the field as his No. 5 Hendrick Motorsports Chevrolet failed pre-race inspection multiple times.

The cars of Joey Gase, Corey LaJoie and Kaz Grala also failed pre-race inspection multiple times and will join Larson, Alfredo and McDowell at the rear of the field.