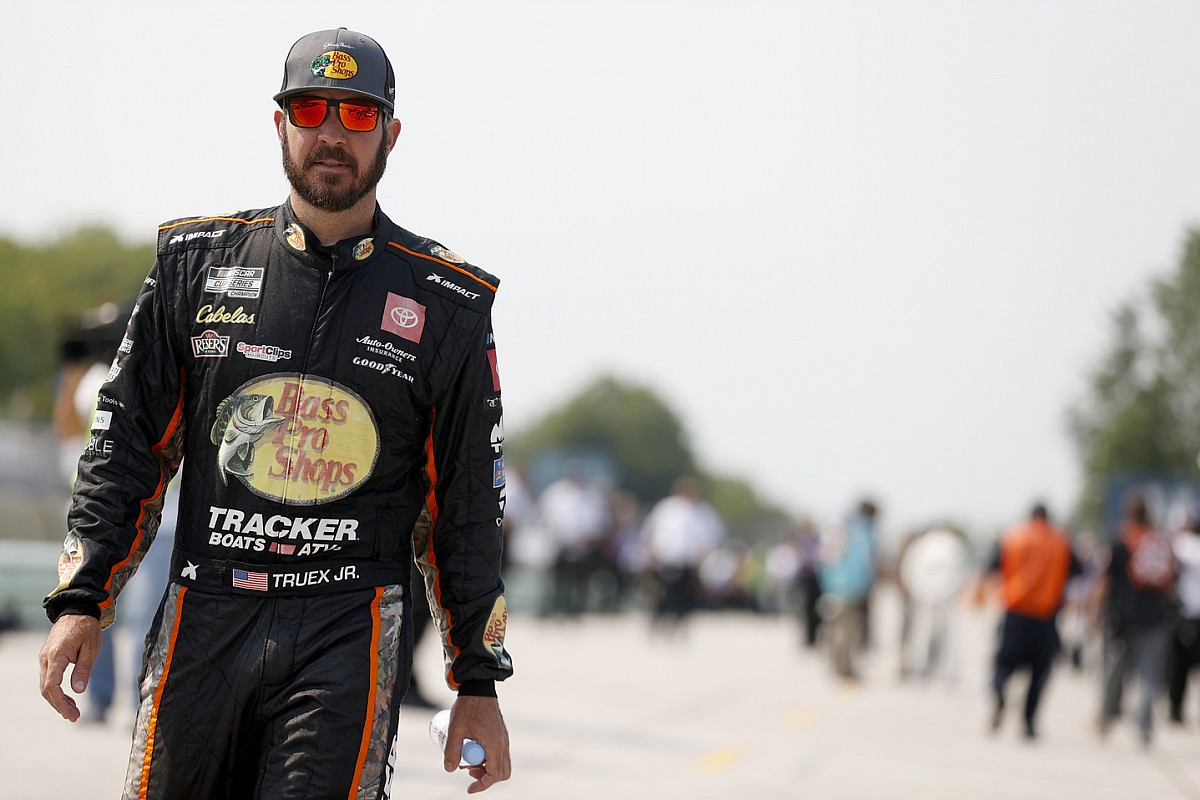 Truex posted the top single-lap speed of 98.028 mph in the final minute of the session, which was extended by several minutes due to a late caution for Bubba Wallace going off course with a flat tire.

William Byron ended up second-fastest and also posted his fast lap (97.479 mph) in the few additional minutes added to the session.

Turn 1 on the 2.439-mile, 14-turn road course looked to present a problem for several drivers – Kyle Busch, Hamlin, Anthony Alfredo and Brad Keselowski among them – who locked brakes entering that turn during the course of the session.

Several drivers also ran off course during the session, including Hamlin, whose No. 11 Toyota scooped up a large amount of infield grass with the nose of his car.

Wallace ran off course late in the session with a flat tire and his No. 23 Toyota and brought out the only caution of the session. He had to be towed back to the garage.