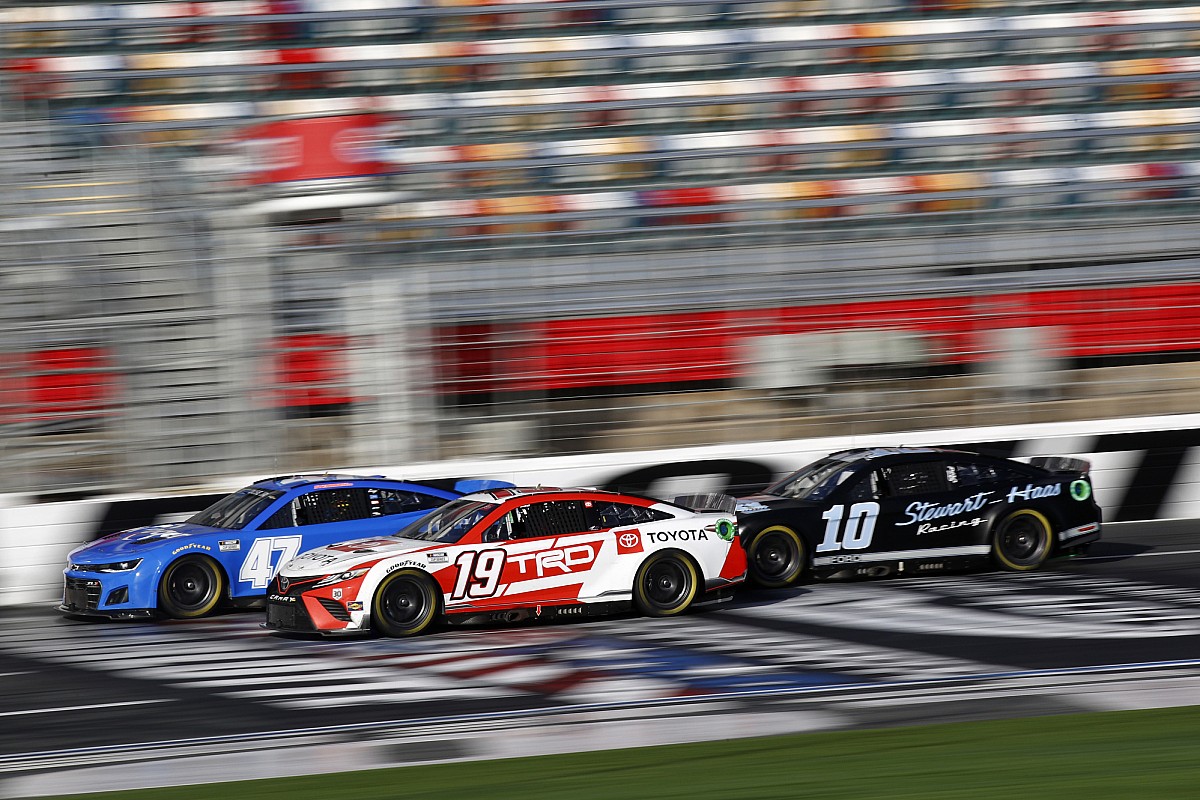 With the introduction of the Next Gen car and the relative short time teams have had to test and work on them, drivers may need longer than usual to determine where they stack up with their competition.

“I think it’s going to take a while. Typically, we go through the West Coast swing and Atlanta and Daytona and you kind of have some kind of an idea of where you are or get kind of a good feel on how things are going to be,” said veteran driver Martin Truex Jr.

“I think this year is going to be way different – I think it’s going to take a while longer. We’ve never had anything change as much as we have with the car this year.”

In addition to a car with what many term “revolutionary” changes, especially when it comes to NASCAR racing, the start of the 2022 schedule will leave it difficult for teams to gauge how the remainder of the season may go.

The “unofficial” start kicks off on Sunday with the non-points Busch Light Clash exhibition race on a made-from-scratch ¼-mile oval inside the Los Angeles Memorial Coliseum.

An official NASCAR race hasn’t been held on that small a track since the early 1970s and whatever takes place on Sunday will have little to nothing to do with how the remainder of the 2022 season plays out.

After the Clash is the Daytona 500, but that race is held on a superspeedway which has different aerodynamic rules than the vast majority of tracks on the schedule.

Daytona is followed by Auto Club Speedway in California – a 2-mile oval which is also much unlike most tracks on the schedule. The March 6 race at Las Vegas Motor Speedway – a 1.5-mile track – may provide the first indication of how teams may stack up in the long term.

Learning as we go

Even then, Truex says, teams will still have little on-track experience and each track may end up bringing its own unique challenges.

“It’s going to take us quite a while to figure out where we are at, to learn about this car, to understand how to make it work on different types of race tracks and I think that’s going to go on for a while,” he said.

“Things are going to change very rapidly through the first half of the year. It’s going to take a while to really feel comfortable where you are or understand things to the extent we have in the past.”

Truex and his No. 19 Joe Gibbs Racing Toyota team are coming off a runner-up finish in the 2021 championship race – his third finish of second or better in the series standings in the past five years, including his 2017 title campaign.

While Truex said he generally enters each season with a lot of anticipation, he admitted this year there are “more question marks than ever.”

“We’ve been in situations like this where a lot of things are changing, and you don’t really know. You just try to prepare the best you can,” he said. “I, obviously, have a great team and a lot of good people around me, and I try to take advantage of those people the best that I can and that usually works out.

“I look forward to it and just being open-minded and take them as they come.”