Toyota: NASCAR’s Next Gen car made LA Clash a success 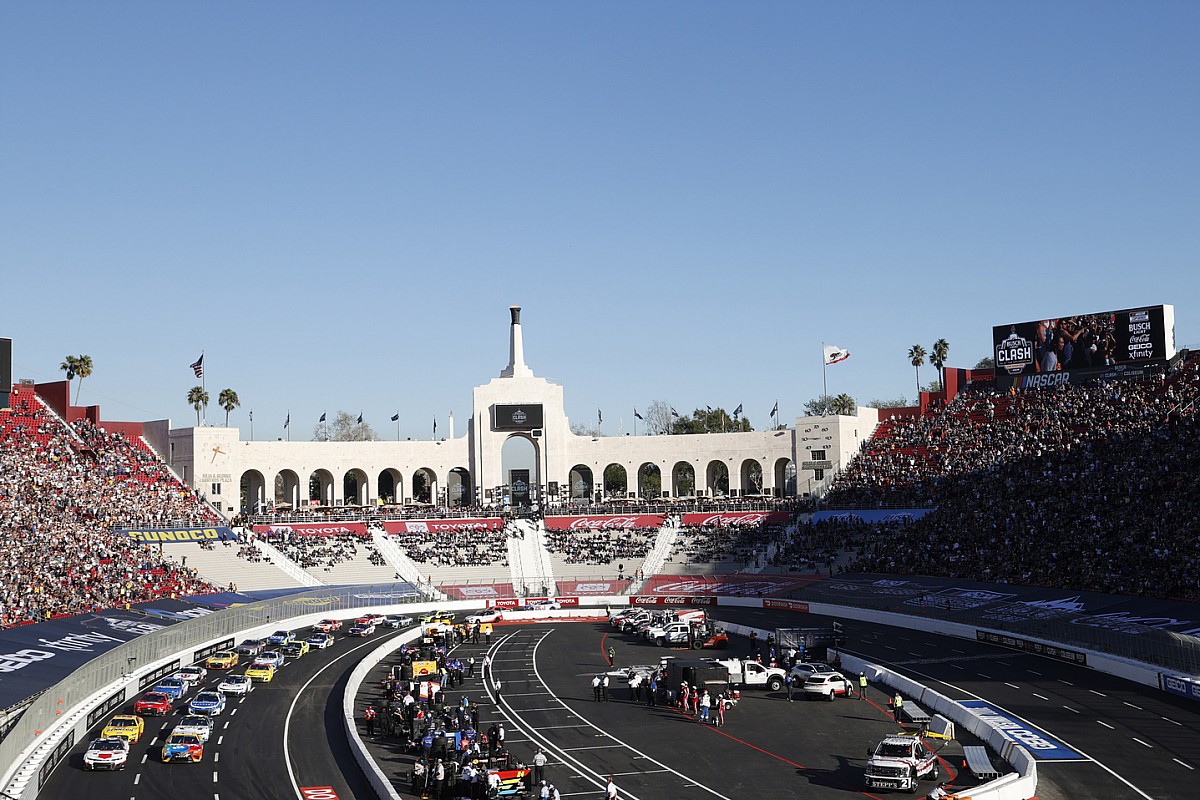 Sunday’s race was the first the time Next Gen car had taken to the track in extended racing conditions, but Wilson thinks the car’s “revolutionary” technology is what made for competitive racing on the tight made-from-scratch ¼-mile asphalt oval.

“There’s no question the car was critical to the success of the on-track product and it being to race. This is a revolutionary product,” Wilson said Thursday. “I hope as we start the season, we’ll be able to talk more about that and I’m sure our (TV) networks will get into it to give our fans an understanding of what makes this car so different and so special.

“The technological relevancy of this car is what allowed us to race on a such a small track. It’s the rack and pinion steering, the independent rear suspension as well as the front suspension, it’s the bigger brakes.

“All of those things allowed us to take a car somewhere that we wouldn’t have been able to do previously. I am encouraged because I believe it opens a portfolio of opportunities for our sport that previously were much more limited.”

Asked if he thought the Gen-6 car could have produced a similar on-track product, Wilson said, “I don’t think so. I don’t think so. Again, we’ll never know. The irony is we wrestled with NASCAR – a lot of us wanted to take the Gen-6 to the Clash because we didn’t want to tear up our brand new stuff.

“If it was going to be a crap show so then let’s just take our old crap. We were wrong. We were wrong. I applaud NASCAR for holding the line. This is an example where they had it right – good for them, good for us and good for our fans.”

Following the completion of Sunday night’s race, in which Joey Logano held off Kyle Busch for the victory, Busch’s initial reaction to the event appeared to mirror Wilson’s post-Clash analysis.

“I don’t know if the old car would have been applicable for this track. I say that because the tire is skinnier on that car, got a solid rear-end axle housing in it, so you wheel hop getting into the turns,” Busch said.

“The turning radius of that car, it definitely would not have put on a show that this car does. This car is definitely different.”

The event was a ratings success.

According to Nielsen Media Research, Fox TV earned a 2.32 rating and 4.283 million viewers for Sunday’s Clash – a 168-percent increase in viewership from last year. It was also the highest viewership for the event since 2016, when it was also broadcast on Fox.