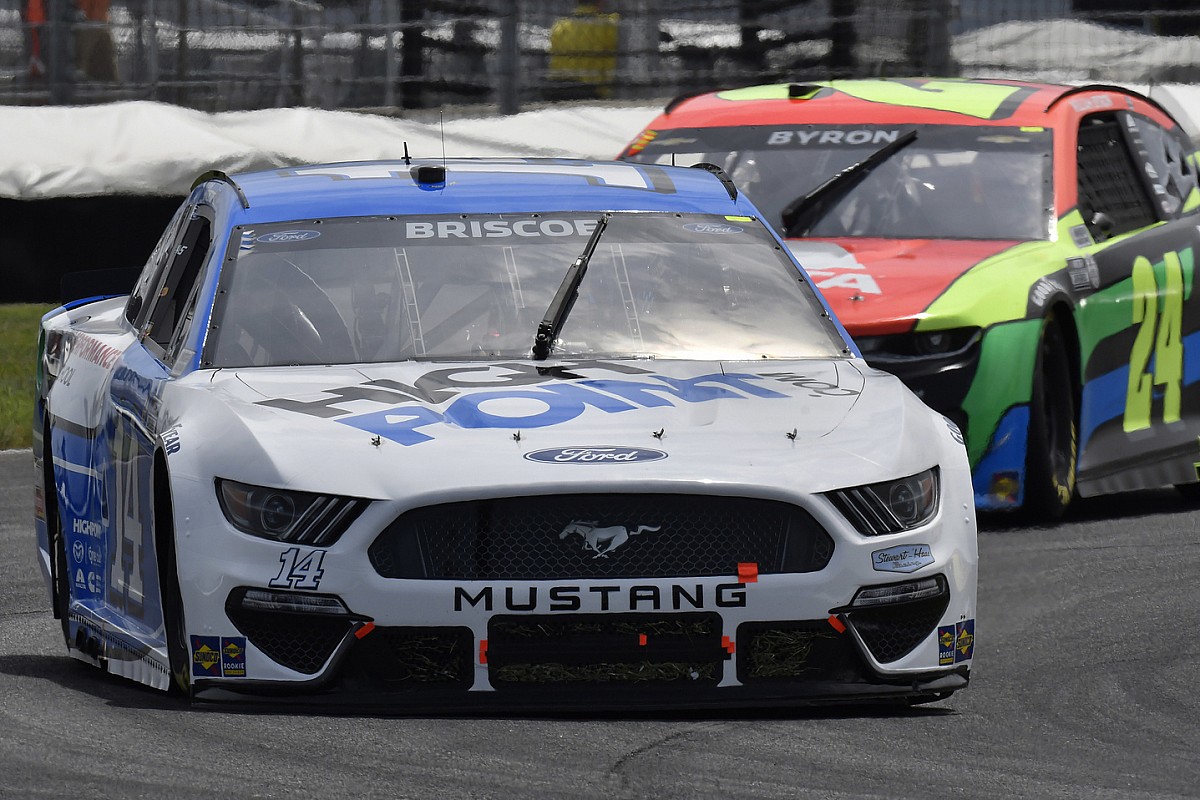 Briscoe struggled through his rookie year in the Cup Series in 2021, with just three top-10 finishes and all coming on road courses. But he wasn’t alone – the entire Stewart-Haas Racing organization spent much of the season trying to overcome performance issue.

Briscoe still manage to take home rookie of the year honors and picked up a bigger prize last week – a new multi-year primary sponsor of his No. 14 Ford team in Mahindra Tractors.

And with NASCAR’s move to its Next Gen car in 2022, Briscoe will basically be on the same learning curve this coming season along with the series’ veterans.

“To have a great rookie season, get to go to all these tracks and race with all these drivers before we go to a Next Gen car next year I think was a great advantage for him, but I feel like it’s a level playing field for him, now,” said SHR co-owner Tony Stewart.

“Nothing is new anymore other than the car, and it’s a new car for everybody, so I feel like this is a chance for Chase to shine with a new race car and a new partner that is bringing a lot of excitement to the shop already.”

Next Gen something ‘exciting’ and ‘different’

Briscoe’s NASCAR learning curve was slow to start but he won his first Truck Series race in 2017, managed one win in a difficult season in Xfinity in 2019, only to come back in 2020 with a series-leading nine victories. He ended up fourth in the final season standings.

Briscoe, 26, knew the transition to the Cup series would be difficult but is looking forward to having the experience gap in the car compared to many of his fellow drivers not leaving him at quite a big of a disadvantage each week.

“I don’t have a ton of experience with the old car, but the new car definitely has some tendencies I feel like that are similar to the old car. But the biggest thing, that I think is kind of obvious, is you can drive the car way harder than the current car,” Briscoe said.

“That window you have of being on the edge is a lot smaller in the Next Gen car versus the older car. It was just a way bigger window. You can drive that car way harder, but the potential to go over that edge is way smaller.”

Briscoe has driven the Next Gen car once on the Charlotte Roval road course and once on an oval. He will participate in this week’s second test on the Charlotte oval track, which begins Wednesday.

“I’m excited for it. It’s something different,” he said.

Obtaining a multi-year sponsor deal that covers a majority of the season’s races for the team is also an added plus for a young driver.

“It gives you a huge confidence boost. Just helps you have security in the sport,” Briscoe said. “I think that’s hard to find, and especially as a young guy. Every weekend we go to the racetrack wanting to win, but you’re going to have a bad weekend at some point throughout the year.

“To have that confidence and know that they’re still behind you is a huge thing as a young driver. It’s something I’m definitely thankful for and one I’m really looking forward to.”