Austin’s Daytona victory, which he achieved on team founder Roger Penske’s 85th birthday, cemented his place in the end-of-season Playoffs at the earliest opportunity.

His father says the #2 car’s maiden success in the 500 was significant in many ways for the team, since Brad Keselowski left the outfit for an owner/driver role at Roush Fenway Keselowski Racing.

“The #2 car has never won the Daytona 500,” said Cindric, who was speaking at the St Petersburg IndyCar event to Motorsport.com and Associated Press. “And there are people who’ve been there since the beginning of the #2, they don’t travel to the track, they’re at the shop, and a few of them have told us they’re going to retire this year, so for them to have a Daytona 500 win in their last year is pretty cool.

“[Crew chief] Jeremy Bullins and those guys had opportunities to go do other things, and I guess they were rewarded for their loyalty with a Daytona 500 win. It takes the pressure off in some ways, and Austin says the real season starts now.”

The victory also means Penske has won both races with NASCAR’s new Next Gen car so far.

“This team takes a lot of pride in when something’s new, who succeeds first,” said Cindric. “Eventually, everybody gets to the same point, so from a team morale perspective, it’s been a great start.” 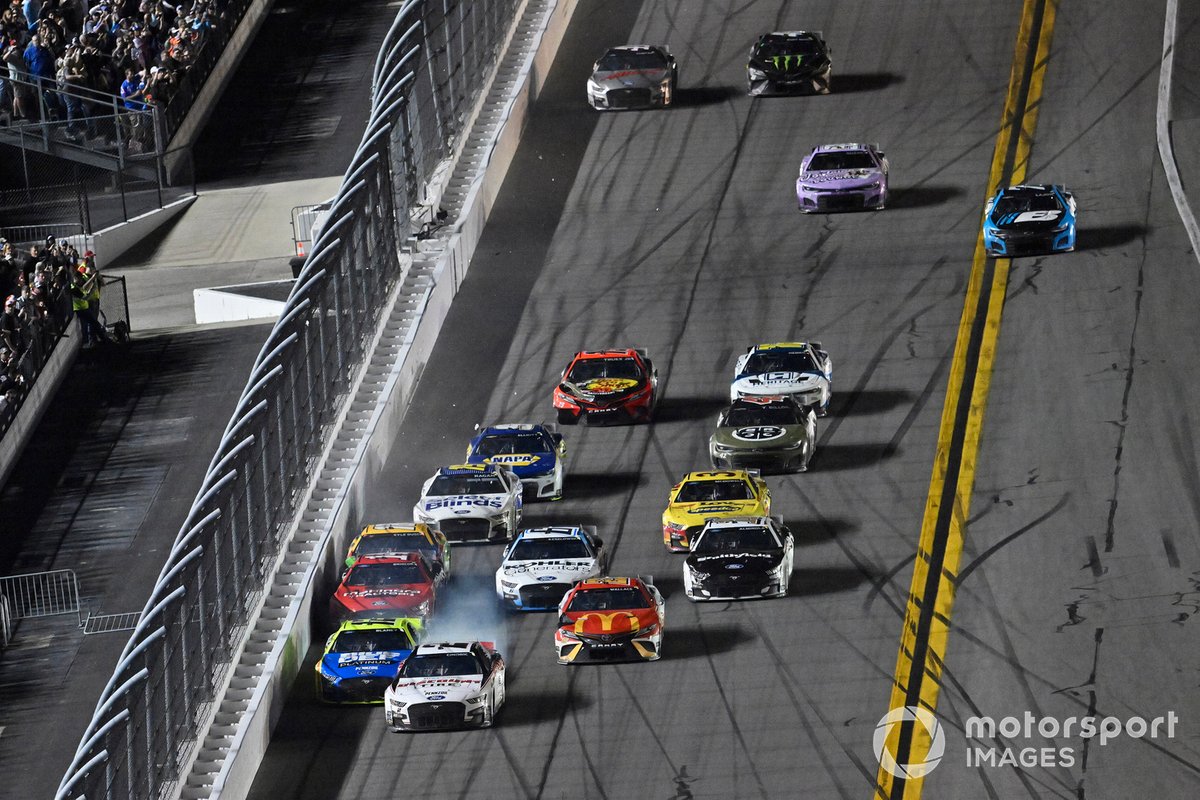 Austin won the race after throwing a hard block on Penske teammate Ryan Blaney on the run to the finish line, before doing likewise with Bubba Wallace’s 23XI Toyota, to ensure victory.

When asked how Blaney was after the incident, Cindric Sr replied: “I think in the moment you go through… ask Blaney. The frustration he’s had with not winning that race yet is similar to a lot of the other drivers.

“I think internally he’s always been a team player, I have no reason to think he’s not and won’t be, but anybody in one of those spots you’re going to do whatever you can to win the race.”

When pushed if he thought the block was appropriate, he responded: “I think that’s a better question for Roger rather than Austin’s dad!”

Cindric insists he hasn’t dwelled too much on how to juggle his team boss/father responsibilities, and that his long experience in the sport has helped him with how to deal with the situation.

“I haven’t had to do too much of it,” he said of ‘switching hats’ from team president to being Austin’s father. “For me, mentally, my responsibility is to the team to do the right thing, that’s the way I’ve always looked at it.

“He said it this week – ‘I don’t know what I have left to prove’ – internally for himself he understands the work that he’s put into it. It’s always better to ask the people who work around him, rather than his father, go ask the teams he’s driven for, the mechanics, the engineers. Multimatic, who he’s driven for a lot in sportscars, go ask those people.

“When the people around you, the people that know you, if you hear negative comments then you need to listen. If you hear that noise from the rest of the world, don’t ignore it, but don’t let it drive your decision-making process. Because ‘everybody’ doesn’t know you.

“I think he’s taken that advice since he was a kid, it doesn’t matter if you’re a race driver or a perceived rich kid, until somebody gets to know you, there’s those that judge and those who wait and base their opinion on facts. That’s what Megan [Tim’s wife, Austin’s mother] and I have always encouraged him to do, so if he does hear something he’s not sure about, ask those around you.

“And your real friends will be truthful, and that’s just life.”