NASCAR now ventures to the West Coast, starting with Auto Club Speedway at Fontana this weekend before journeying to Las Vegas and Phoenix.

These tracks are closer in layout to the intermediate ovals that NASCAR races on the most. Cindric admits he’s not yet confident that teams have got their arms around the new car just yet, and believes there are still some hurdles in front of the sport.

“I think there are still quite a few teething issues in this process,” he told Motorsport.com and Associated Press at the St Petersburg IndyCar event. “OK, there’s the supply chain issues, but the whole world is used to that. I think the racing people are just relating to the outside world now in different ways than they have before.

“I think there’s still a lot to be learned there, I think some of these teething issues haven’t raised their head yet – I hope I’m wrong – but you have to prepare for that. These two races have been such anomalies, nothing like what we’ll see in California or Vegas or COTA. So many things are quite a bit different to what we’ve seen until now.” 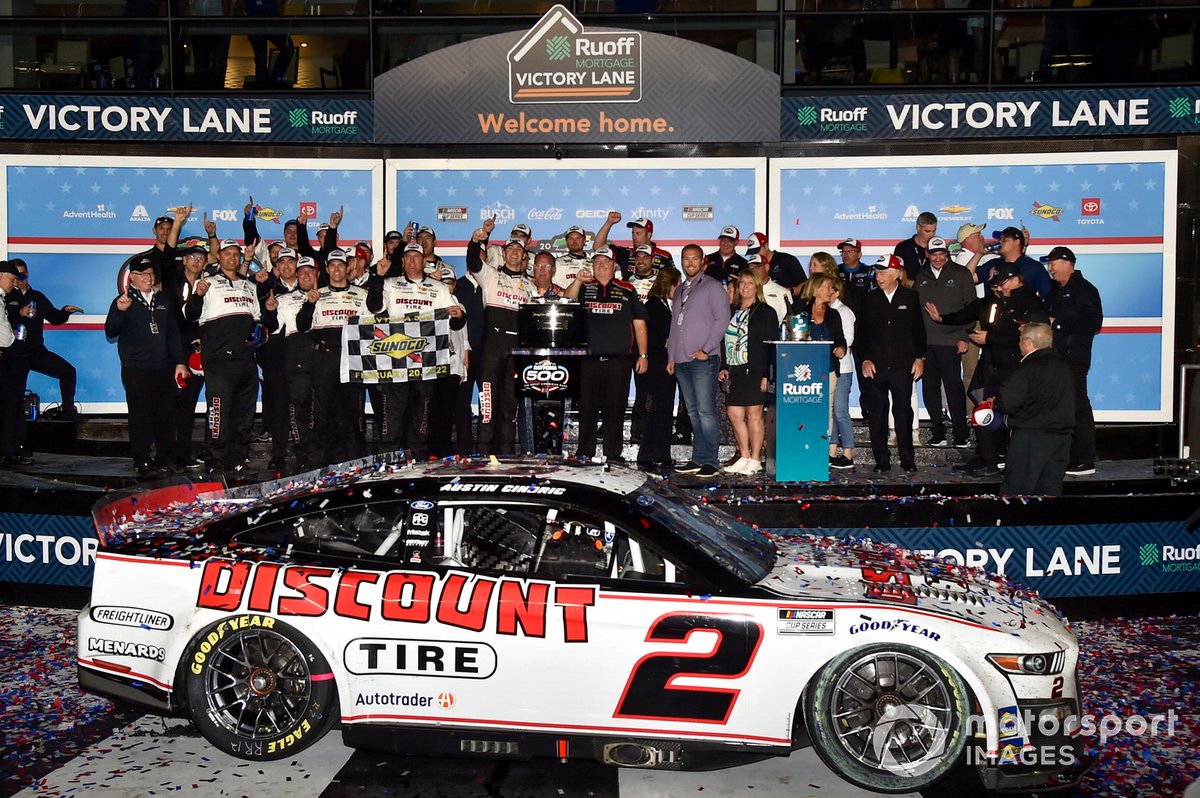 Despite the lack of inventory as teams build up their cars – which are based on NASCAR’s single-supplier ethos – Penske has already ‘retired’ the car with which Tim’s son Austin Cindric drove to Daytona 500 victory on team founder Roger Penske’s 85th birthday.

“We’ve rented JJ Yeley’s car to be a backup for the West Coast swing for the #2 car,” revealed Cindric. “We took the Daytona-winning car out of circulation, so we now have the car Yeley drove at Daytona as the backup.

“It was our choice to retire a car, I think we’re a little unique in that, as we’ve always tried to keep the race cars that have done extraordinary things in that state. Because you can let their state wander if you keep using them!

“We now have [Austin’s 500 winner] at home. Now Austin just needs to drive! I think Austin would rather it be in Roger’s collection than to take it home. That’s his mindset, being part of something big.”

Cindric says the car and parts supply remains in flux for the moment, with teams doing their best to rotate the cars as the season progresses.

“We went to Daytona with six for the four cars, I’m including the #21, and we’ve been repairing the cars for this next week,” he added. “I think we’re at 10 now.

“It changes by the day on pieces and parts. We’ve been taking cars that haven’t raced yet and putting them into circulation while we fix the others.

“The parts are very regulated, you’re not going to get in through the back door to getting parts and pieces. We’re going to try and get through this West Coast swing, and it’s whatever makes sense.”