Suarez needs to “do something different” in Daytona 500 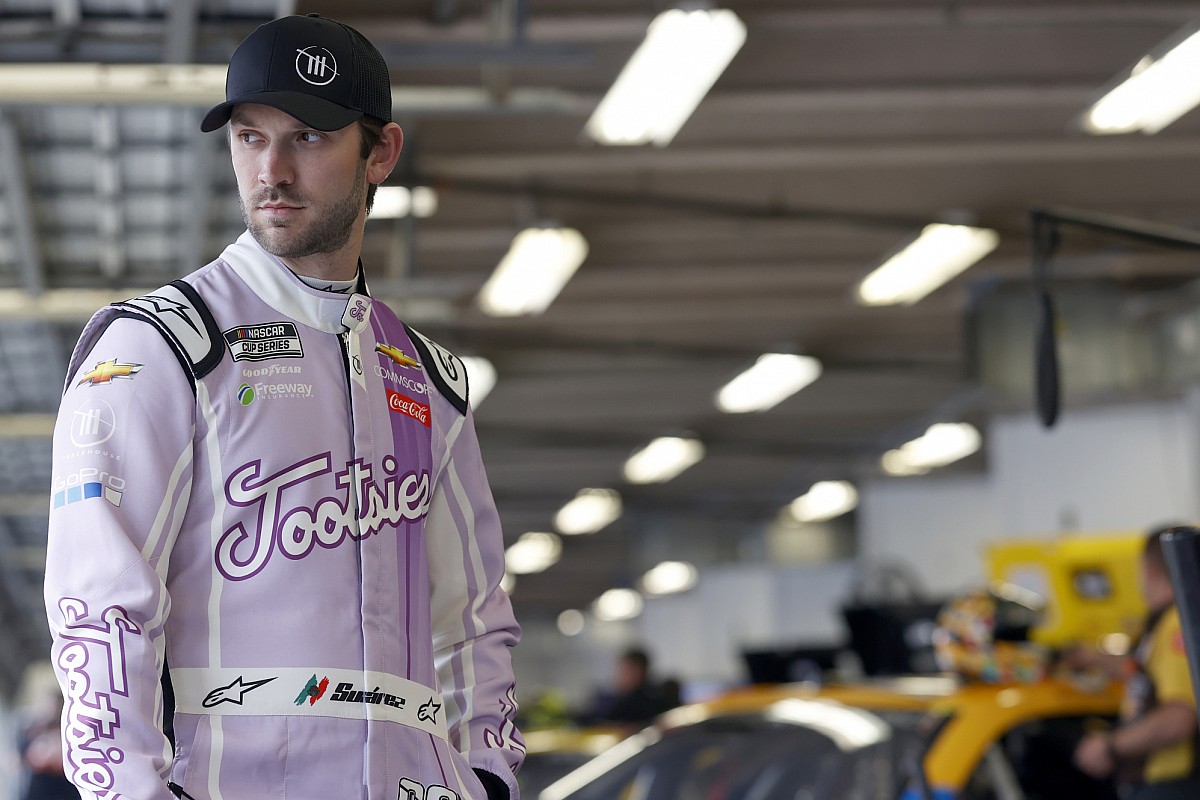 In four career starts in the NASCAR Cup Series’ biggest race, he has wrecked out of every one of them. In his only other attempt to make the 500 in 2020 with Gaunt Brothers Racing, Suarez failed to qualify for the race.

When asked a question during Daytona 500 Media Day on Wednesday about his record in the 500, Suarez’s teammate Ross Chastain chimed in: “I think he said you stink here.”

It hasn’t been for lack of trying, but Suarez’s record in the 500 is disheartening.

His best finish was 29th in his rookie season in 2017 but has never been able to complete more than 141 of the 200 laps before getting caught up in an accident. Last year, he was out on Lap 14 following his involvement in 16-car accident in Turn 3.

“I definitely have to do something different than what I’ve been doing the last five years,” Suarez said about his approach to Sunday’s season opener. “You know, this race is very unpredictable.

“I have learned that you have to – sometimes if you just try to cruise and ride in the back, that’s not fun for anyone. I don’t enjoy that. Sometimes you can get a good finish out of it, but probably a lot of people can’t do that.

“Sometimes when you race, you can get in trouble, but you can also have a shot to win. I feel like one of the keys is to actually learn to read the race, learn to know when trouble is coming, and when things are about to happen and things like that.”

Suarez – who debuted in NASCAR competition in his native Mexico in 2009 – became the first Mexican-born driver to win a NASCAR national series race in 2016 with his Xfinity Series victory at Michigan International Speedway. He was among the first success stories to come out of NASCAR’s Drive for Diversity program.

Late last year, the team announced it would be expanding to a two-car organization in 2022 with the debut of the Next Generation car and added Chastain to its Cup Series lineup.

Suarez believes this year’s 500 has the potential to be much different with the Next Gen car and he hopes to take advantage of the change.

“In my opinion, the racing is going to be so much better because the runs we get are so much bigger, but we’re going to find out (Thursday) night. I’m excited for the challenge,” he said.

“I know that I don’t have a great stats when it comes to the Daytona 500, but I’m ready to change that.”