Snider was “just kind of holding on” in violent NASCAR wreck 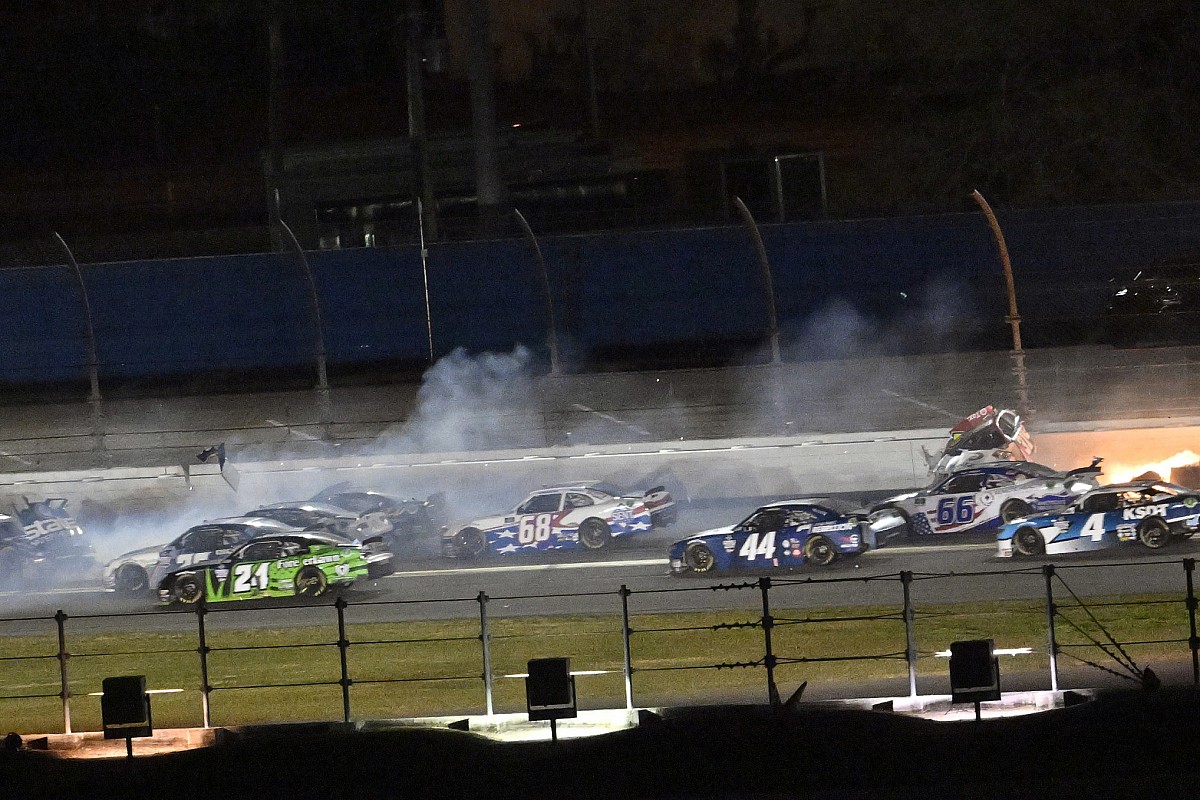 As the field entered Turn 3 on the final of 120 laps and Austin Hill and A.J. Allmendinger were battling for the lead, Anthony Alfredo got into Myatt Snider’s car, sending it up the track and directly into the path of Jade Buford.

Once Snider and Buford’s cars made contact, Snider’s No. 31 Chevrolet lifted off the ground, flipped over Buford’s car and then slammed into the outside catchfence.

The catchfence shredded the rear end off Snider’s car and tore the engine out, leaving debris scattered around the track and onto other cars. NASCAR immediately placed the race under caution and Hill was declared the winner.

Snider was able to exit his car under his own power and was treated for a minor injury to his left foot.

“Yeah, I mean, you know, it’s the last lap and everybody’s trying their best to push as hard as possible. And, you know, I’m trying to keep as much momentum as I can get,” Snider said. “And so I felt a push and I started feeling the car go right.

“I’m like, ‘Crap, I might be along for a ride here’ and sure enough, I was. I got turned around to the side and then I was facing backwards and I started seeing the race track and I’m like, ‘Hmm, this is getting better as it goes.’

“I think what happened is that the left rear started yawing towards the fence and then the fence caught it and that’s what really started tearing everything up. And then I got drug into the grass from what I could tell.”

Asked how he would describe the incident, Snider said, “It was violent. Like I, I saw sparks kind of going everywhere and, you know, you don’t, you don’t really know what’s going on. You just kind of know you’re going some direction and it’s not the right one.

“So, I was just kind of holding on, kind of hunching over, keeping everything together as much as I could. So yeah, I can’t profess enough how glad it ended. I’m all good.”

Buford said it was difficult for him to fathom what happened and even sought confirmation from his team over the radio to make sure he saw what he thought he saw.

“I saw the roof. I didn’t catch the (car) number,” Buford said. “I didn’t know it was Myatt until afterwards. I even came on my radio and said, ‘I believe a car just flipped over me.’ It is what it is. I hope he’s perfectly fine.

“It was pretty scary to watch.”