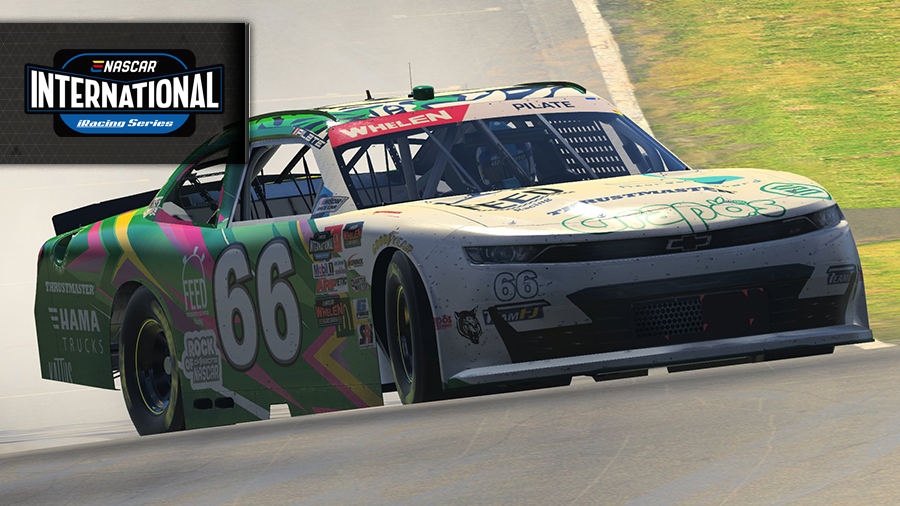 Outside of a mid-race pit stop, nobody had anything to get by NASCAR Whelen Euro Series driver Simon Pilate in Wednesday night’s eNASCAR International iRacing Series curtain-raiser from Brands Hatch. Pilate qualified three tenths of a second ahead of Paul Jouffreau, his closest competition, and went on to lead all but three laps on the Indy circuit to score the inaugural race win.

Jouffreau, who inherited the lead during the pit cycle, would start and finish second, more than 26 seconds behind the leader. Three-time and defending Euro Series champion Alon Day would complete the podium as the big position gainer on the night, jumping from the 17th starting spot to third at race’s end. Day’s third place run would mean that three different countries—Belgium, France, and Israel—would be represented on the podium.

NASCAR PEAK Mexico Series drivers Jake Cosio and Victor Barrales would complete the top five, while Treyten Lapcevich would be the top NASCAR Pinty’s Series performer in seventh and Justin Campbell would best the NASCAR Drive for Diversity racers in 10th. Eight of the 19 drivers who started the 70-lap event would finish it on the lead lap.

Full results from the eNASCAR International iRacing Series opener at Brands Hatch Circuit were as follows:

The eNASCAR International iRacing Series season continues each of the next two Wednesdays, with visits to Circuit of the Americas on June 30 and the Daytona International Speedway Road Course on July 7. All races will stream live at 6PM ET on eNASCAR.com/live. For more information on iRacing and for special offers, visit www.iracing.com.