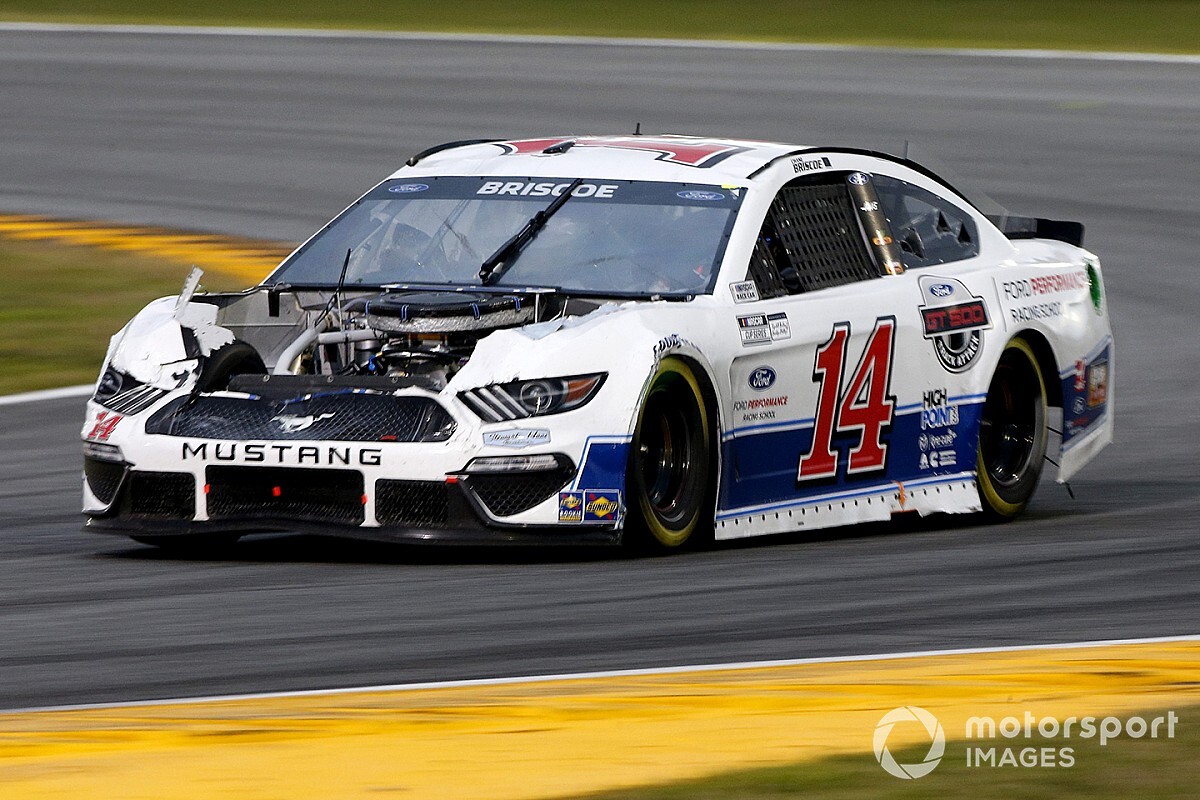 A best finish of 18th through the first eight races of the 2021 season; not a single lap led; and currently ranked 27th in the series standings.

All this from a driver who led the Xfinity Series last year with a career-high nine wins and led more than 1,000 laps.

But the problem goes deeper than Briscoe. His advancement to the Cup Series came in the same season that his Stewart-Haas Racing organization has struggled with performance as a whole.

That has made Briscoe’s learning curve especially steep in his No. 14 Ford.

“Obviously, we want to go out there and try to win every race and right now our cars are off,” Briscoe, 26, said. “We’re just trying to keep that confidence and it’s been hard to not run like I thought we would.

“I think the good thing, I guess for me in a sense of being a rookie and kind of struggling results-wise, is our whole company is struggling, so it’s not like the other three guys are running in the top-five and top-10 the whole race. As a company we’re kind of off, so I feel like I’m getting kind of what we’ve got out of the thing.

“It’s just a matter of figuring out where we’re missing right now and trying to get it better, and I’m confident that we’ll do that. At an organization like SHR we have so many smart people that we’re going to figure it out.”

Kevin Harvick remains the lone bright spot for SHR so far this season, as he is currently eighth in the series standings. Briscoe’s teammates, Cole Custer and Aric Almirola, are 24th and 28th, respectively.

But even Harvick has had his difficulties. He has yet to win a race – he led the series with nine wins last season – and he’s led only 17 laps so far this season.

SHR’s struggles have been hard for Briscoe, as he has been trying learn the ropes of a totally different race car while also being asked to help provide feedback to help the organization improve as a whole.

“I felt like I was going to be able to go run a little bit better, for sure,” Briscoe said. “If you would have told me that eight races in my best finish was going to be 18th or 19th, I would probably been like, ‘No, I think we’ll be able to run top-10 maybe once or twice, right around that 15th mark almost every weekend.’

“For me as a rookie to see that my teammates are kind of struggling just as bad as I am, it helps a little bit, I guess, to relieve some of that worry and doubt that you would have just seeing if you were ready to do this or not.”

Despite the performance difficulties, Briscoe said he has still “learned a ton” in his first eight Cup races.

“You can’t make one mistake. If you make one mistake, at least kind of where we’re at from a speed standpoint, you just can’t recover and just how hard it is to literally run for 20th,” he said.

“I feel like I race harder for 20th in the Cup Series than I did to win Xfinity races, and I think what little I’ve been up front, I feel like the racing intensity is actually easier at the front of the field versus in that mid-pack area just because everybody is kind of fighting for their life back there and it’s just so cutthroat.”