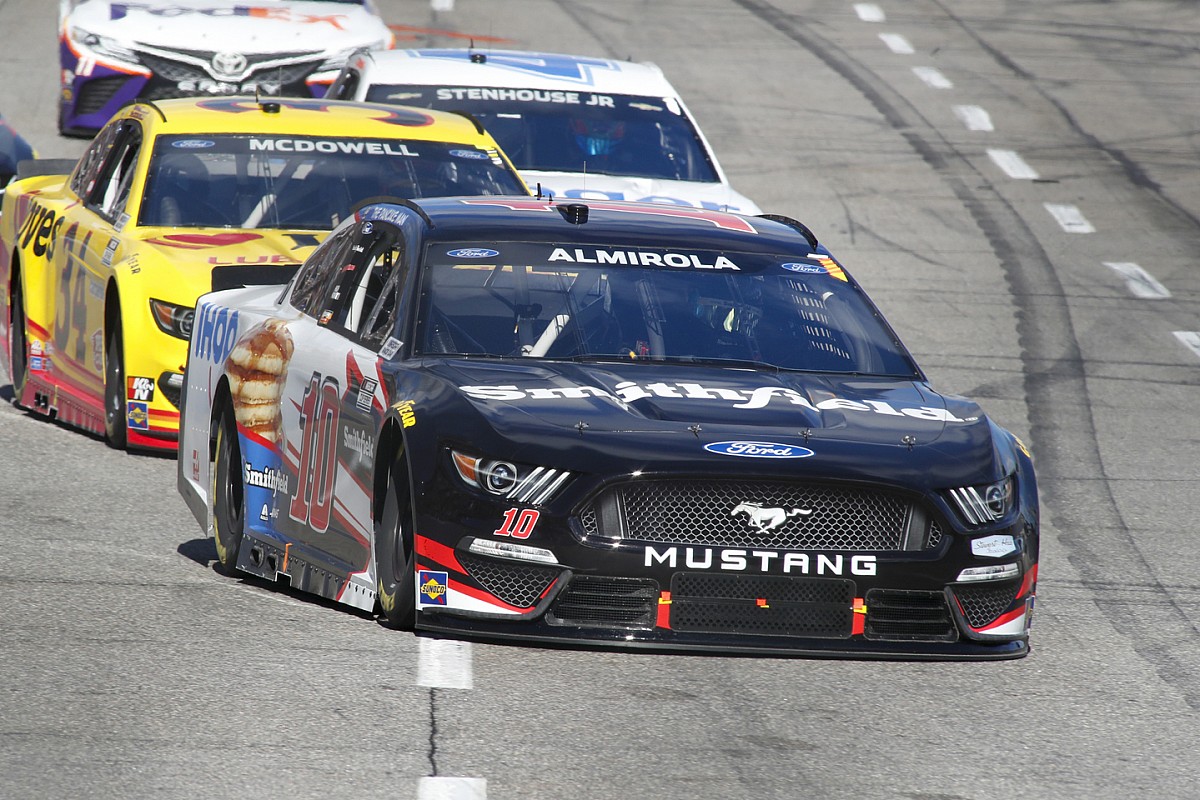 On Tuesday, Stewart-Haas Racing announced Almirola’s current crew chief, Mike Bugarewicz, has been promoted to performance director and Drew Blickensderfer would take the helm of Almirola’s No. 10 Ford team.

“With the NextGen car being brand new, there will be continuous development on it every time it turns a wheel. Going into it, we knew we needed to shore up our resources and really bolster our competitive approach. Buga is the right guy to tackle all the newness that’s coming at us pretty fast,” said Greg Zipadelli, vice president of competition, SHR.

“Drew has been in the sport a long time and knows how to get the best out of the people around him, and that’s really what the job of crew chief has become,” Zipadelli said. “We have the same parts and pieces, but what we do with those parts and pieces will make the difference.

“Drew has worked with a lot of drivers and managed a lot of people. He already has a rapport with Aric, and that will make the learning curve in a season full of learning a little less steep.”

Blickensderfer has four Cup series victories as a crew chief. He previously guided David Ragan to a win and Matt Kenseth to two victories.

The rest of SHR’s crew chief lineup remains intact across both its Cup and Xfinity series teams.

Richard Boswell has led SHR’s Xfinity Series program since its inception in 2017 and will continue in that capacity in 2022. He will again serve as crew chief for driver Riley Herbst and the No. 98 team.