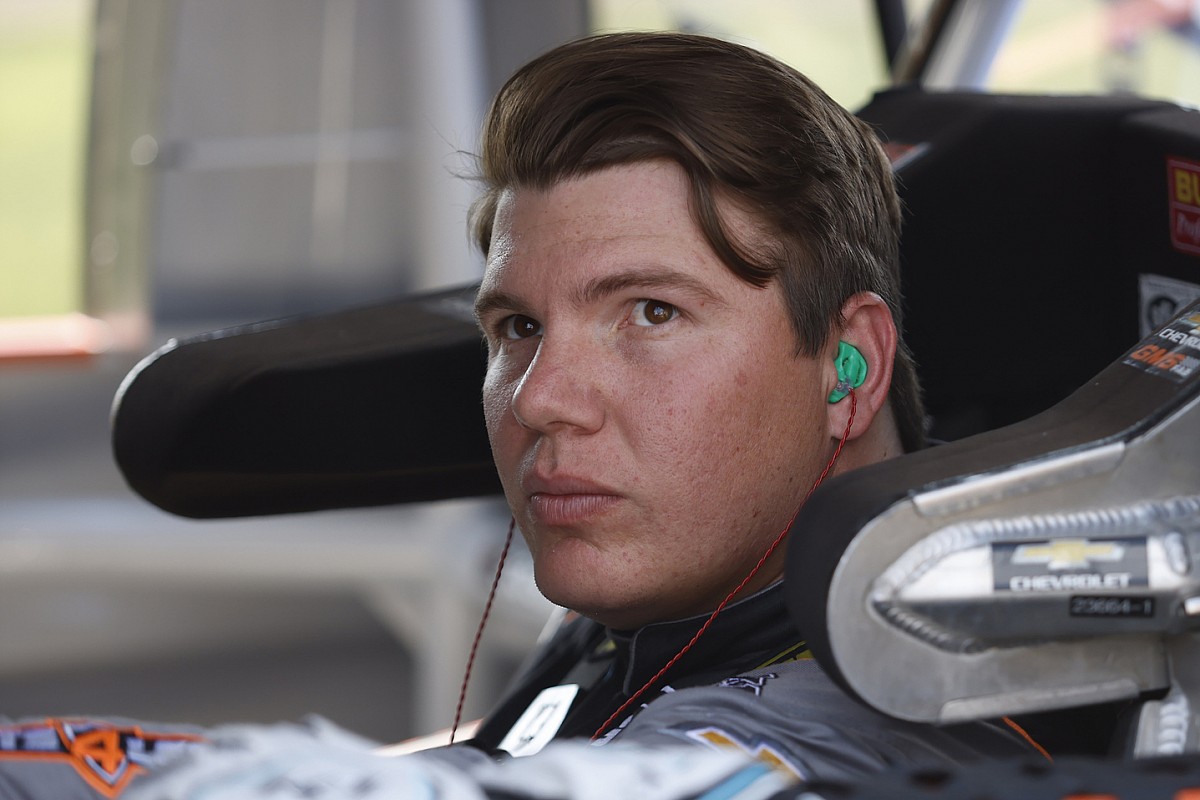 It was a dominant showing for Creed, who won all stages and led 142 of 163 laps on his way to the race win.

But it wasn’t easy. Creed appeared to be cruising to the race win in the closing laps until a late-race yellow for a spin by Tanner Gray set up a two-lap dash to the checkered flag in overtime.

Creed chose the top, while Matt Crafton took the bottom for the final restart. It paid off for Creed as he again moved ahead of the pack.

At the white flag, Taylor Gray and Ryan Truex got together but the race remained green as Creed secured the checkered flag and his place in the second round of the playoffs.

Carson Hocevar, Austin Wayne Self and Jack Wood rounded out the top-ten.

“My guys put together such a good truck,” said Creed in Victory Lane. “We’ve been working really hard all year. Obviously we haven’t had the speed at times and I’ve made mistakes at times (too).

“We’ve taken everything we learned this year and just applied it. This Toyota has been really fast. They gave us a hot rod today and I couldn’t be happier …I love late-race restarts. I didn’t want it, but when it came out, I was just thinking it’s all good and just executive.”

The defending champion then opened up about his recent off-track struggles as he works to secure a ride for the 2022 season, saying: “I’ve had such a stressful month trying to find out what I’m going to do next year. so many mixed emotions on what I’m going to do or if I’ll even have a ride, so the biggest thing to do is keep winning and get ourselves in that final four.”

Creed led the way from the very start, controlling the early portion of the race.

The first caution of the race for playoff driver Chandler Smith, who went behind the wall with a hub issue.

On the following restart, Zane Smith was able to pass Creed for the race lead. The caution flag then flew once again, this time for a spin by Cory Roper.

Creed then fought back on the next restart, but was unable to retake the lead. Another KBM truck then found trouble with Derek Griffith crashing in his Truck Series debut.

This time, Creed was more successful as he moved back ahead of Smith in the closing laps of the first stage. Friesen followed suit, as did Rhodes. Smith slipped to fourth with Ty Majeski rounding out the top-five.

The beginning of the second stage was fairly uneventful with Creed firmly in control.

But then the lights went out. On Lap 61, a power outage took out some of the lighting around the speedway, forcing a red flag.

Track General Manager Chris Blair said that a fire in Fairmont City took out a transformer, causing the outage. After blowing out the backup generator, the track eventually hooked up another generator and the lights returned.

After a stoppage that lasted for nearly an hour, the race was finally back underway with Creed still leading the way.

As the second stage rolled on, Z. Smith found himself limping his truck to pit road with a mechanical issue. He would become the second playoff driver of the night to go behind the wall, explaining later that the transmission was ‘busted.’

Creed would take yet another stage win, finishing ahead of Rhodes, Crafton, Nemechek, Friesen, Majeski, Kraus, Ankrum, Eckes and A. Hill.

The final stage quickly devolved into chaos. As Creed once again skipped away, Nemechek’s truck momentarily shut off. The result was a massive crash that eliminated or wounded the trucks of several playoff drivers.

Majeski spoke on the incident after being released from the infield care center: “All I really saw was the No. 4 (Nemechek) check up and then everyone tried to miss him. Took out a lot of good trucks and that was really disappointing. Just a shame, really disappointed.”

After the front stretch cleanup, the race went back green with 40 laps to go.