Ryan Newman: NASCAR Cup title “will always be on my radar” 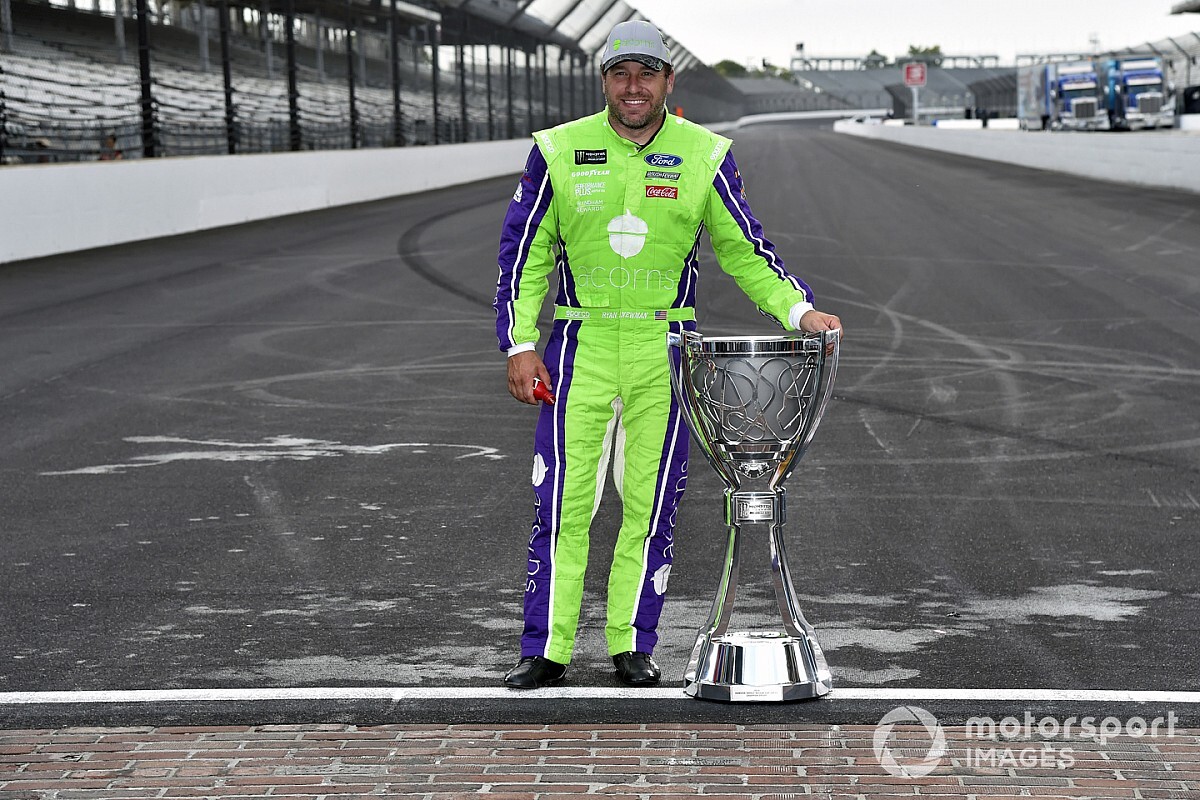 As previously reported by Motorsport.com on May 18, Brad Keselowski will likely move to Roush Fenway Racing next season as a partial owner as well as drive the No. 6 Ford, which is currently driven by Newman.

Sources said Newman could remain with the organization in a third team, but whether that would be in a full or part-time role remains unclear.

Newman, 43, has made clear in recent interviews that doesn’t feel he’s accomplished everything he can yet in NASCAR.

This week, Newman reiterated that one his main goals is a Cup Series championship.

“That’s always been my ultimate goal from the time I was in elementary school. That’s on my radar still and will always be on my radar, whether I achieve it or not because that’s just the nature of the beast when it comes to the competitiveness of what we do,” Newman said.

“I don’t know what all the steps will be, but, ultimately, that’s where my mind and heart will always want to be.”

Newman – who will make his 20th career start in the NASCAR All-Star Race on Sunday night – has had a productive career.

He owns 18 wins – including victories in the All-Star Race, the Daytona 500 and Brickyard 400 – but his only top-five finish in the series standings came in 2014, when he finished as runner-up to champion Kevin Harvick.

This season has been more difficult. He has one top-five and three top-10 finishes and currently sits 23rd in the series standings.

Newman’s has come close to cherished wins in the Coca-Cola 600 and Southern 500 and winning on a road course, but he wonders how many opportunities he will have to visit those Victory Lanes.

“I feel like I’ve been so close with the Coke 600 and so close with the Southern 500, a championship, a road course win – all those things that I’ve been second in, which is nothing to be ashamed of,” Newman said. “At the same time, it’s not achieving the goals that I want.

“I don’t mean this in a bad way by any means and I think you know that knowing me, but I don’t want to have ‘Mark Martin syndrome’ where you achieve a lot, but don’t always achieve the things that you say you wanted to achieve.

“I think that’s the case for so many people. There are guys in our sport that have not gotten their first top-10 or top-five, and to have 18 wins and as many poles as I have is special, but it’s a humbling sport and you’re never probably as successful as you think you can be or should be.”