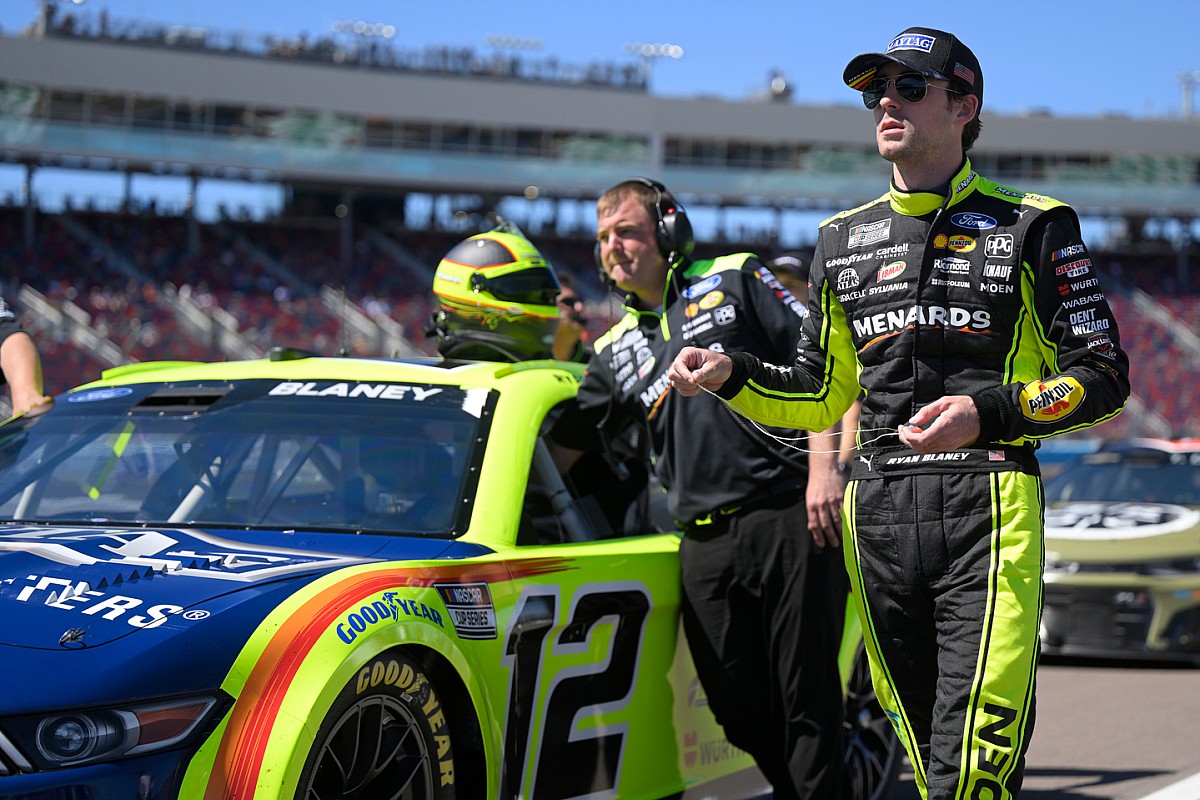 Blaney slammed into the foam barriers during practice but about an hour later his No. 12 Ford looked no worse for wear.

He advanced to the final round of qualifying by posting the fifth-fastest speed in Group A, then his average lap of 92.759 mph was enough to hold off a late run by Daniel Suarez (92.741 mph).

The pole is Blaney’s second of the 2022 season and eighth of his career.

“I never would have thought that,” Blaney said. “Sitting on the pole after I hit the fence. Pretty fast car, No. 1’m really proud, man.

“To sit on the pole, I wouldn’t say I’m the best road course racer. I’m always trying to find speed but it was cool to have it today in qualifying. Hopefully, it carries over until tomorrow.

Cindric spun during his final round qualifying attempt and continued on but it knocked him out of contention for the pole.

Suarez continued his pace from practice and posted the fastest average lap speed in the Group B qualifying session and advanced to the final round.

Also advancing to the final round of qualifying were Logano and Bowman.

Aric Almirola had his first qualifying lap was disallowed after he was determined to cut the course in Turn 4.

Among those who failed to advance were Ross Chastain, William Byron and Erik Jones.

Custer, with significant improvement from practice, led the way in the group with an average speed of 93.119 mph.

“I think we have a pretty solid Mustang,” he said. “The guys did a great job in the shop, everybody at Stewart-Haas Racing has been working so hard. The brakes are so big, you’re able to really get after it.”

Also advancing to the final round from Group A were Hamlin and Blaney.

With about five minutes left, Cody Ware went off course and got stuck in the gravel pit to bring out a red flag.

Kyle Busch, who was fastest in practice, failed to advance to the final round of qualifying.

“No grip, feels horrible, nothing like the first run,” Busch told his team over his radio. “We’re not gonna (expletive) beat anything. Useless. Pointless. Done. Suck.”