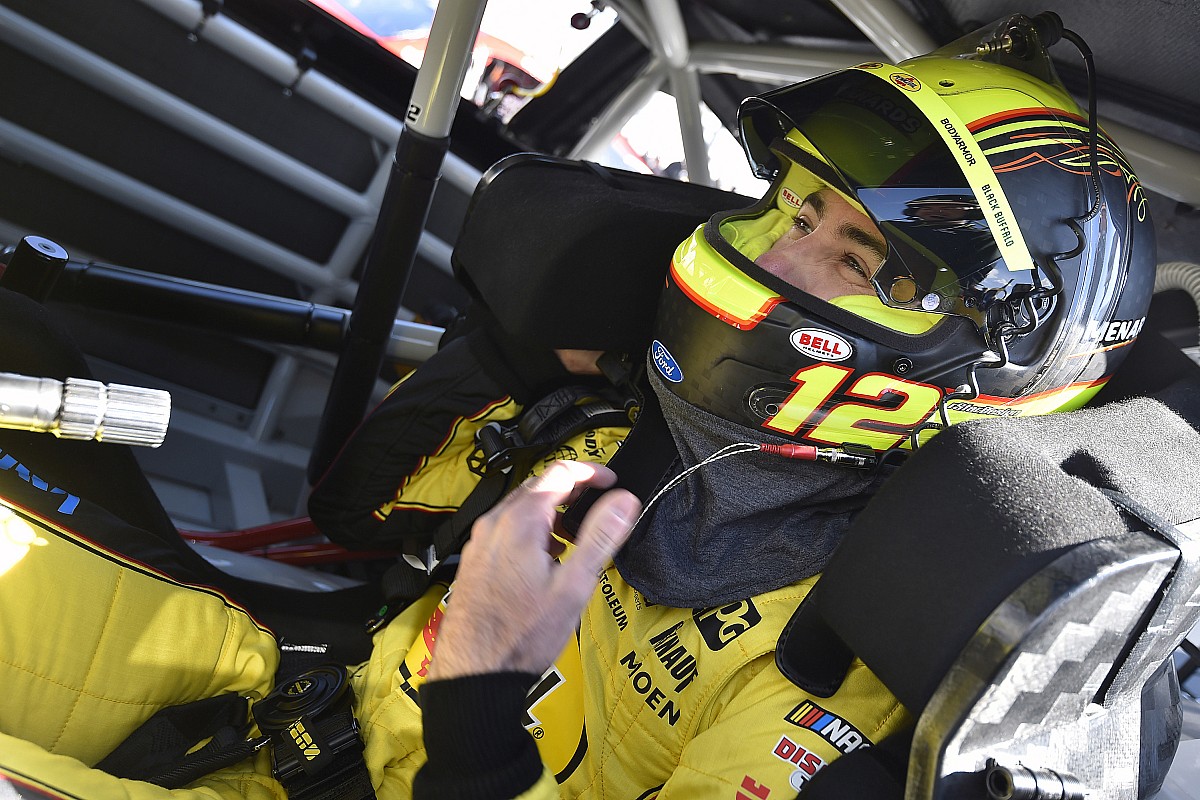 Joey Logano was very nearly the first incident of the qualifying session, going for a big slide out of Turn 4 in the final round. He made slight contact with the outside wall, causing very minor damage to the right-rear of his No. 22 Team Penske Ford.

Hendrick Motorsports’ William Byron led the way halfway through the pole round of qualifying, but it would not last.

Denny Hamlin eclipsed him soon after. Both Kyle Larson and Aric Almirola looked to be threats to Hamlin, but both fell off in Turns 3 and 4.

However, that was not the case for Ryan Blaney. The Team Penske driver put up a 132.709mph lap to take pole position from Hamlin. They were separated by 0.073s on the time charts.

This will be Blaney’s seventh career pole and his third at Phoenix Raceway.

“I thought it was a pretty decent lap,” said Blaney. “You just hope you make the right changes to try to get a little bit better and everyone else is trying to do the same thing. I got a little bit tight in 3 and 4 and that worried me a little bit but overall the car had great speed in it and has had really good speed all day. I appreciate everyone’s help. It is a nice place to start for tomorrow.”

Byron topped the charts among Group A drivers, lapping the one-mile circuit in 27.303 seconds.

Cindric, who led the way in practice, was just behind. Briscoe, Bowman and Logano will also join them in the pole round.

Kurt Busch was the first driver to be eliminated, missing out on advancement by 0.027s.

There were no incidents.

BJ McLeod was the first driver to lock up the front brakes during qualifying. He was slowest among all drivers in his group.

Ricky Stenhouse Jr. did not take part because JTG Daugherty Racing had to make an engine change to his No. 47 car.

The second group was much faster than the first. Blaney led the way with a 27.116-second lap.

Kyle Busch, like his brother Kurt in Group A, was the first driver to miss out. He was 0.065s off of the fast five.