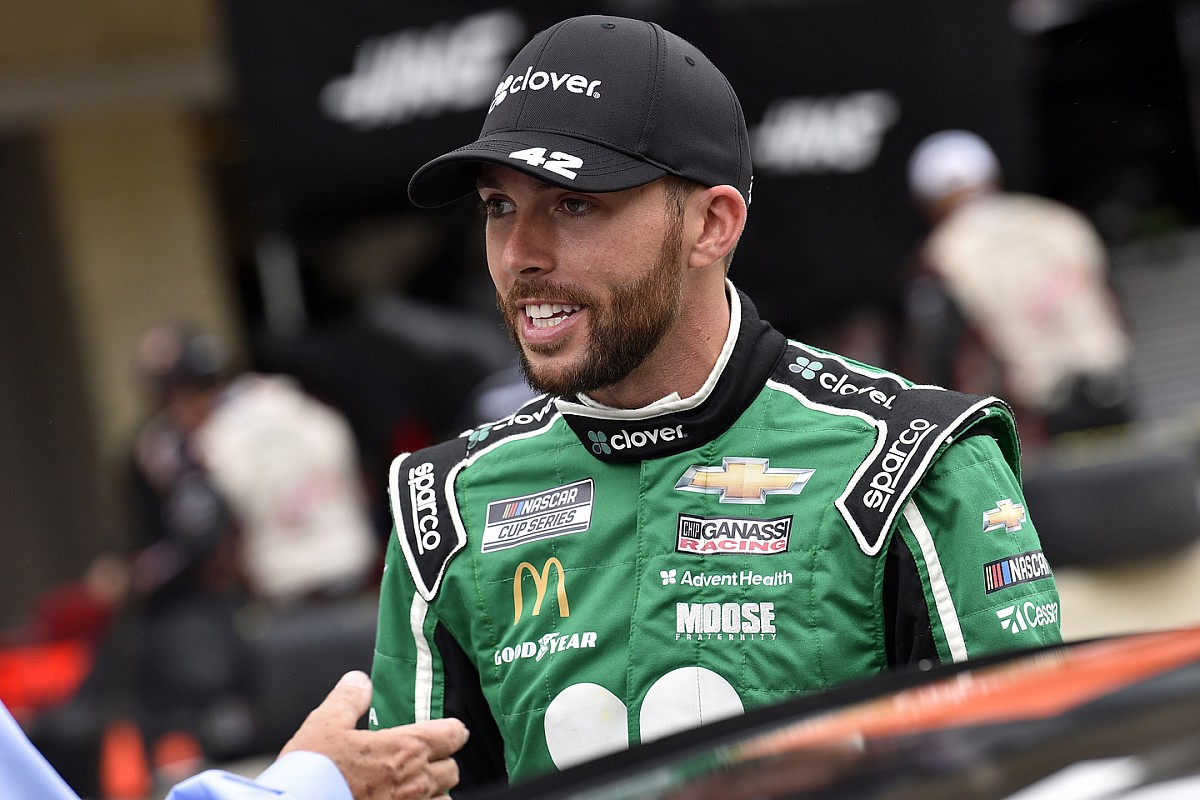 In late June, Trackhouse announced the purchase of the assets of Chip Ganassi Racing, where Chastain currently calls home.

Trackhouse said it still planned to run two fulltime Cup teams in 2022 but its current driver, Daniel Suarez, would fill one of the positions. The other remained up for grabs with Ganassi’s two current drivers – Chastain and Kurt Busch – candidates for the job.

“When the acquisition happened, I told Justin, I just texted him, and said, ‘I want this.’ It was just simple. I didn’t ask anybody. I didn’t confer with anybody,” Chastain said. “I knew Justin on that level, and I wanted it.

“It took a little bit of working through the process, but I know for myself, and I think I speak for Justin, that we wanted it and whether or not it all worked out, we had to work through all the other stuff.

“But fundamentally, down at the core of it, I knew that this was where I wanted to be.”

Ten years ago, Chastain purchased a used race seat from Marks as he was about to make his first Truck Series start for Stacy Compton in the No. 66. Marks had driven the truck for Compton the previous race.

“I’ve been now crazy enough, in this sport for 10 years and didn’t know what I was getting into 10 years ago,” Chastain said. “I’ve been in it a lot now. I’ve been fired and I’ve left teams and I’ve done a lot of things and I could do a lot of things better, but to bring it full circle with

somebody I’ve known my entire time in this sport, and do it with this group, and I mean this when I say it truly feels like it’s more than just another team.

“And I think that’s what made this process of getting me in this car so much easier for both sides.”

Marks said whenever Chastain has had the chance to get into race-winning equipment he has shown the ability to “get the job done.”

“That’s the talent and the skill that is independent of just how fast you can go. There are a lot of guys who have sat in real fast stuff and not figured out how to close,” Marks said. “We’ve got two winners on this race team now, two closers on this race team.

“I’ve got a lot of respect for Ross. We’ve got somebody that can be a part of this company for a long time. I’m excited to offer Ross what I think is probably his first multi-year contract in his NASCAR career and it’s a way for us to show that we’re committed to him.

“We’re building this team around him, and I’m excited for the future.”

Chastain has two career wins in the Xfinity Series and three in the Truck Series. He finished second in the series standings in Trucks in 2019 and seventh in Xfinity last season driving for Kaulig Racing.

Earlier this season, Chastain earned his career-best Cup series finish of second at Nashville and remains in the hunt for one of the 16 spots in the playoffs.

Retaining his Cup series ride and earning a contract through the 2023 season will provide Chastain some much sought-after job security in a career that has seen numerous highs and lows.

“It’s indescribable. It is a relief. Since we knew this was going to happen, a pretty short time ago, it’s really been like, OK, now it’s like taking a breath,” he said.

“But I can’t change how I do things. This is what got me here.”