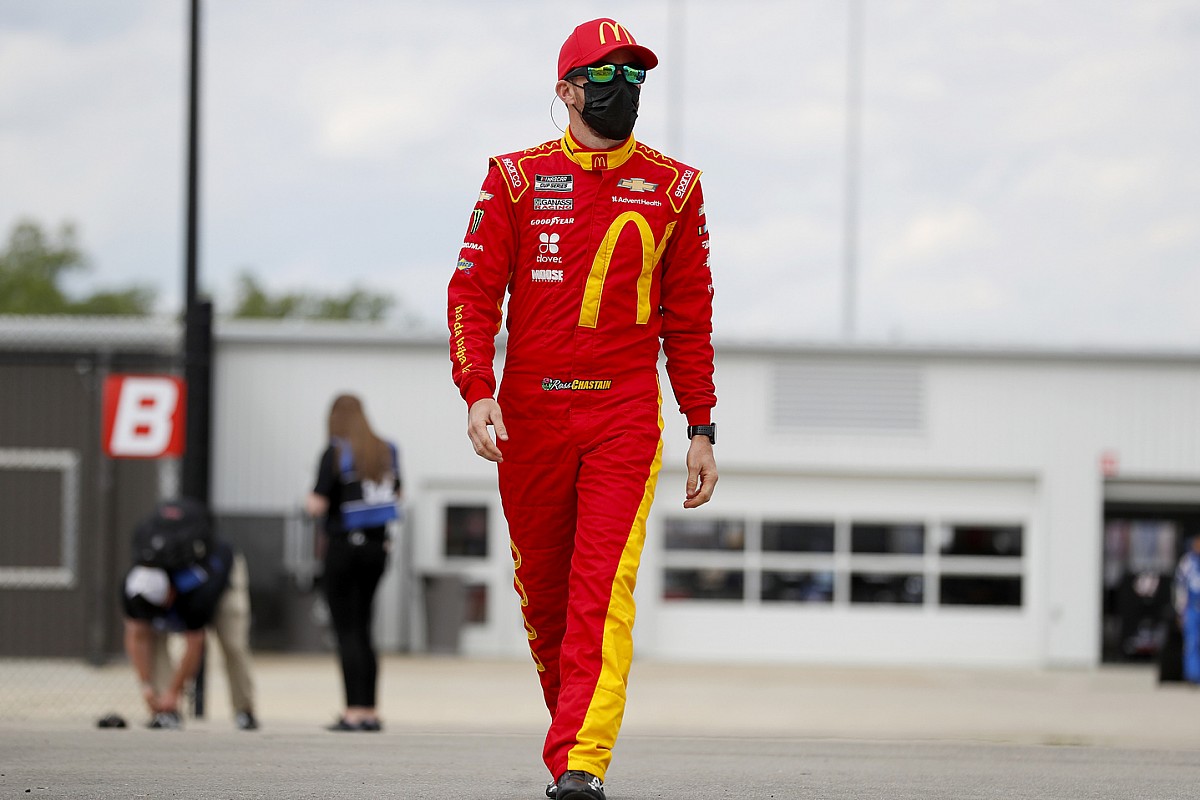 Chastain charged forward during the first stage of the Southern 500, running ninth by Lap 115.

He was already the highest running non-playoff driver, but the push forward didn’t stop there. By the end of Stage 2, he was in third place and positioned himself for a chance to win the crown jewel event.

During the final 100 laps, two strategies appeared. Denny Hamlin led one, looking to run long and cut out a pit stop. Kyle Larson led the other, opting for fresh rubber and pitting three times during the final stage.

Larson would ultimately lose quite a bit of time as he struggled in traffic, allowing Chastain to move ahead. However, a late caution for a spinning Ryan Blaney put everyone back on the same strategy.

Chastain had a long run car and often lost positions on restarts. The final restart of the race was no different with Larson taking the position back as Hamlin led the way.

He stayed close to the race leaders and made one final attempt to push forward in a failed attempt to pass Larson on the inside. He then faded, leaving Larson and Hamlin to battle it out in a thrilling finish.

So, what did the 28-year-old need in those closing laps? “A better driver,” he quipped. “I can go fast. I just can’t quite race with them, and it starts with my restarts. I’ve got some work to do there, so I gave up the outside to take the bottom to be safe and then (Larson) rolls around me.

“Was able to make one last charge there at him at the end, but yeah, I just need to clean up a few things. This McDonald’s car, I think it was the fastest car here tonight, so it’s humbling to come with this CGR group these final 10 races here, a place where my career kind of took a totally different trajectory three years ago, and to have people like Clover and the Moose (Fraternity) and Advent Health on board supporting me and still letting me race three years later, it means the world. I’ve just got to clean up some more, though.”

Even still, a third-place finish in the Southern 500 was a remarkable showing, especially as a non-playoff driver. Chastain’s future is set with the Trackhouse takeover of Chip Ganassi Racing next year, where he will drive the No. 1 Chevrolet Camaro.

But with nine races left in the 2021 season, there’s no reason to think he can’t play spoiler again and deliver Chip Ganassi one last trip to NASCAR Cup Series Victory Lane.