Ross Chastain: “I’m right where I want to be” 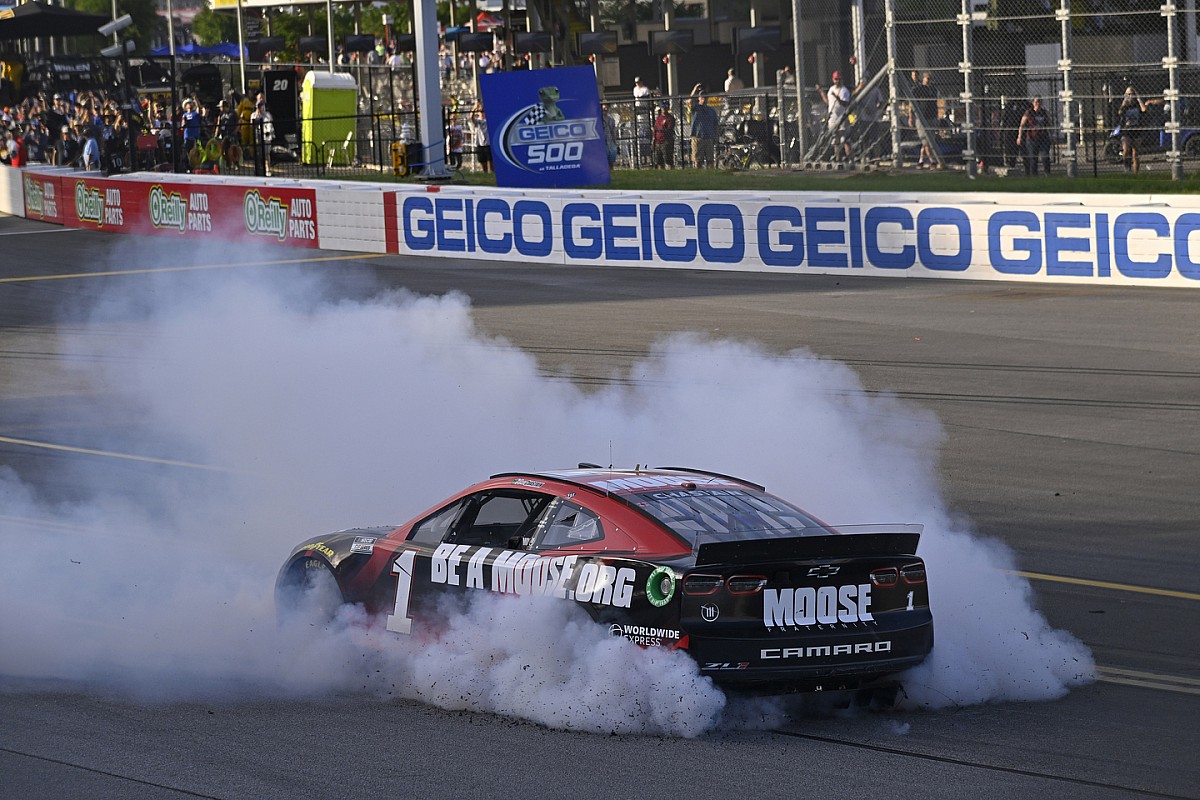 Chastain’s NASCAR career as had its share of ups and downs but through it all he has never lost his connection to his family’s watermelon business.

Now a two-time winner in the premier Cup Series – with both victories coming in the last five races – Chastain is finally realizing his dream of being a top NASCAR driver.

Watermelons still play a role of course, as his trademark post-victory celebration includes standing atop his winning car and smashing one on the track, which he did again Sunday at Talladega (Ala.) Superspeedway.

“It does not seem real at all. I keep waiting to wake up from this dream and realize it’s all not what I think I’m living,” Chastain said.

“But I’ve got great groups of people from Trackhouse (Racing), the competition and business side, my family, people in Charlotte and around Moorseville that keep reminding me and keep showing me this is real.

“I’m right where I want to be, and I have the people around me. They keep me remembering and keep reminding me and keep pushing me to make this the best we can make it.”

The best is yet to come?

The best – as far as his racing career goes – could be yet to come.

While Chastain, 29, has made 125 starts in the Cup Series, he’s been running a fulltime schedule for a competitive organization only since last year when he joined Chip Ganassi Racing.

In the offseason, Chastain joined Trackhouse Racing following its acquisition of CGR and has given the fledgling team – co-owned by Justin Marks and rapper Pitbull – its first two victories.

Chastain and Hendrick Motorsports’ William Byron are the only drivers with more than one win through the first 10 races of the 2022 season, putting him in an excellent position to challenge for his first series championship.

Even more “mind-blowing” for Chastain is the fact his first two Cup wins have come on a road course and superspeedway – nothing like the short tracks on which he grew up in his native Florida.

“I grew up short-track racing, so I just assumed and thought that was where I was the best. Turning right was hard, drafting was hard,” he said. “I just thought I would never be able to catch up to guys that had been doing it so much longer than me.

“A lot of time and work and really good people surrounding me, we’ve closed the gap. There’s still a long way to go.”

Sharing it with family

Also special for Chastain, was his father, Ralph, was in attendance to witness Sunday’s win after missing the victory at Circuit of the Americas.

“He didn’t push me early on. I mean, he did, but it wasn’t like other kids we were racing against. I think the way he did it was the perfect way. We had fun racing locally.

“We got to this level, did a few races, kept doing more.”

And is now right where he wants to be – with watermelons never far away when needed.