Rick Hendrick’s ‘amazing empire’ may just be getting started 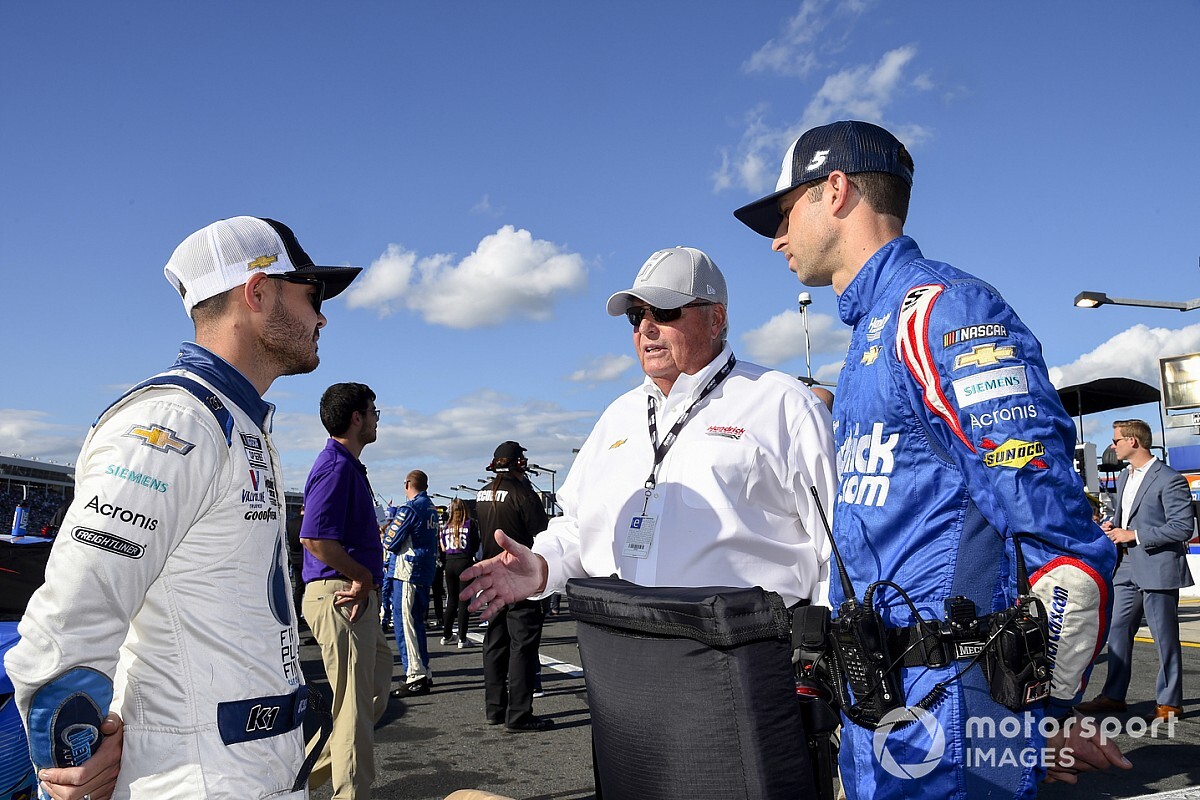 Capturing the championship of the highest form of motorsports in the United States is a goal that is certainly difficult to top.

However, with its performance so far this season, Hendrick is making its 2020 season look like a subpar outing.

The Cup Series still has 11 races remaining before the start of the 2021 playoffs and already all four of Hendrick’s drivers – Elliott, Kyle Larson, William Byron and Alex Bowman – have won races, collecting six victories among them.

Just in the last three weeks, HMS has set a record to become the first four-car team in NASCAR history to sweep the top-four finishing positions in a race (Dover, Del.); and with Larson’s win in Sunday’s Coca-Cola 600, Hendrick became the winningest organization in Cup history, with victory No. 269.

Elliott’s win May 23 at the Circuit of the Americas allowed HMS to tie the previous record holder, Petty Enterprises (268).

“When we were like at 200 wins, just thinking that you’re going to win 269 and beat Richard (Petty)’s number, I never thought we’d get there,” Hendrick said. “Then all of a sudden the momentum started and we had a good run last year and this year.

“My dad always told me your biggest asset are your folks. You put key people together with good communication and good things will happen. If you remember, I had a one-car team and I went to two, and everybody said, ‘You can’t win with a two-car team,’ but I did it.

“In the automobile business you have good people, you spread them out and they got great experience, then you add another and another, and together if they communicate, they’re stronger. I think we kind of broke that mold.”

Perhaps fittingly, Hendrick’s newest driver – Larson – was the one to provide HMS its record-breaking win and driving the No. 5 Chevrolet, the same number of the car to give Hendrick win No. 1 in 1984.

Larson, who previously competed for Chip Ganassi Racing in the Cup Series before he was fired for using a racial slur during the live broadcast of an iRacing event, hasn’t had long to get accustomed to his new home, particularly with numerous COVID-19 pandemic protocols in place until just recently.

Clearly, though, the change in surroundings has left an impression with the 28-year-old from Elk Grove, Calif.

“It’s an amazing place. Everything about the compound there at Hendrick Motorsports (in Charlotte, N.C.) is perfect. Everything down to the way they mow the lawn. It looks amazing,” Larson said.

“They put a level of effort into everything and pride in everything. I don’t think it’s a surprise to anybody that our cars are this good. (Hendrick) has built such an amazing empire, and everybody there loves to work there, too.

“I think that’s the most important thing. They all respect him and love to work for him and (because of that) want to do a good job for him that results follow.”

Barring a sudden and drastic change in fortune, Hendrick doesn’t appear in danger of losing its status as the team to beat anytime soon.