Ricciardo “would have cried” if he’d heard Earnhardt’s comments

Zak Brown, McLaren CEO, had vowed to let Ricciardo drive the car, which he owns, as reward for the Aussie ace winning the Italian Grand Prix, since Earnhardt Sr. was a hero to Ricciardo as he was growing up.

On Saturday at Circuit of The Americas in front of the Formula 1 fans, Ricciardo’s dream came true as he piloted the blue-and-yellow Wrangler-backed car around the 3.426-mile road course, and performed donuts for the crowd.

“It was sick, it was so much fun,” said Ricciardo. “It’s so different as well. I got my kicks out of it because it’s so raw and foreign. The noise, smashing gears, the driving position… Like everything’s quite unique.

“And it’s Dale’s car – one of my all-time heroes. So that was surreal. Good fun.

“And I think to do it here as well. If we had rented a private track somewhere in England, I don’t know, it wouldn’t have had the same effect. So I’m really grateful that Zak flew it out here.”

Dale Earnhardt Jr. was asked by AP’s Jenna Fryer for his thoughts, and responded on Twitter: “I’m happy for Daniel. I’m also appreciative for how he celebrates my father. That makes a lot of dad’s family members and fans smile.”

Following an interview on Sky Sports, commentator Will Buxton informed Ricciardo of Junior’s response. Asked later what that meant to him, Ricciardo replied: “When Will Buxton told me at the end of the interview, I immediately got goosebumps. Honestly, if we’d been in a private setting and he [Junior] told me that one-on-one, I think I’d probably have cried a little bit.

“It was pretty crazy – like, happy-crazy – to be appreciated by that family in general. I’ve been such a fan.

“After Senior, I was a massive fan of Junior. I was watching every NASCAR race for years. I’d wake up and watch Junior try and win the 500 every February.

“It was pretty cool just to be recognized and appreciated for having support for his dad.”

Ricciardo admitted that he had been in a quandary when F1 drivers were first allowed to choose their car numbers, and he automatically went for the ‘3’ that Earnhardt Sr. made legendary in NASCAR.

“I ran the 3 in his font on my helmet… and I remember speaking to Dale Jr.,” said Ricciardo. “I was like, ‘Do I ask if I can do it?’ Even before I asked, he was like, ‘That’s so cool, we really appreciate you.’

“But I was also confident enough in my ‘fanboy’. I’d followed Dale for so many years as a kid, and then Dale Jr., so I was confident that if I got questioned about it I could speak truly and truthfully about it.

“And to bring that into F1 – it’s a bit like myself and Lando with Valentino Rossi. He’s got nothing to do with F1 but he’s a huge figure in motorsport and I appreciate that. It’s the same with Earnhardt.” 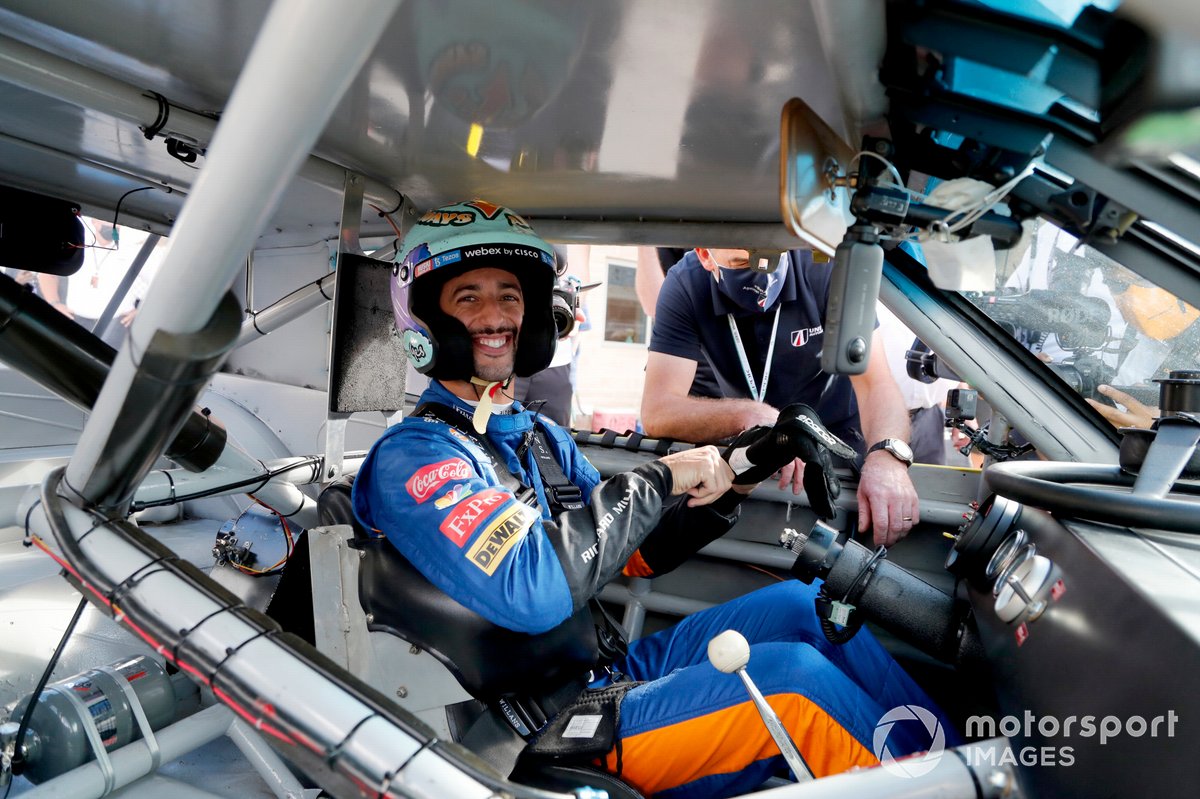 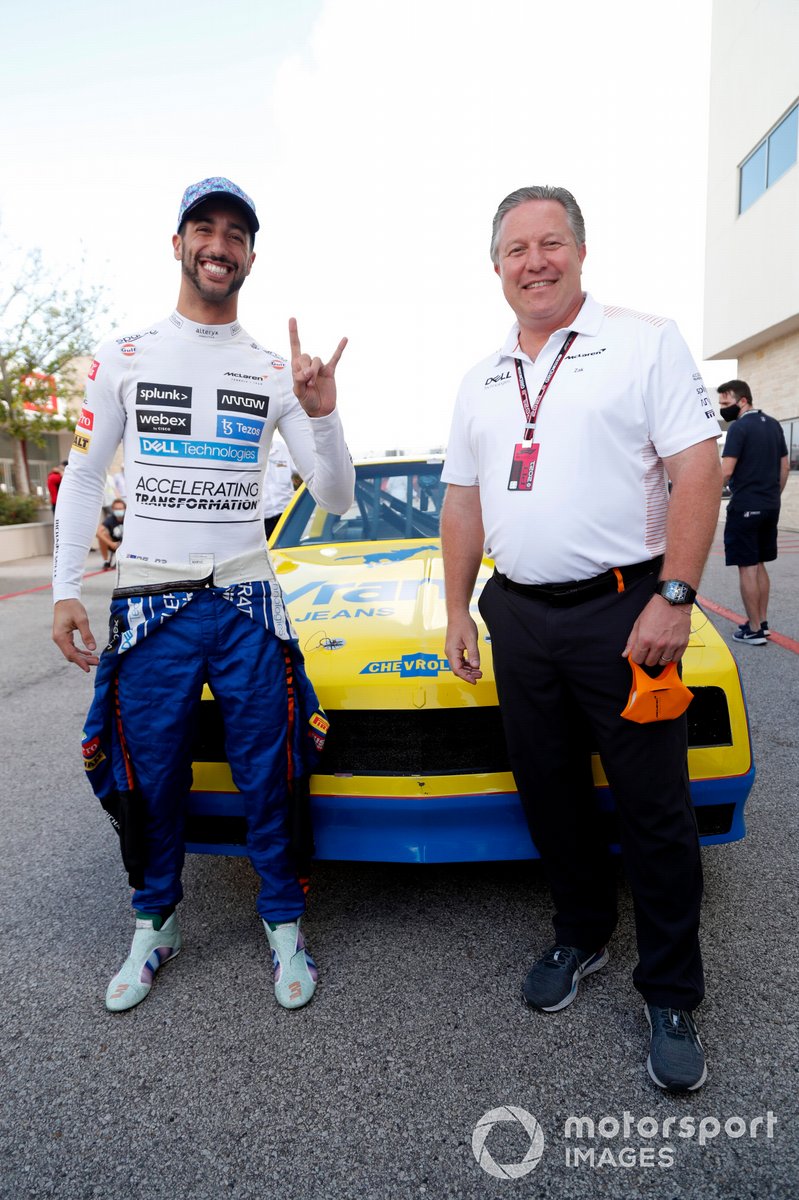