Reigning Xfinity champ Austin Cindric has “a lot to fight for” 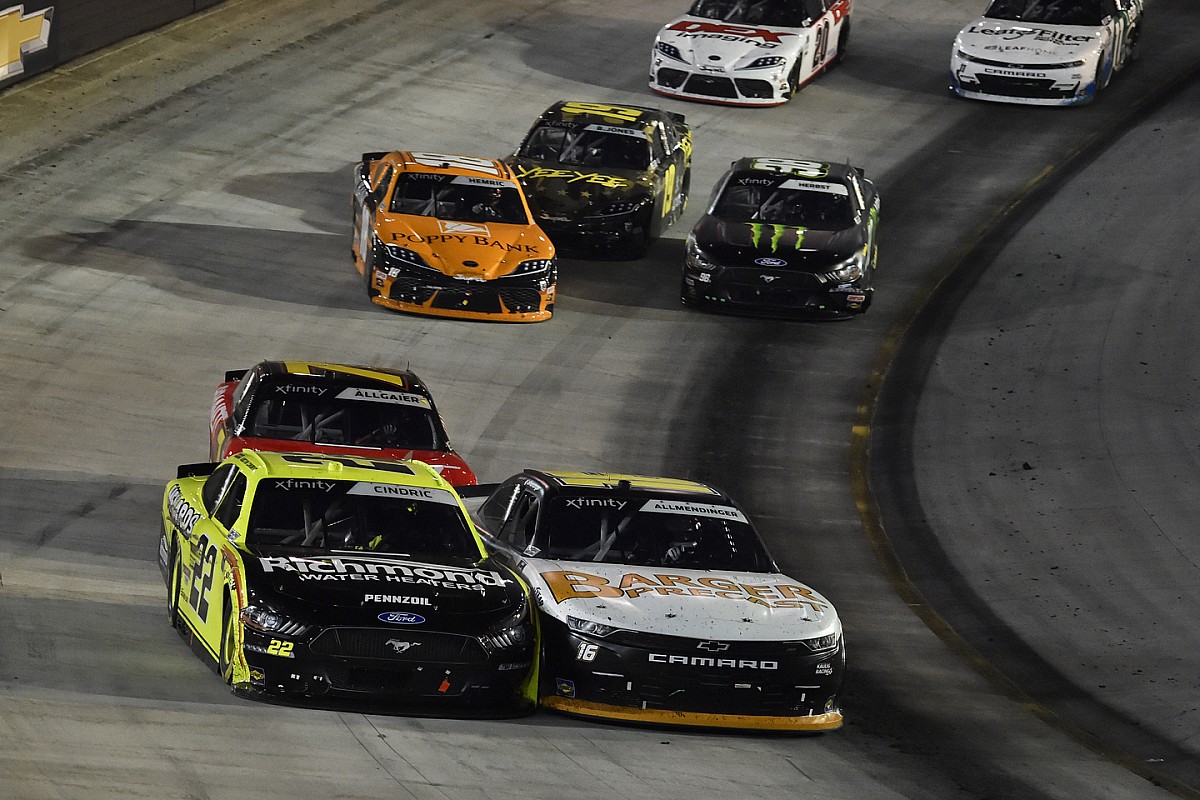 The two have stood apart from the rest of the field most of the season, with Cindric amassing five wins and Allmendinger four, including last weekend at Bristol, Tenn., which gave him the regular season championship.

While Cindric already has his NASCAR future secured with a fulltime Cup ride with the Wood Brothers in 2022, he is spending no time looking ahead.

“I’ve been with the same group of guys throughout the majority of my Xfinity career and I wouldn’t be the driver I am without them, so I’m excited to try and finish this off on the highest note possible,” Cindric said during Tuesday’s Xfinity playoff media day.

“I think about growing together. Brian Wilson, my crew chief, they just had their first kid a couple days ago, so a lot of fun things are changing and happening for us as a group. But, at the same time, there’s no better motivation than something like last week and bringing fast race cars to try and go out and do our jobs.

“I think there’s a lot to fight for.”

It likely served as a prelude to the battles to come for the final seven races of the season but Cindric prefers not to focus on any one driver at the moment.

“If we get into the final four, I think perhaps that’s more of an appropriate time (to focus on Allmendinger) because I have been in that final four. I feel like I know what mentality I need to take to do that, but the hardest part about this playoffs is getting there.”

While Cindric’s 2021 season statistic-wise has been on par – or even better – that his title-winning 2020 season, the last five races have been uncharacteristic of the No. 22 Penske team.

Cindric wrecked out of races at Michigan and Daytona – completing 68 laps between them – and losing the regular season title on the last lap at Bristol was especially frustrating.

“The regular season is over. You can’t change it. You can’t do anything about it. The last four or five weeks have been terrible – everything about it,” he said. “I mean, I can write a book and it would be a pretty short story on how to lose 100 points in two weeks.

“It’s racing. That’s what makes this challenging, I guess. It certainly wasn’t my favorite point in time, but at the same time, I think we proved to ourselves and everybody else that when the heat was on we put ourselves in position to win that race and win that championship.

“Unfortunately, it played out the way it did for us, but, nonetheless, I think there’s more to be said about how we approach those races and how we put ourselves in position and it was a good warm-up for the playoffs.”