“The future of North Wilkesboro Speedway is bright,” he said. “There is a great opportunity to revive this fantastic venue to be, not just a race track, but a place that can host lots of events, a place that people will come to from far away and enjoy the community, enjoy the region and enjoy special events.”

The track hosted its first NASCAR Cup Series race in 1949. Jeff Gordon, now an executive at Hendrick Motorsports and NASCAR Hall of Fame member, won the final NASCAR race at the track in 1996.

Local volunteer groups have spent months cleaning up the area around the 75-year-old race track. The N.C. state budget passed in November included $18 million toward infrastructure improvements at the historic 0.625-mile facility.

“We specifically – and I’ll thank Marcus Lemonis, the CEO of Camping World, for his voice of support – we specifically think it’s a real possibility to bring back NASCAR and the Camping World Truck Series to North Wilkesboro Speedway,” Smith said.

“Those races are nationally televised events, and it’s a national NASCAR touring series. We have a number of those (races) in our (track) portfolios, and I would love to see one of those here.”

Smith said Speedway Motorsports is looking to maintain “the character of the property” in its renovations.

“We want to celebrate the history, but, of course, make it safe, convenient and enjoyable for everyone who comes to visit,” he said. “In the car world, I would call it a ‘resto-mod’. It’s going to look old, but it’s going to work new. 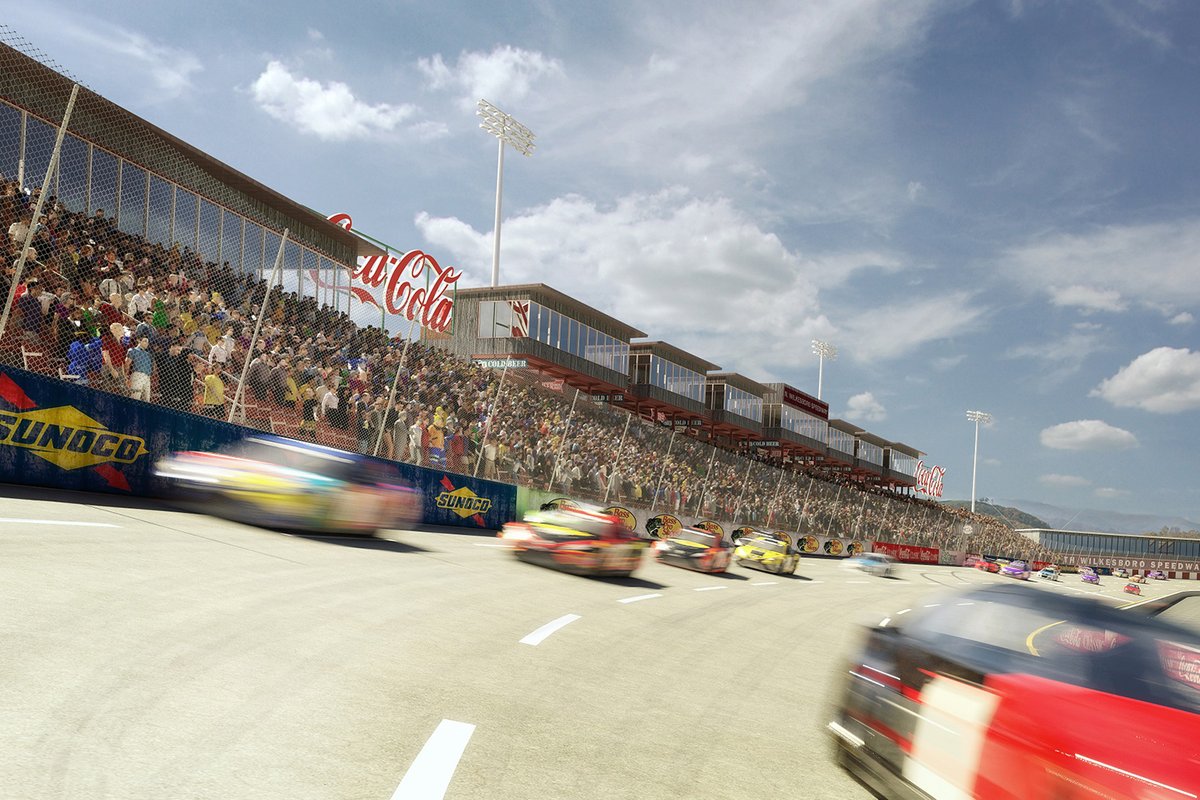 The renderings of the re-envisioned speedway and Smith’s ideas for the facility were well-received by those at the celebration.

“This means everything to anybody that lives in Wilkes County,” said Terri Parsons, widow of NASCAR legend Benny Parsons and a longtime advocate of revitalizing the facility. “By the speedway coming back, this has just turned a lightbulb on in this whole community again.

Smith said the revitalization of North Wilkesboro would never have been possible without the unwavering support of the local community.

There have been various efforts over the years to restart racing at the track but none ended up proving viable long-term and it closed for good in 2011.

Interest in the track seemed to spike after the track was added to iRacing venues in 2020 and utilized in the eNASCAR series aired by Fox Sports at the height of the COVID-19 pandemic.

“Anybody might have said this place is too far gone,” Smith said, “but this community rallied and brought it to a place where we can rebuild it and it can be a fantastic jewel.”