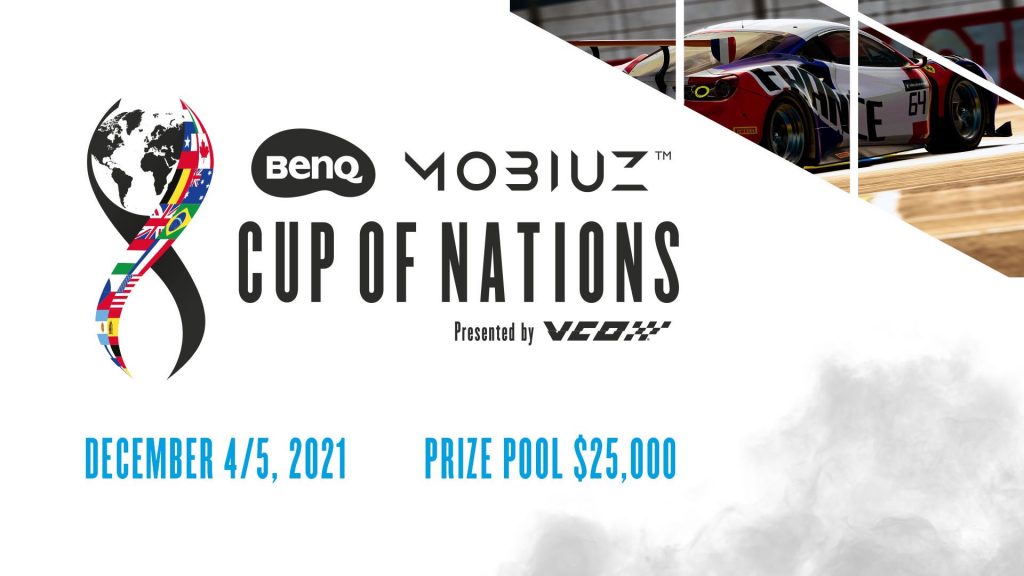 Munich – With two months to go until the BenQ MOBIUZ Cup of Nations presented by VCO, all the details of this unique Esports racing competition on leading sim platform iRacing have now been confirmed. The first of two Time Attack sessions will be held from Monday to Wednesday. The second Qualifier is scheduled to run from 25th to 27th October 2021. The four fastest drivers from each country will qualify for the grand finale on 4th and 5th December (LIVE on the VCO Esports YouTube channel).

The first part of the Road to Cup of Nations begins on Monday and sees the Esports racers take to the track in a Dallara Formula 3 car, in which they will endeavour to set the fastest time at the Zandvoort circuit. The combination of car and circuit for the second Qualifier will be announced at a later date. Traditionally, the Cup of Nations focusses on offering equal opportunity and a manageable amount of time for preparations.

All the information on the BenQ MOBIUZ Cup of Nations presented by VCO can be found and viewed in the comprehensive Tournament Information.