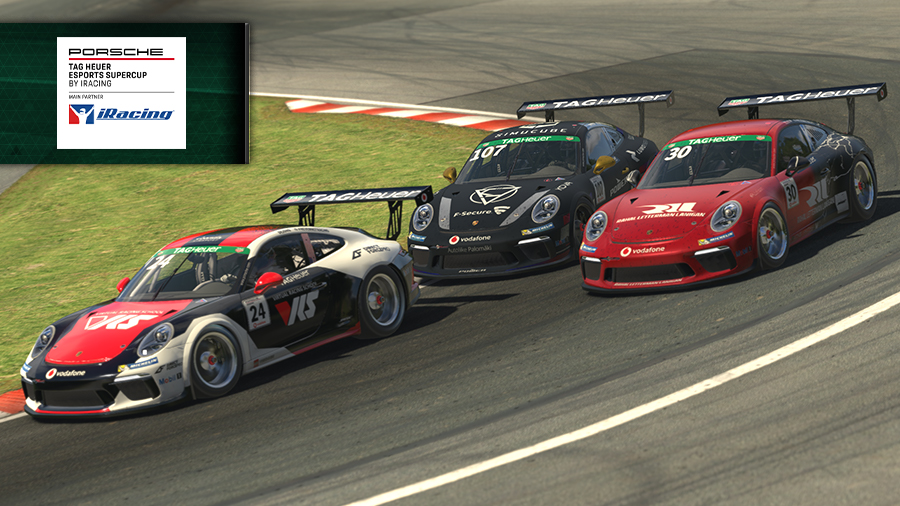 After a jam-packed first half of the 2021 Porsche TAG Heuer Esports Supercup season, with three sets of races on back-to-back weeks, the pace of the championship settles into races every other week for the final four rounds of the campaign. The first round of that quartet comes this Saturday at Circuit de Spa-Francorchamps, the iconic Belgian circuit known the world over for producing dramatic racing no matter what series it’s hosting.

Spa is part of a very short list of circuits to have hosted a round of the championship in each of its three seasons. In its 2019 debut, Patrik Holzmann dominated most of the race, only to be outfoxed by Tommy Ostgaard on the final lap, with eventual series champion Joshua Rogers third. Last year, Sebastian Job’s charge toward the series title included a win here over Kevin Ellis Jr. and Yohann Harth.

With that track record, don’t be surprised if whoever eventually wins this year’s title ends up on the podium here on Saturday. Rogers remains firmly in control of the championship chase, maintaining a 77-point advantage despite Mitchell deJong finally breaking through for his first career series win at Circuit Gilles Villeneuve last time out. Ellis, Job, and promising rookie Charlie Collins complete the top five, but all will likely need to count on Rogers to falter in a big way to get themselves back in meaningful championship conversation.

As always, Saturday’s Porsche TAG Heuer Esports Supercup race will be preceded by an All-Star Race featuring major influencers and real-world drivers. The lineup receives a major expansion this week with the additions of IndyCar and Indianapolis 500 champion Tony Kanaan, plus popular streamers Dave Cam and Hydro. The All-Star Race action kicks off at 1PM ET, with the Porsche TAG Heuer Esports Supercup immediately following at 2PM ET.

Saturday’s Porsche TAG Heuer Esports Supercup race from Circuit de Spa-Francorchamps can be seen on Porsche and iRacing social media channels. Drivers will then have two weeks to prepare for the challenge of the Nurburgring Nordschleife on March 27, another track where Job took a feature victory on the way to last year’s title. For more information on iRacing and for special offers, visit www.iracing.com.