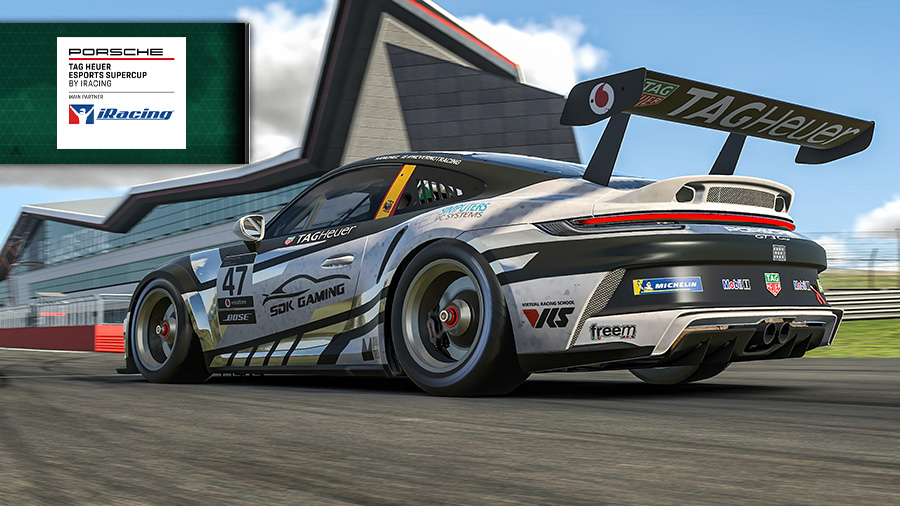 The Porsche TAG Heuer Esports Supercup hits its halfway point in 2022 with its inaugural trip to Austria and the Red Bull Ring. As always, the broadcast can be seen on Saturday at 3PM ET at twitch.tv/iracing.

Last Race: Over the past few PESC seasons, Alejandro Sanchez has gone from a top prospect in the series to a regular contender for race victories. Last week at Silverstone, he returned to the winner’s circle in the feature, becoming the fourth different main race winner in four rounds after a spirited battle with Charlie Collins in the 14-lap main event. The 1-2 finish also enabled the duo to climb to ninth and 10th in series points.

Interlagos winner Zac Campbell would complete the podium, while Diogo Pinto would retain the points lead with a fourth place finish and Maximilian Benecke would hold off sprint race winner and 2020 series champion Sebastian Job to complete the top five. Pinto extended his championship advantage to 20 points over Campbell, and 50 over Kevin Ellis Jr. and Jamie Fluke, who are tied for third place. Jaroslav “Jardier” Honzik and eNASCAR star Casey Kirwan would split the sprint and feature sessions in the All-Star event, which utilized the Porsche 718 Cayman GT4 Clubsport for the first time this season.

Track Facts: Spielberg, Austria is home to the Red Bull Ring, currently named for the global energy drink conglomerate that brought the track to new heights over the past decade. It opened in 1969 as the Österreichring and was rechristened the A1-Ring in 1996, hosting the Austrian Grand Prix for significant portions of four decades before its amenities were demolished in 2004. After multiple attempts to revive the circuit, it finally reopened in 2011 as the Red Bull Ring, and the Austrian Grand Prix returned three years later.

Next Race: Following Spielberg, the Porsche TAG Heuer Esports Supercup makes its lone North American stop of the 2022 season with a trek to Circuit Gilles Villeneuve. A longtime host of the championship, last year’s visit to Montreal saw Mitchell deJong hold off Ellis Jr. and Tuomas Tahtela in the feature race, as the podium was split by just .465 seconds at the finish line.