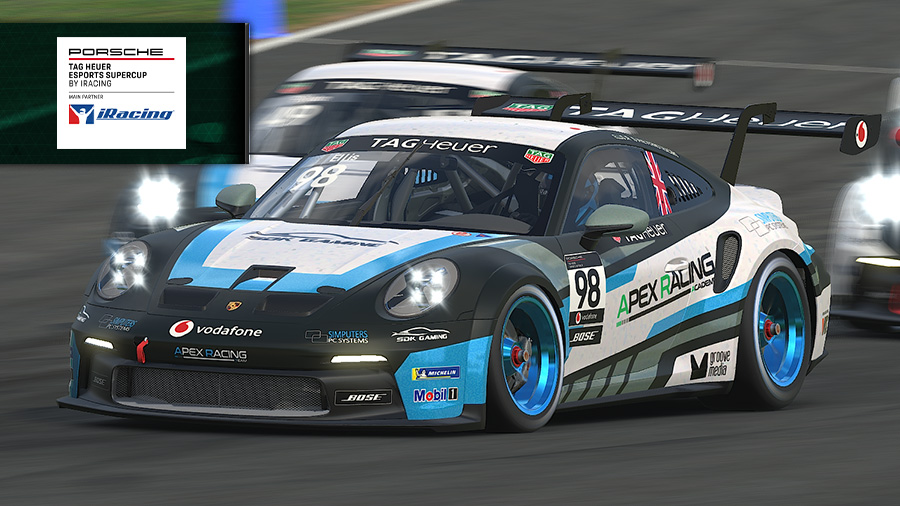 The Porsche TAG Heuer Esports Supercup continues its 2022 season with another visit to Autodromo Jose Carlos Pace, better known as Interlagos, for its third round of the championship. As always, the broadcast can be seen on Saturday at 2PM ET at twitch.tv/iracing.

Last Race: Circuit de Barcelona-Catalunya served to scramble up the points standings after an interesting opening round at the Hockenheimring, as incoming points leader Ayhancan Guven would only score finishes of 11th and ninth in the sprint and feature races, respectively. Instead, it was Diogo Pinto who would leave the weekend with the points lead thanks to a win in the sprint race. But the main event victory would go to Kevin Ellis Jr., who dominated the feature by leading all 18 laps from the top spot on the grid and become a PESC race winner for the second season in a row.

Last Season: Interlagos served as the opening venue of the 2021 season, and a terrific venue for Ellis, who climbed from 13th to seventh on the sprint race grid before taking a feature win from the front row of the grid. Ellis took over the lead from now-teammate Alejandro Sanchez to lead 16 of the feature’s 20 laps and score the victory over Maximilian Benecke and Mitchell deJong. Both previous series champions, Joshua Rogers and Sebastian Job, suffered struggles in the feature that knocked them out of the top 20.

Track Facts: Located in Sao Paulo, Autodromo Jose Carlos Pace (better known as Interlagos) has hosted the Brazilian Grand Prix for the better part of the past 50 years. The 2.677-mile, 15-turn circuit took its current form in 1999, under a decade after a dramatic shortening from its original layout of nearly five miles. Its most unique characteristics include both its counterclockwise direction and its hilly terrain. The elevation changes and racing surface are well known for testing the limits of both a driver’s physical fitness and car’s durability.

Next Race: Following Interlagos, the Porsche TAG Heuer Esports Supercup returns to the Silverstone Circuit on Saturday, March 19, where Job took down Rogers last year in a spirited battle. Silverstone combines with Austria’s Red Bull Ring on March 26 as the only back-to-back rounds of the 2022 season.