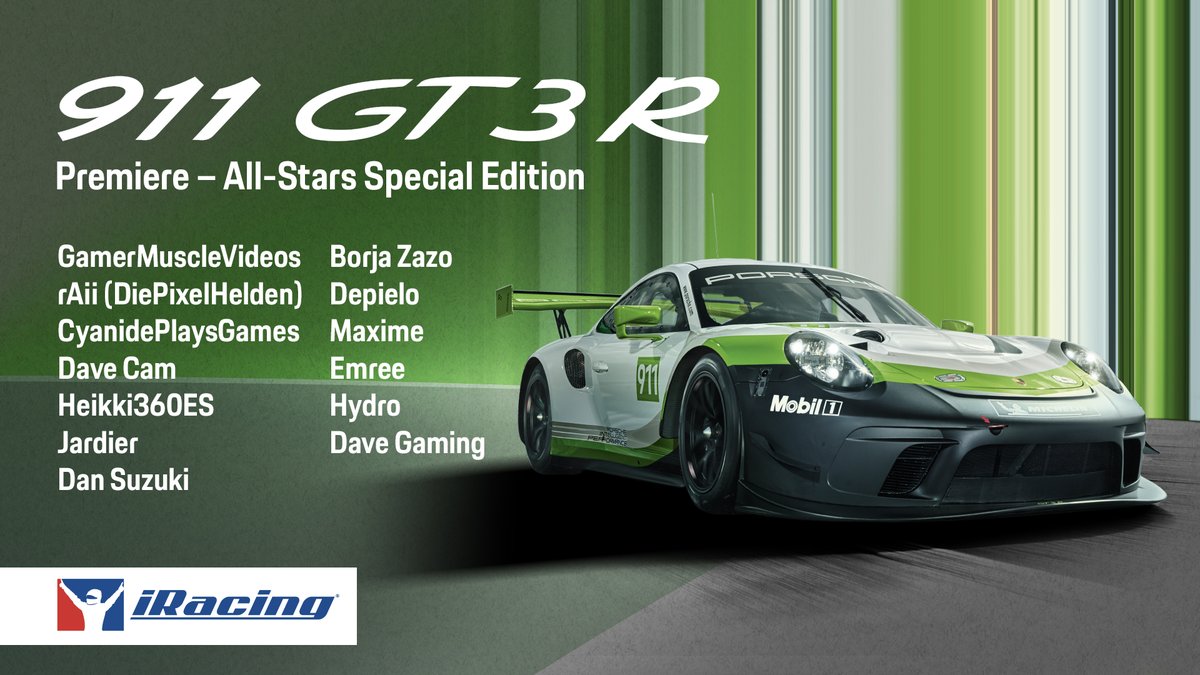 Can’t wait to get your hands on the Porsche 911 GT3 R when it comes to iRacing next week? More than a dozen of sim racing’s most popular streamers, all of whom participated in the Porsche All-Stars series that ran before Porsche TAG Heuer Esports Supercup broadcasts earlier this year, will return to the cockpit today to shake down the new car in a special race session. The event kicks off at 2PM ET on twitch.tv/Porsche.

It’s no surprise that the Porsche 911 GT3 R is one of the most popular GT3s in the world, considering Porsche’s racing pedigree. The car kicked off its racing exploits with a win in the Bathurst 12 Hour, and can often be seen in the winner’s circle in IMSA, the Intercontinental GT Challenge, and other series around the world. Fittingly, the car will make its public iRacing debut on the Hockenheimring, home to the real-world Porsche Experience Center.

Influencers such as 2021 Porsche All-Stars champion Emily “Emree” Jones, Dan Suzuki, Jardier, Borja Zazo, and Dave Cam will be part of today’s entry list. Following the All-Stars event, iRacers can look forward to driving the car themselves for the first time next week as a part of the 2021 Season 3 build.