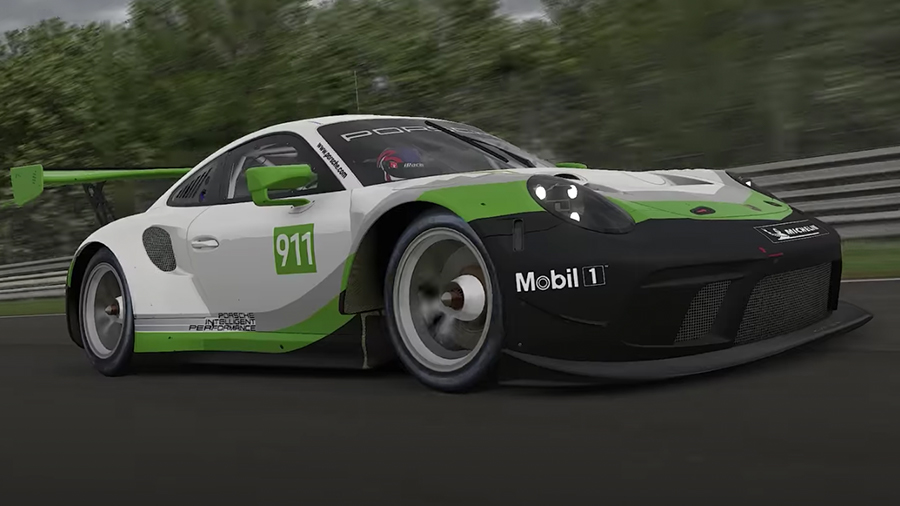 The newest addition to iRacing’s GT3 grid will make its debut as part of 2021 Season 3, as the Porsche 911 GT3 R joins the lineup with a June release. Porsche’s internationally renowned GT3 car was revealed at the Hockenheimring this weekend as part of the Porsche TAG Heuer Esports Supercup finale.

The current Porsche 911 GT3 R made its debut for the 2019 race season, featuring a 4.0-liter flat six boxer engine and aerodynamic upgrades. Its international triumphs include back-to-back victories in the Spa 24 Hours, a win in the 2019 Bathurst 12 Hour, and multiple IMSA WeatherTech SportsCar Championship wins, including the last two editions of the 12 Hours of Sebring. It joins a robust lineup of Porsche cars on iRacing, including the Porsche 919 LMP1, Porsche 911 RSR, Porsche 911 GT3 Cup, and Porsche 718 Cayman GT4 Clubsport.

Porsche and iRacing announced the car’s impending in-sim debut during a live event at the Hockenheimring that coincided with the third season finale of the Porsche TAG Heuer Esports Supercup. Australian driver Josh Rogers locked up his second series championship in three years during a sublime 2021 campaign, netting the most pole positions along the way as well.

The Porsche 911 GT3 R will be available as part of the upcoming iRacing 2021 Season 3 build. For more information on iRacing and for special offers, visit www.iracing.com.