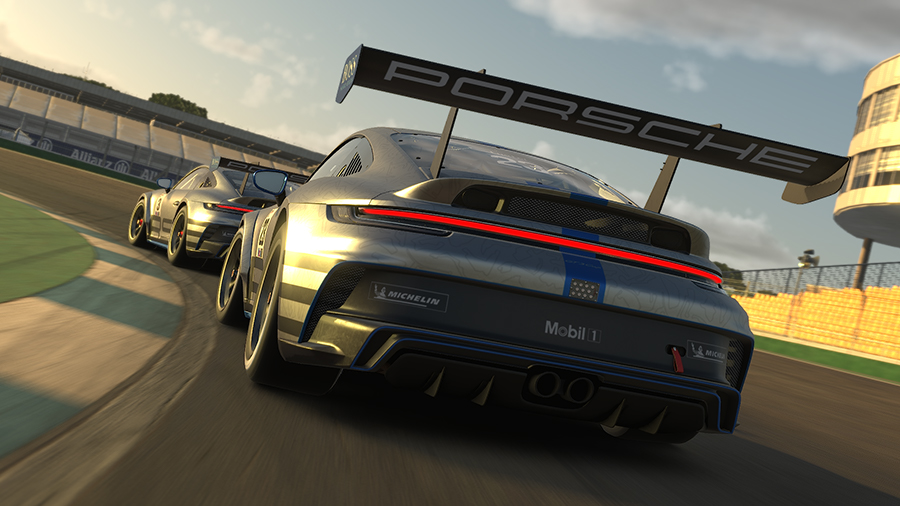 On the heels of the release of the Porsche 911 GT3 R in June, iRacing and Porsche are pleased to reveal that the Porsche 911 GT3 Cup (992) will also join the service in time for the 2021 Season 4 build in September. The latest generation of vehicle used in the global Porsche Supercup single-make competition joins a robust lineup of Porsche LMP1, GTE, GT3, and GT4 cars already on iRacing.

“iRacing is proud to welcome the new Porsche 911 GT3 Cup to the sim for September,” said iRacing executive vice president Steve Myers. “Our lineup of Porsche vehicles has always proven quite popular across special events, public series, and hosted races, and we expect the updated 911 GT3 Cup car to be similarly well-received among iRacers around the world.”

The Porsche 911 GT3 Cup (992) packs a 510-horsepower punch and introduces a fresh slate of upgrades from its predecessor. Besides an increase in power in its 4.0-liter flat-six powerplant, included in the evolution from the 991.2 generation model are a new chassis design with increased aluminum usage, double wishbone front suspension, a new electronic shift system, safety features, and more. The real-world version of the car made its debut in time for the 2021 Porsche Supercup season.

The Porsche 911 GT3 Cup (992) will hit the track on iRacing for the first time on September 4, with a special event featuring content creators competing in a fun-oriented race at Hockenheim. Tune in to twitch.tv/Porsche at 18:00 GMT (2PM ET) to watch the action. For more information on Porsche’s real-world and sim racing motorsports initiatives, visit http://motorsports.porsche.com. For more information on iRacing and for special offers, visit www.iracing.com.