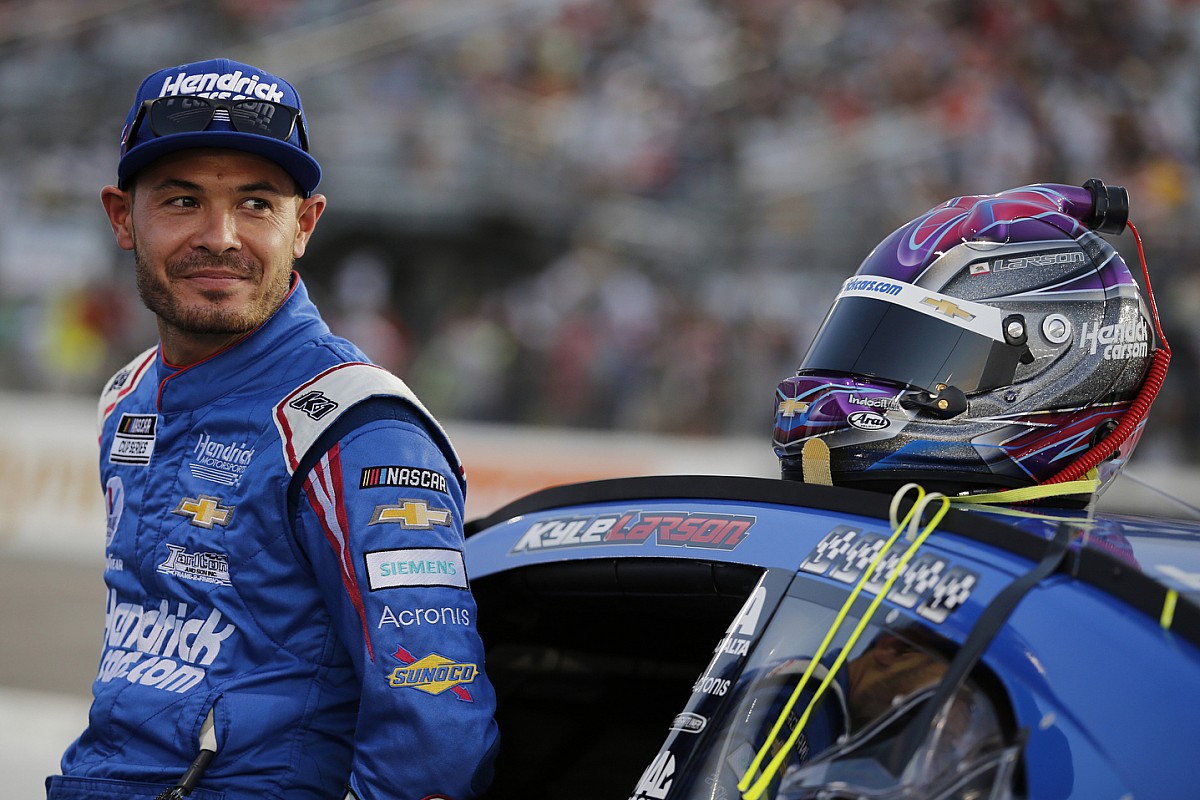 “It’s rare when you can look to one singular point in the race and that that was the turning point in the race, but it really was,” he said. “Hendrick cars are always strong at these tracks.

“I’m not saying we weren’t good. We were certainly capable. That gave us the leg up that we needed to take control of the race.”

On Lap 92 of 267 early in the second stage, Joey Gase lost a tire and slammed hard into the Turn 2 wall to bring out a caution. The caution was extended a few laps when a safety truck had to be towed off the track.

Being right at the window to have enough fuel to make it to the end of the stage, several lead-lap cars – including Hamlin – elected to pit.

All four Hendrick teams, however, stayed out and William Byron remained in the lead when the race restarted with HMS teammate Kyle Larson alongside him.

The problem? The remainder of the 80-lap stage went caution-free. That meant, Byron, Larson, Chase Elliott and Alex Bowman all had to make a pit stop under green to take on fuel to make it to the finish.

Hamlin ended up winning the stage, while Byron, Bowman and Larson all had to take the wave-around during the stage caution to get back on lead lap, which left them far back in the field.

“I certainly own my part in that,” he said. We just blew it. It was terrible.”

Larson, Byron and Bowman never got back in contention for the win. Byron was forced to pit under green in the final stage for a flat tire, Bowman had to pit twice under green for a broken left valve stem on a tire and Larson could only make it back to 10th.

Elliott was only Hendrick that was able to remain up front. He cut Hamlin’s lead to under a second with less than five laps remaining but never found himself in a serious position to challenge for the win.

“We had the strategy deal with not being able to make it on fuel and had to recover from that. We had to take two tires and that hurt us,” Byron said. “We were able to drive all the way back to the front from the back again, so that was twice.

“And then we had the flat tire.”

At the end of the race, Byron and Bowman once again find themselves in the final four of the playoff standings and in danger of being eliminated after the conclusion of the second round in two weeks.