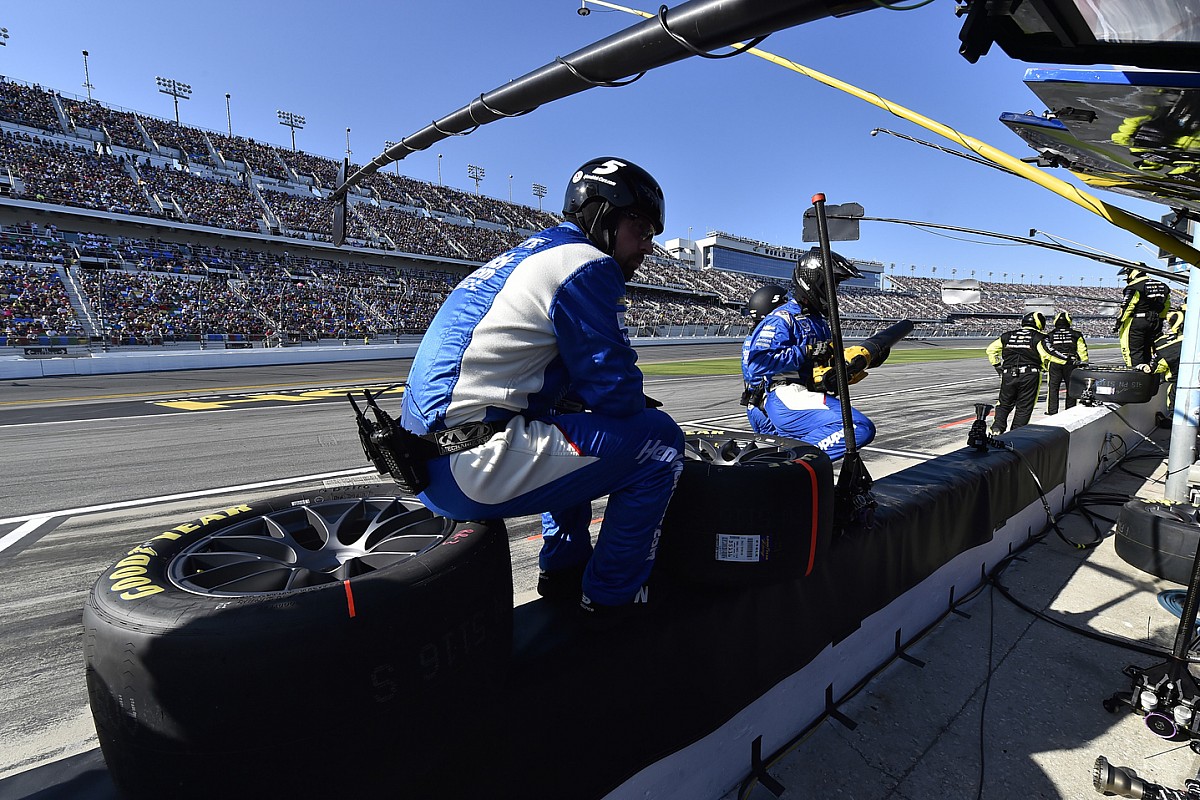 The season-opening Daytona 500 had pit stops, of course, but most were done under green-flag conditions and without a full field of cars on pit road at the same time.

Sunday’s race in Fontana, Calif., couldn’t have been more different.

With the track’s old and abrasive surface and a record-tying 12 cautions, Cup series’ pit crews got tested to the max with repeated full-field four-tire stops throughout the three-hour race.

Austin Dillon, who ended up challenging Kyle Larson on the final lap for the race win, heaped praise on the pit crew of his No. 3 Richard Childress Racing team for providing him the opportunity at the victory.

“Huge credit to the Lord and our pit crew. Man, they were unbelievable all day,” Dillon said. “They kept us in this race. We had to make a bunch of adjustments. We were terrible at the beginning.

“Just kind of learning the car myself and then communicating with Justin (Alexander, crew chief), we just made it better and better. The pit crew was the story of the day today. They were special.”

Tyler Reddick, Dillon’s teammate at RCR, dominated the first two stages of the race and did so with the help of his pit crew, who got his No. 8 Chevrolet off pit road first following seven consecutive pit stops.

“Absolutely gutted by how our race unfolded but I couldn’t be prouder of this whole team and what we were able to do a majority of this race today,” Reddick said. “We will learn from this; we will become stronger from this and be hungrier than ever before.”

Daniel Suarez, who briefly took the lead late in the race before finishing fourth, called his pit crew members “legends” for their work in Sunday’s race.

“It’s unbelievable. It’s the best pit crew I’ve ever had, and it’s a lot of fun to race like that,” he said. “I can tell you that I’m going to work very, very hard to go to Victory Lane very, very soon.”

Putting drivers back into contention

While Larson wasn’t up front a lot of Sunday’s race, a pit stop played a critical role in his victory as well.

When Chase Elliott spun on the backstretch on Lap 192, all the lead-lap cars pit for new tires and Larson’s No. 5 Chevrolet was the first off pit road, giving him control of the final restart.

Pit road played a much different role in Ryan Blaney’s race on Sunday.

Blaney’s No. 12 Ford appeared to be one of the fastest cars in the race but nearly every time he went down pit road, he lost numerous positions. That repeatedly forced Blaney to spend time fighting to regain the lost track position.

According to reports over Blaney’s team radio following the stops, the set-up on the car may have contributed to the pit crew having difficulty in removing the rear tires on the car.