The organization officially revealed its new name during a news conference Tuesday at the NASCAR Hall of Fame in Charlotte, N.C.

“Petty GMS will have a sole focus of winning. Both teams have a track record of winning and we have a strong desire to continue this legacy in a new chapter. Ty (Dillon) and Erik (Jones) have proven themselves through the years and we are looking forward to the success they will have as teammates.”

Jones, who recently signed a contract extension with RPM, will continue to drive the No. 43 Chevrolet in the Cup Series. Dillon was originally going to drive the No. 94 for GMS but will change to the No. 42, honoring Petty Motorsports founder Lee Petty who used that number from 1949 to 1961.

Richard Petty, a member of the inaugural NASCAR Hall of Fame class of 2010, will serve as Chairman of the newly formed organization and remain a face of the team at the racetrack.

He owns several NASCAR records, including wins (200), 123 poles, most wins in a single season (27), most Daytona 500 victories (seven), most consecutive wins (10) and he was the first of three drivers to win seven championships in the Cup Series.

“Maury (Gallagher) and Mike (Beam, team president) have built a really solid organization at GMS,” said Petty. “They’ve won a lot of races and a couple of championships in the Truck Series, and I really look forward to doing the same in the Cup Series.

“Maury’s commitment to competing and winning is obvious in everything he does, that’s something we really needed. The opportunity to combine our two organizations on the Cup front makes a lot of sense for all of us for a number of reasons, one of which is the talent we have between the two organizations.

“This will make us a lot stronger together.”

Petty said he looked forward to seeing the Nos. 42 and 43 compete together on the track again.

“I grew up watching my dad race that car, I worked on cars with that number way before I started racing,” he said. “Dad had a lot of success winning races and championships with that number.

“Kyle drove cars and won races with the No. 42 as well. It’s really special to me that Petty GMS will be racing that car number.” 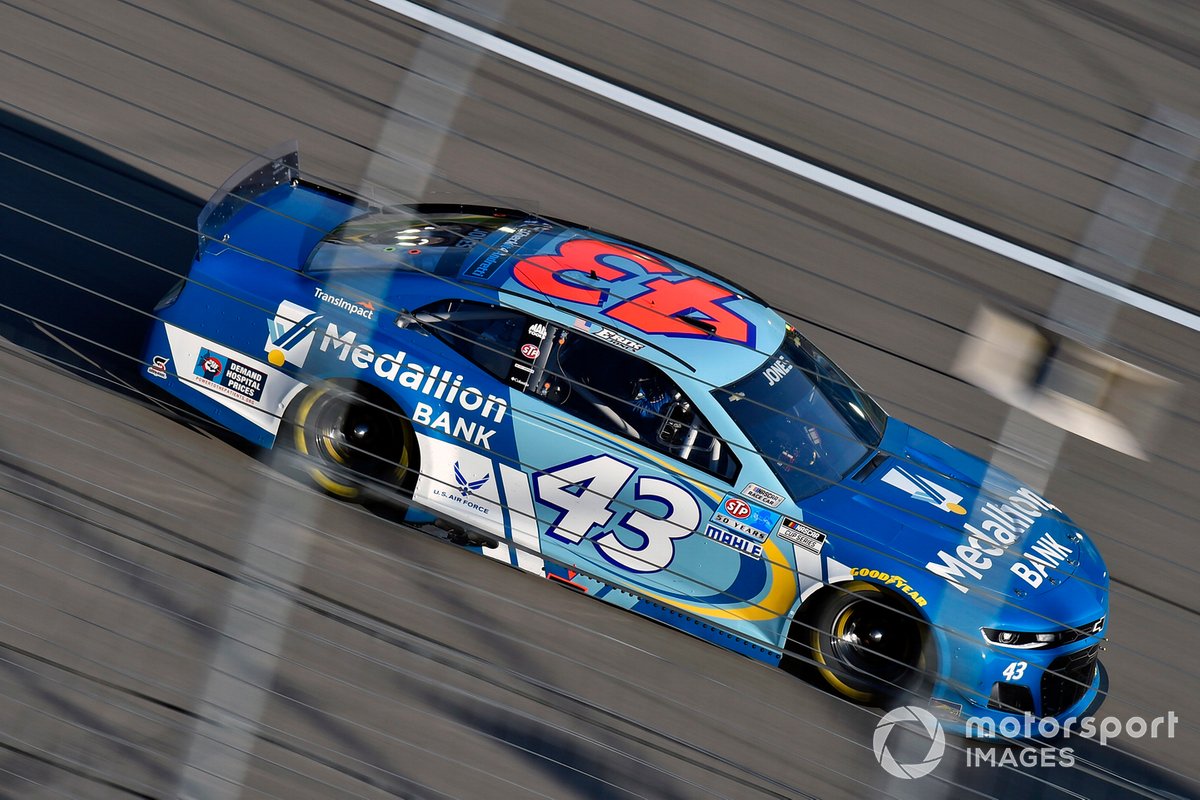 Petty GMS Motorsports will be led by President Mike Beam, who will oversee the day-to-day operations. Brian Moffitt will assume the role of executive vice president of sales.

GMS Racing will continue to compete full-time in the NASCAR Truck and ARCA Menards series. Since forming in 2012, Gallagher’s organization has won two Truck championships, one ARCA title, and two ARCA East championships, as well as earned 65 wins, 235 top-five, and 427 top-10 finishes across six series.

“The legacy of GMS Racing has been focused on winning and achieving high success, no matter the series,” Beam said. “Our 25-acre, three-building complex in Statesville has roughly 150,000 square feet and is equal to many current Cup shops in size and sophistication. We are ahead of most of the new Cup entrants this year because of our infrastructure.

“This highly functioning race shop will allow us to hit the ground running. This facility combined with our race-winning personnel gives me confidence that we can make an impact as soon as this season.”