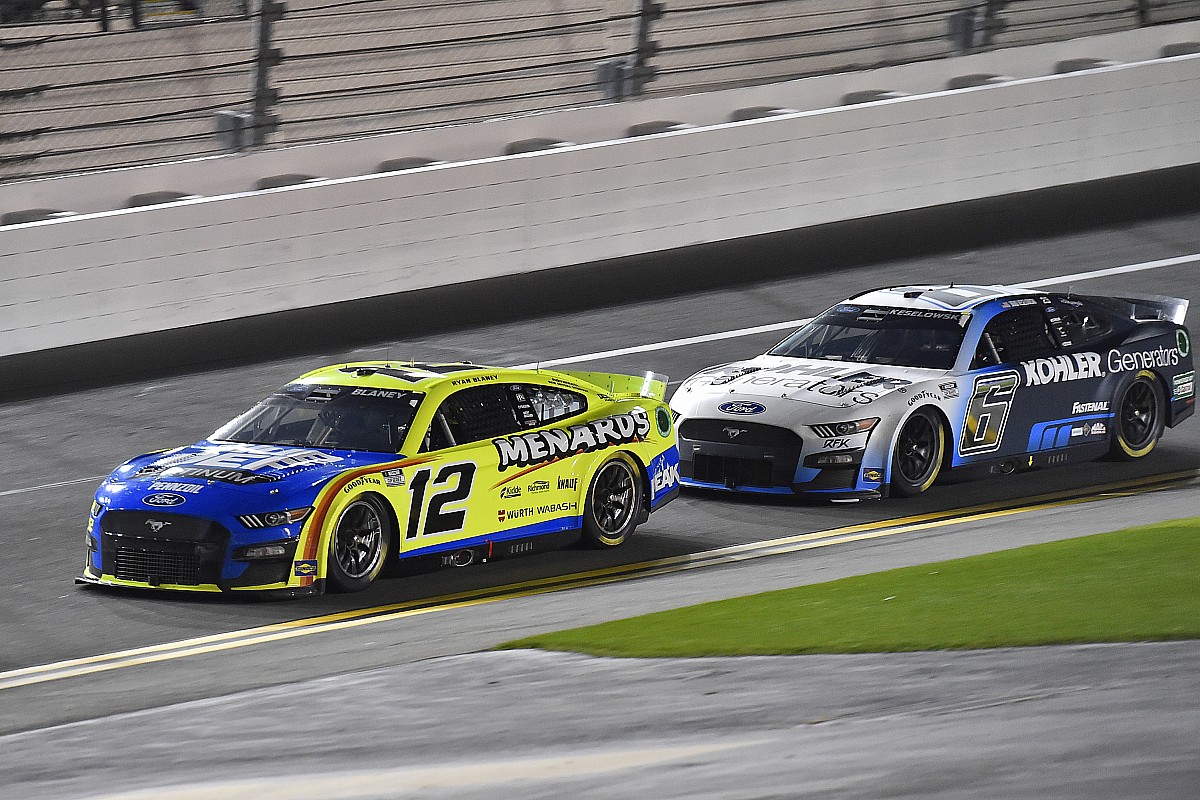 The tires have been transported back to NASCAR’s research and development center in Concord, N.C., for further inspection.

Any penalties they do come out will not be announced until the conclusion of the inspection at the R&D center.

A NASCAR spokesman told Motorsport.com that the wheels in question were found in the garage Friday morning and NASCAR did not believe they were involved in or affected Thursday night’s qualifying races – both of which were won by RFK Racing drivers.

A Goodyear Tire & Rubber Co. spokesman said “nearly 85 percent” of tires are mounted on wheels prior to the race weekend.

However, a team could potentially unmount and remount a tire at the track, or something could have been to the wheels after they were mounted.

NASCAR’s updated penalty system includes much harsher consequences for violations, including the revoking of playoff eligibility. The updated L1 – L3 penalty structure was announced along with the introduction of the Next Gen car.

The car signals big changes for race teams. A spec chassis is manufactured for the teams by Technique Inc., there are now 18-inch aluminum wheels with a single center-locking lug nut, and a six-speed sequential manual transmission.

A team Penske spokesman declined to comment on the confiscation of the wheels, saying the organization will await the results of NASCAR’s further inspection.