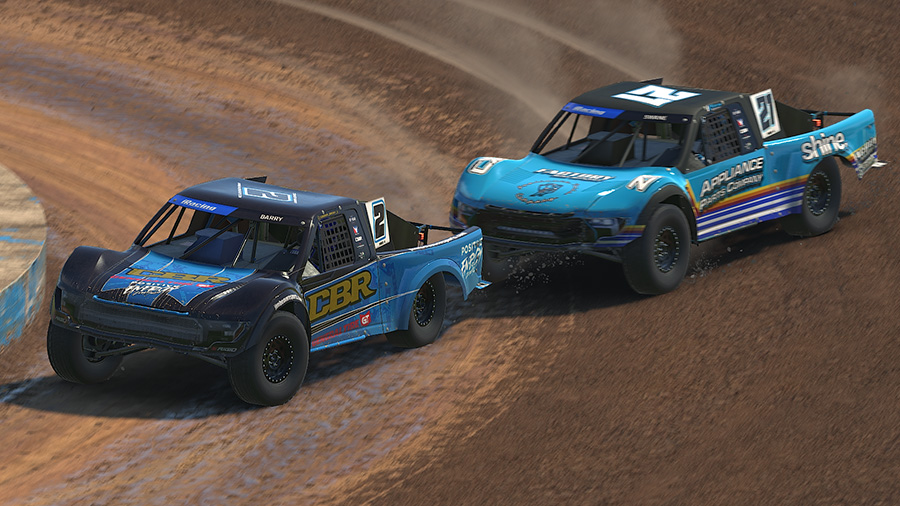 Team General Tire’s Cam Pedersen and Connor Barry split the victories in the first-ever iRacing Off-Road Championship event from Crandon International Raceway on Tuesday night, but the way they earned them couldn’t have been more different. Pedersen took the Vision Wheel Pole Award with the fastest qualifying time and overcame the eight-truck inversion to reclaim the lead on Crandon’s land rush start and lead the entire first race. Barry, meanwhile, made the winning pass on Factory Simsport driver Keaton Swane in the final corner of the second race to snag the victory and the points lead.

24 of the top off-road sim racers in the world spent three months running qualifying races for the right to compete in the series, which features eight double feature events and a $25,000 purse on the line. A mix of short course lifers, converts from other dirt series like iRacing Rallycross and World of Outlaws Sprint Cars and Late Models, and even drivers with real-world short course and rallycross experience all made it into the series.

Despite the tricky nature of Crandon’s 10-wide land rush starts, more than 20 trucks finished on the lead lap in each race, and battles were prevalent throughout the field. In each race, the top two trucks were able to establish a buffer from third place on back, with Pedersen and Josh Edmundson clearing Quentin Dall’olmo by more than a second in the first race and Barry and Swane more than nine seconds ahead of Felix Roy at the close of the second. 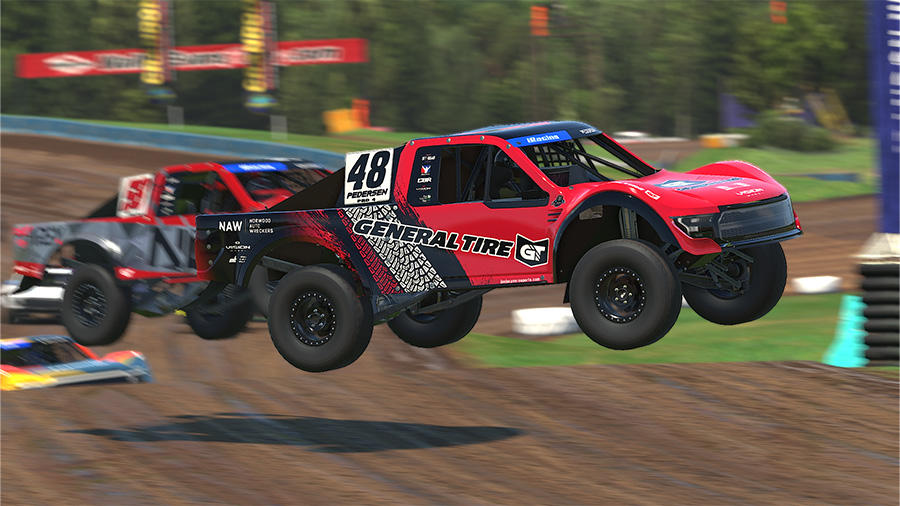 Tuesday’s Big Green Egg Green Flag Award winners were Pedersen and Swane, who led the first laps of the two respective features. The CBR Hard Charger Award saw a three-way tie in the first race, with Pedersen, Christopher Plumley, and Tom Grady each gaining seven spots, while Alex Bergeron held it himself in the second race by gaining 14 spots.

Top five finishers from iRacing Off-Road Championship Series Round 1 at Crandon were as follows:

Top five finishers from iRacing Off-Road Championship Series Round 2 at Crandon were as follows: 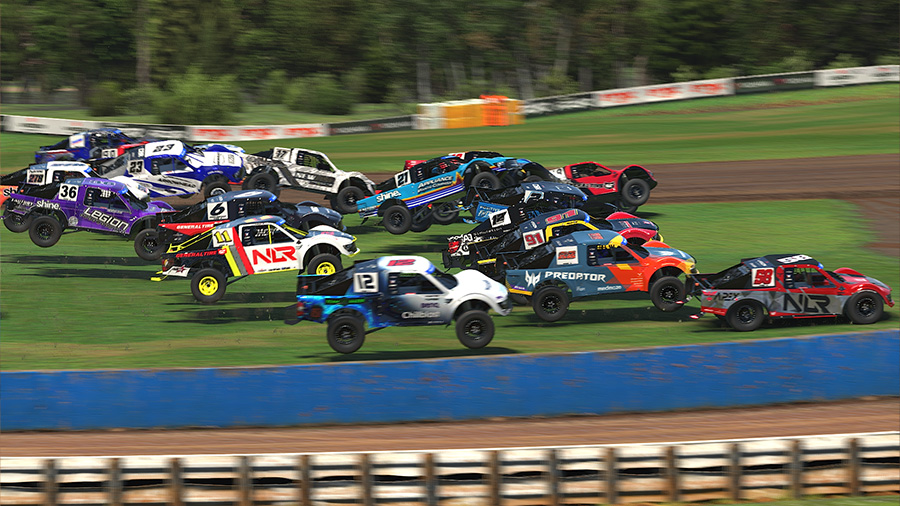 iRacing Off-Road Championship Series points through two of 16 rounds are as follows:

iRacing Off-Road Championship Series action continues Wednesday, June 29 at Wild Horse Pass Motorsports Park. Coverage begins at 8:30PM ET on iracing.com/live with a pair of All-Star races in the Pro 2 Lite, while the pro sim racers return to action in the Pro 4 at 9PM ET.