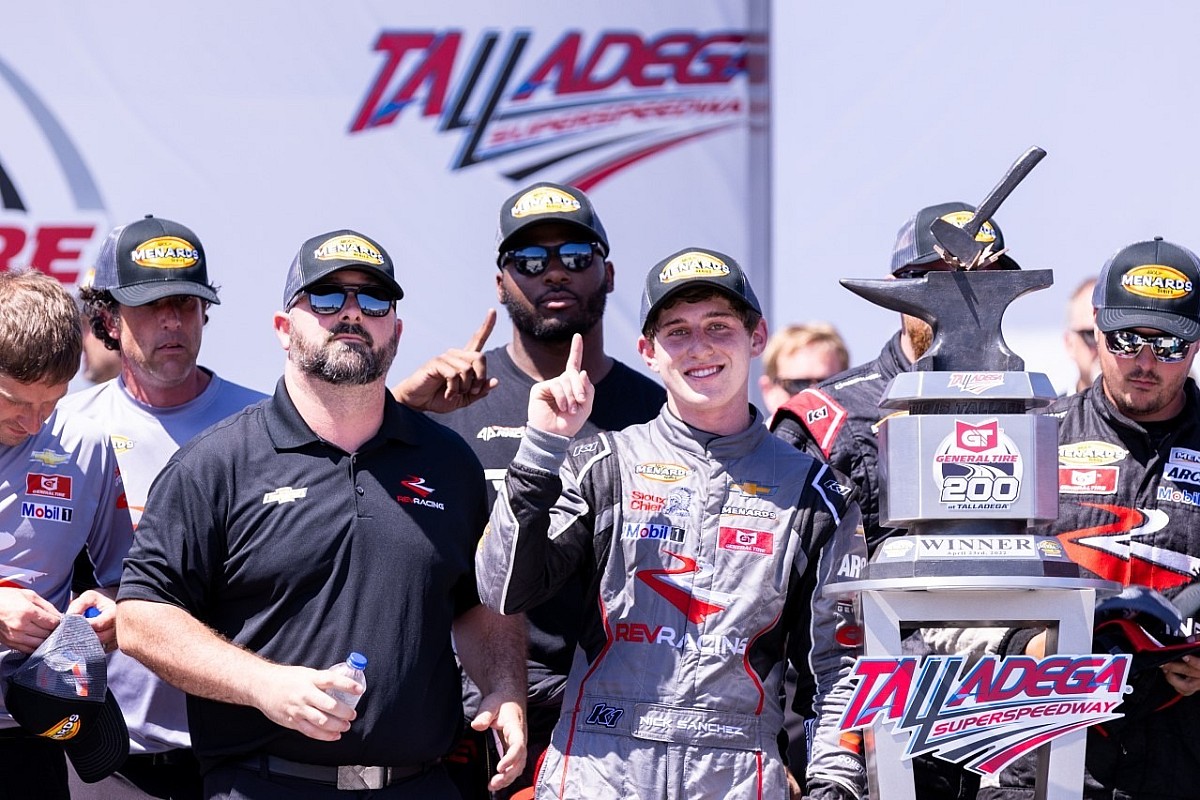 When the scheduled 76-lap race restarted on Lap 64, ARCA officials announced that due to time constraints, the next flag would end the race.

With a shove from Sanchez, Corey Heim quickly powered into the lead but Sanchez soon got caught in the middle lane and fellow back to about eighth.

On Lap 68, Sanchez had worked his way back to the front and helped push Daniel Dye to the lead but he got turned by Heim, which triggered a caution and ended the race. Sanchez had nosed ahead of Heim for the lead when the caution was displayed and was declared the winner after 68 laps.

“They told me the last caution was going to end (the race) so I was driving pretty aggressive and trying to get to the front before someone wrecked,” Sanchez said. “It was kind of every man for himself right there.

“At the end there, I went with my teammate (Rajah Caruth) but I kind of threw the plans I thought I had away. I probably wouldn’t have made some of those moves that I did.”

On Lap 49, a multi-car wrecked erupted on the frontstretch and as cars scattered throughout the infield, the No. 69 of Scott Melton plowed into the passenger side of the Eric Caudell.

The No. 69 came to a rest in the field and safety workers had to use the ‘Jaws of Life’ to cut the roof off the car and extract Melton from the car. He was placed on a stretcher and appeared to be talking to safety workers as he was placed in an ambulance.

A Kimmel Racing spokesperson later confirmed Melton remained in stable condition at a local hospital after suffering a compound fracture in his left leg.

The race resumed after about a 17-minute red flag.

After the race, officials announced Melton has been transported to a local hospital for further evaluation.