NASCAR’s Phelps vows to ‘be bold’ and ‘take calculated risks’ 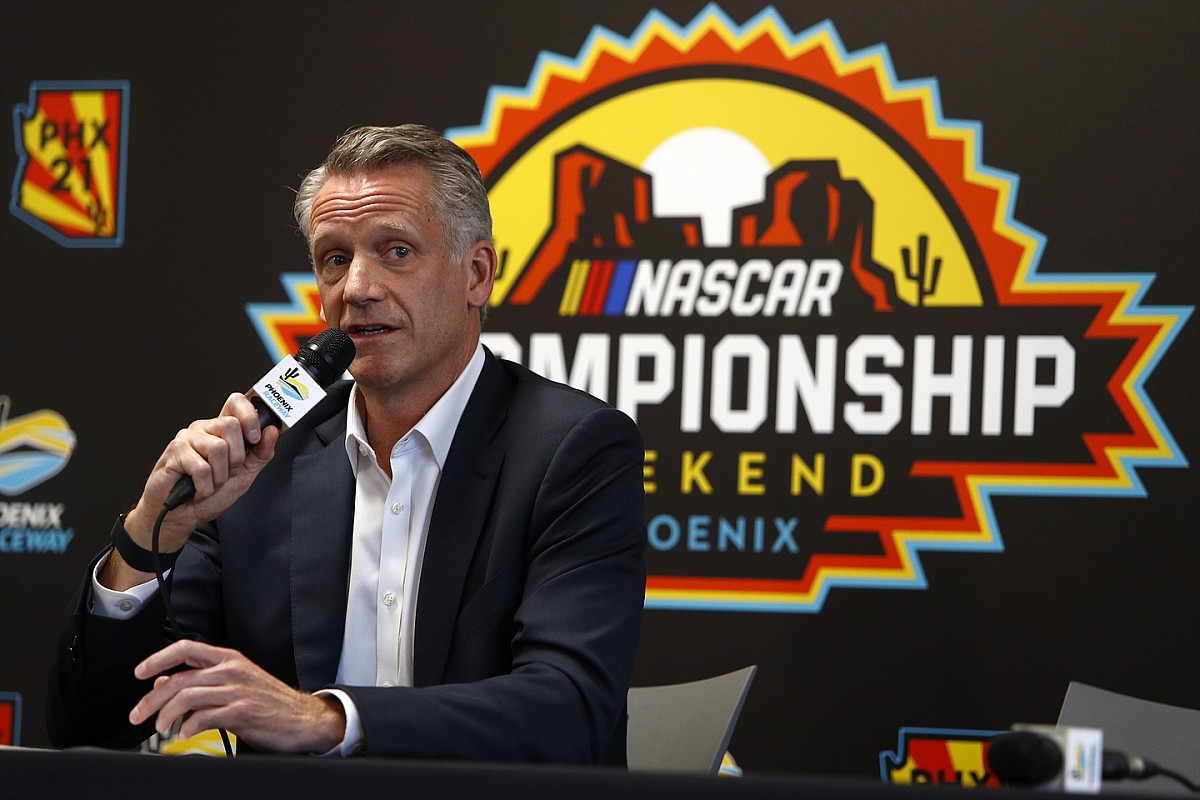 Thanks to the relaxation of most pandemic protocols, Phelps participated in-person Friday at Phoenix Raceway while giving his annual state-of-the-sport address and taking questions from the media.

“Last year wasn’t an easy year. But we persevered,” Phelps said. “Frankly we are a stronger sport today than we were pre-pandemic. I would argue with anyone who would say otherwise.

“The technology in the car, the data that’s going to spin off that car, all designed to enhance the fan experience. That’s what I think is going to happen here.”

NASCAR was the only sport that was able to complete all its events in its three national series last year, despite a three-month shutdown of the sport due to COVID-19 and the ensuing restrictions that limited attendance (for team members and fans) at tracks.

The 2021 season kicked off with high expectations as it featured the biggest shakeup seen in the Cup Series schedule in more than 50 years.

Several new venues were added to the Cup schedule, the first dirt race was held since 1970 and the number of road-course events grew from two to six.

NASCAR already has several more changes in place for the 2022 season, with the preseason Clash exhibition being moved to the Los Angeles Coliseum, the addition of World Wide Technology Raceway shaking up the races that make the 10-race playoff.

Phelps also addressed NASCAR’s current relationship with its drivers and the communication between the two.

Over the summer, several prominent drivers had criticized NASCAR for a poor job in discussing safety concerns regarding the Next Gen car.

“I would say as we looked at kind of June, July, early August, that’s probably a fair statement that the drivers and the sanctioning body were not on the same page,” Phelps said.

“But I think right now I believe the drivers feel good about the direction of the Next Gen car both from a drivability standpoint, since most of them had the opportunity to drive it now, and from a safety perspective.”

Phelps said he and his executive teams are looking for ways to moving forward – through small groups or large meetings – to keep lines of communication open with participants.

Among the other topics Phelps addressed:

– NASCAR denounced any association with the marking of the “Let’s go Brandon” slogan, a euphemism being used by conservatives in politics as an insult directed at President Joe Biden. Phelps said NASCAR does not want to be associated with politics and would sue to stop the use of its registered trademark being used on apparel with the slogan.

– Phelps said he “doesn’t know” if Auto Club Speedway in California will have its transformation completed from a 2-mile oval to a short track in time for the 2023 season.

– Phelps said NASCAR is now “positioned well” to have productive discussions with Fox and NBC over media rights. NASCAR’s current TV deal expires at the conclusion of 2024.

– NASCAR does not believe the COVID-19 vaccination rate in the industry is “high enough” but it has seen a significant increase since the spring.

– Phelps said heading into the 2022 season it will still have to adjust its schedules and operating procedures based on local pandemic restrictions that are in place. Los Angeles, site of the 2022 Clash, currently requires proof of vaccination or a recent negative test for attendees to sporting events.