Richard Childress Racing’s Reddick had led the race for 51 laps on the quarter-mile track, after passing Kyle Busch, until his car suddenly lost power under a caution following Ricky Stenhouse’s spin.

Rather than blame the car, Reddick held himself accountable for being too aggressive as he weaved and dumped the clutch on his 670bhp Chevrolet Camaro.

“I was trying to get some heat in the tyres,” he told Fox Sports, “and I think I broke the transaxle, I don’t know that’s a little scary, thinking about all the pitstops that we’ll do, just dropping the clutch like that. So, unfortunate, but I’d rather break it here than in a points-paying race or at the Daytona 500.”

On his performance until that point, he added: “Just an incredible job by my guys, my Chevrolet was amazing and we really did a lot of the right things going into this race and we took off a little better than Kyle did, and our car drove good in traffic.

“It’s a bummer but it’s not too heartbreaking at the same time because what I did directly caused the breakage it seems. We’ll learn from it, and hope to never let it happen again and turn it into a positive in the season that’s coming.” 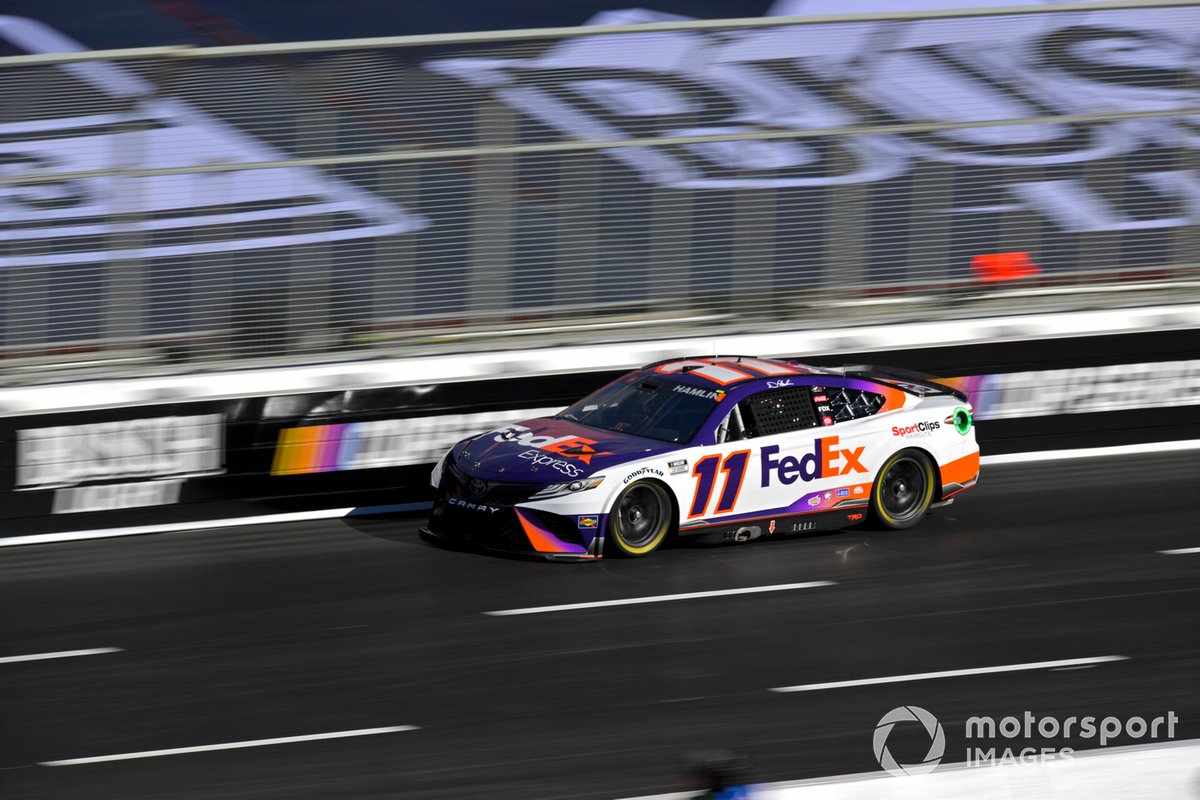 Joe Gibbs Racing’s Denny Hamlin was the first retirement when he suffered a power steering issue after going a lap down early on.

“Mechanical,” he reported. “It looks like the power steering belt evidently came off and took the hose with it. We didn’t have any steering ability.

“This is something you will probably see a lot of this year. It’s just fixing all of the bugs that are going to happen. Unfortunately, [I] had a power steering issue.”

Meantime, another front runner Chase Briscoe was forced to park his Stewart-Haas Racing Ford Mustang under the same yellow flag with a driveline issue.

“No drive, it made a rattling noise when I hit the gas,” Briscoe reported over the radio.

Ryan Preece was another retirement just after the mid-race break in the 150-mile race due to a lack of brakes.