Eight Cup Series teams will take part in the Sept. 7-8 Goodyear tire test at Daytona, the most cars that have participated in an on-track test of the new car so far.

Teams only received chassis and parts to begin building the new cars in mid-July following a positive review of crash test data by an independent panel of experts.

NASCAR officials say they have several goals for next week’s test:

– Evaluate the power level (and speed) of the cars in a pack. NASCAR tested at Daytona last year with just a single car.

– Evaluate the reaction of the Next Gen car in packs and around other cars on track.

– Goodyear will use the data to develop a tire compound for the 2022 season. Next Gen cars feature an 18-inch wheel compared to the current 15-inch model.

– Give teams and drivers a chance to get more familiar with the car, set-ups and making in-race adjustments. 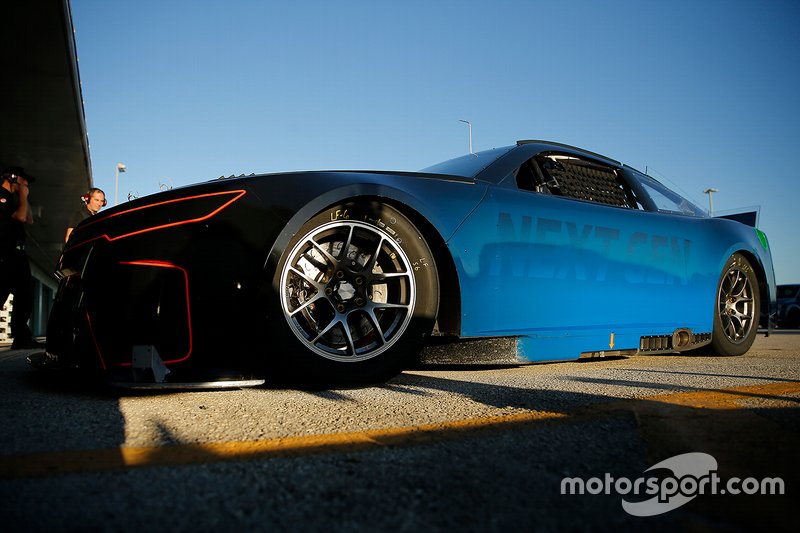 The styling and composition of the new common Dallara-made chassis has allowed the Next Gen cars to better replicate the identities of their showroom counterparts.

“I think for me, I’ll be trying to set a baseline for those guys, try to make it a smooth test, try to gather data and information,” said Byron, who also participated in one of NASCAR’s earliest tests of the Next Gen car.

“I think one of the best things I can do is just be a good test driver. That’s what I’ve learned over the years. Sometimes when I show up to test, with as young as I am, I just try to go fast and that’s not really the goal of the test.

“Daytona is going to be different. We’ll be doing some single cars runs and I won’t learn much from that. Maybe when we get in a pack, maybe I’ll learn some things. It will still be a pretty long ways from being around a bunch of cars there.”