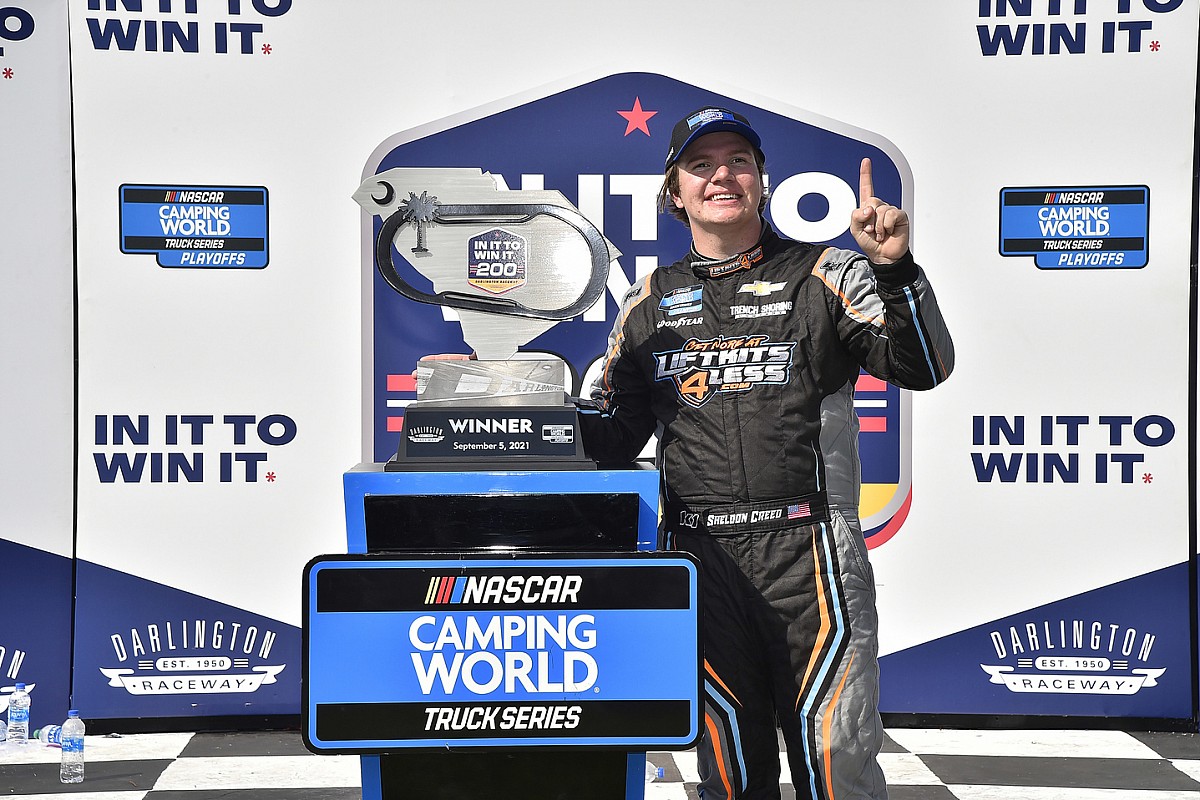 RCR announced Creed, 24, would join the organization next season but did not identify with which team he would drive. Myatt Snider currently competes for RCR in Xfinity in the No. 2 Chevrolet.

Creed has kicked off his bid at back-to-back Truck titles for his GMS Racing team by winning the first two races of the 2021 playoffs.

“Sheldon has proved himself as a talented driver during his short NASCAR career and we know that he will help contribute to RCR’s competitive NASCAR Xfinity Series program with his drive to succeed,” said Richard Childress, Chairman and CEO of RCR.

“I am looking forward to watching his career continue to develop as a RCR driver and feel confident that he will represent RCR well both on and off the track.”

Creed is a member of Chevrolet’s Drivers Edge driver development program and is a former champion of the ARCA Menards Series, Lucas Oil Off-Road Racing Series and Stadium Super Trucks.

“So many current NASCAR Cup Series stars got their start in RCR’s NASCAR Xfinity Series program, so it is an honor to be able to add my name to that prestigious list. I am grateful for the opportunity and looking forward to 2022.”

Among the drivers who have won in RCR’s Xfinity program are Kevin Harvick, Clint Bowyer, Austin Dillon, Ty Dillon, Reddick and Snider.

RCR said it would release details of the remainder of its Xfinity Series lineup at a later date.