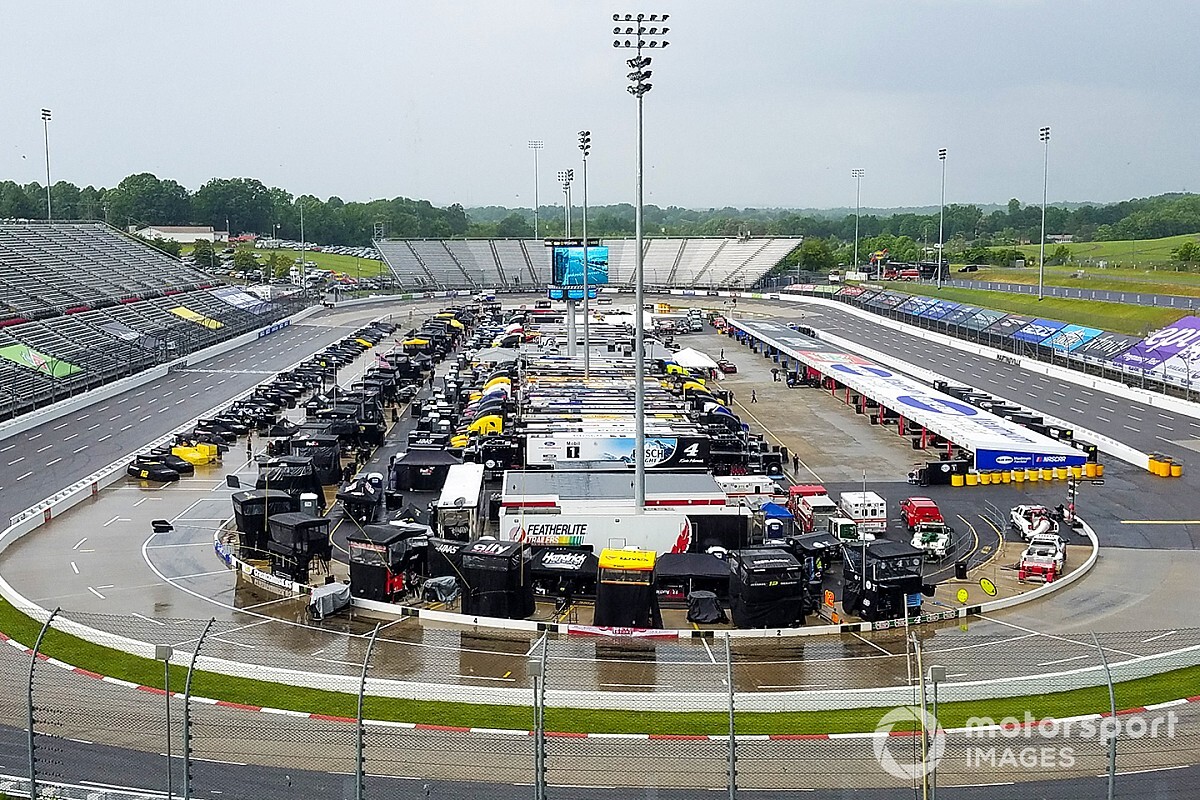 A test at Martinsville Speedway this week will be aimed at figuring out whether rain tires could be feasible at some short tracks in the future.

NASCAR first used rain tires in an official national series event back in 2008 at the Circuit Gilles Villeneuve road course in Montreal. Cup cars utilized rain tires for the first time during 2020’s Charlotte Roval event, but never before on an oval.

“I think the overall goal is anything we can do to speed up the drying process, regardless of the technology, to allow us to get back to racing more quickly is a benefit to the fans,” NASCAR executive vice president and chief racing development officer Steve O’Donnell told NASCAR.com.

“We’re always trying to innovate, and you saw that with what we’ve done around the track-drying system and that’s worked out well. We’ve always looked at what’s the next iteration. If you’ve looked at what the teams have been able to do with more road racing coming into the fold, the idea of short tracks and could we work with Goodyear to find a tire that would allow us to get back to racing sooner under wet-weather conditions.”

NASCAR’s goal seems to be less about racing in the rain on short ovals, but making it possible to get back racing on a damp track as soon as the rain stops.

But how quickly could a change like that become a reality?

“Too early to tell,” admitted O’Donnell. “But I would say if this worked and we felt comfortable with it — and that would be both Goodyear and reaction from the drivers and teams — this is something we would look to implement as quickly as we could. We all know that if we can deliver a race on time or shorten those delays, that’s a benefit to the entire industry.”