NASCAR to fans about Next Gen: “This car is for you” 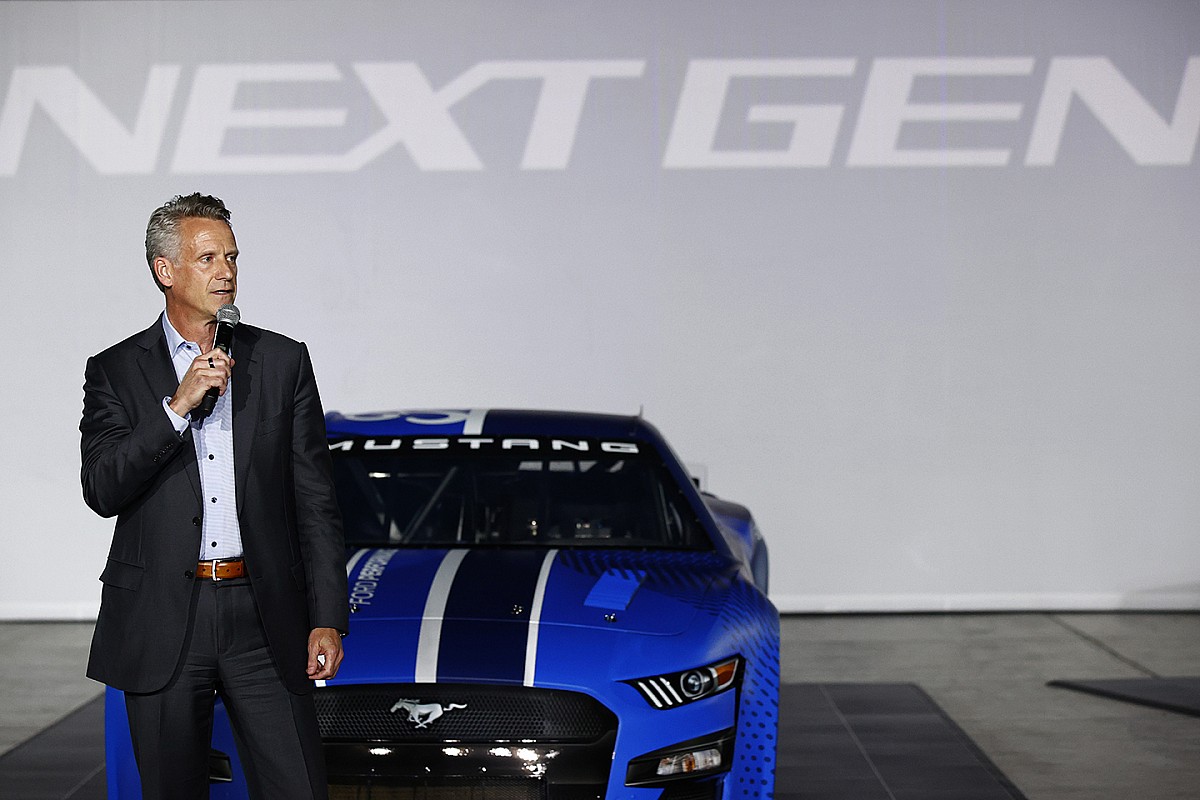 While kicking off the unveiling ceremony in Charlotte, N.C., NASCAR President Steve Phelps began by thanking fans for tuning into the broadcast.

“Truly, this car is for you,” he said. “This is a significant moment for our sport. This car is more relevant and includes more innovation than any car in NASCAR history.

The styling of the car is clear. I mean, they look unbelievable. Just so incredible to finally be here. We really wanted to get back to a promise that we had made to the fans, which is to put the ‘stock’ back in stock car.”

Each current manufacturer will remain with its current model used in the Cup Series – the Chevrolet Camaro, the Ford Mustang and Toyota Camry.

What’s new with the Next Gen car?

But even to the naked eye, the styling and composition of the new common Dallara-made chassis has allowed the cars to much more replicate the identities of their showroom counterparts.

Prior to Wednesday’s unveiling a manufacturer-generic version of the Next Gen had been used in testing thus far. Even then, several prominent features stood out – including far more stock-looking wheels and wheel well, body side molding and character lines, hood design and air exhaust vents built into the rear bumper.

“We have a symmetric body, a composite body. ‘Rubbing is racing,’ so there will be less of a chance – I’m not saying there won’t be any chance – our drivers can find ways to hit the wall – I think you’ll see when they do that now, there will be less consequence,” said John Propst, NASCAR’s senior vice president of innovation and racing development.

“The body will be more resilient. There are things in there that are more relevant to our OEMs like independent suspension and rack-and-pinion. Wider, softer tires; a lot more mechanical grip in the car.”

The design of the Next Gen car has been intended to give drivers greater control while putting an emphasis back on race strategies, team personnel and vehicle set-ups.

The cost-control measures including a limit of seven cars per individual team for the season and the ability to use each car at every track in the series are also intended to help attract additional manufacturers and new prospective team owners.

The bottom line in any redesign, however, is the quality of racing produced.

While testing of the Next Gen car hasn’t involved more than two cars thus far, NASCAR officials believe the product on the track will only improve.

“There’s a relevance to this race car that we haven’t seen frankly in 40, 50 years, and most importantly is I think the racing is going to be better,” Phelps said. “I think you look at the aero in particular and the wake or the dirty air that comes from the existing car, the ability to reduce that, which I’ve been told that’s what it does.

“Then the bigger tire patch and the wider tires with a softer compound I think will, again, create what I already believe is the best racing we’ve already had and will create even better racing.”

Ford driver Joey Logano, who participated in one of the first on-track tests of the car, believes driving the new car will be “a blast.”

“I can’t wait to drive this thing. So many new challenges, with us not knowing what’s coming next, what is the next corner going to be like, what is it going to be like when we race each other on a speedway, a short track, a dirt track,” he said.

“Whatever we go to, we have a lot of unknowns of how we race each other, how we set up the cars. You think about how much fun it’s going to be as we all try to evolve so quickly to become the first winners in this car and try to win the championship next year.

The Next Gen car will debut officially on track for racing at the 2022 Daytona 500 but there are several more tests involving multiple cars still to come later this year and in the offseason.

As a sneak peek for fans, Wednesday night’s eNASCAR iRacing Pro Invitational Series race among current Cup drivers at the virtual Darlington (S.C.) Raceway will feature the Next Gen cars. Fox Sports 1 will carry the broadcast beginning at 8 p.m. ET.

The true test will come with 40 cars on the track but NASCAR officials remain excited about the future the Next Gen car can provide.

“We’re really looking forward to our drivers going out there and showcasing their abilities. They’re the best in the world at doing what we do,” said Steve O’Donnell, NASCAR’s executive vice president and chief racing development officer.

“We believe the car that our engineering team and the entire industry has put together is going to enable us to do that.”