NASCAR teams try to ‘find that edge’ with Next Gen car

More than 20 Cup Series teams on Thursday wrapped up a two-day test of the Next Gen car on the Charlotte Motor Speedway oval, the first time teams have been able to test the car on an intermediate track, which make up the bulk of the series schedule.

Still, drivers and teams spent a majority of their time learning how to adjust and improve the performance of the respective cars.

“To me, it’s about where is that line – where is that edge of what you can lean on, especially at these mile-and-a-half tracks,” said 2020 champion Chase Elliott. “Once you find that edge, how easy is it to live there? Can you live there for an entire tire run or can you not?

“Is this car lacking that much side-force that you can’t live in that ‘happy zone’ of a yaw moment to run an entire fuel run or not? There are a lot of fine, detailed questions. We’re probably too early into it.

“Right now, it seems to be more about fundamental things like how do we work on the car, how do we prepare to go have a practice session, have it go smoothly, make the right changes and be timely with our adjustments.”

Early Thursday, NASCAR allowed teams to test a 7-inch rear spoiler (down from an 8-inch used on Wednesday) to see if the cars would recover some speed.

A change made to the cars prior to this test – the addition of rear window vents to address a heating issue that arose in a previous test at Daytona – was adding drag and slowing the cars.

“To be real honest, I don’t know if I was pushing (the car) in my first three or four runs (of the day) so I didn’t see a big difference,” Elliott said. “I think the reason is I wasn’t on the edge like I needed to be yet at that point in time.

“If you’re not pushing the car enough hard enough, you’re not going to feel a change like that quite to its magnitude than if you were on that edge.”

Several drivers on Wednesday talked about the Next Gen cars being ‘edgier’ than the most recent iteration of Cup car, noting especially the lack of side-force that comes from the bigger 18-inch wheels, larger tire sidewalls and symmetrical shape of the car.

Teams and drivers are learning how to address all those differences – and expecting to discover even more.

“With this car, everything is kind of brand-new to us,” said Justin Alexander, crew chief for driver Austin Dillon, who wrecked early in Wednesday’s session.

“So, you start in a much bigger box as far as the things that can affect the speed of the car – everything from aerodynamics to the platform of the car, to mechanical set-ups, springs and shocks – things of that nature.

“So really, it becomes of ‘What does this car want?’ What is it the driver needs from this car; what can I give the driver to make him go faster and what is he sensitive to; what does he respond to?”

Multiple years of working on the previous Cup car led to much innovation and refinement on how best to change a car’s performance to a particular driver’s liking.

Alexander said that process has to be re-learned.

“This is just so new to us that we’re kind of looking at everything, looking at all aspects, even things we typically wouldn’t do on the old car,” he said. “We are kind of honing in on some things as we test here.

“Certainly, there are more questions when we leave here but we’re definitely learning and getting an understanding of what makes this car more drivable and faster.”

Alexander’s No. 3 Richard Childress Racing team got a first-hand course Wednesday on repairing and rebuilding the Next Gen car following Dillon’s accident early in the day. 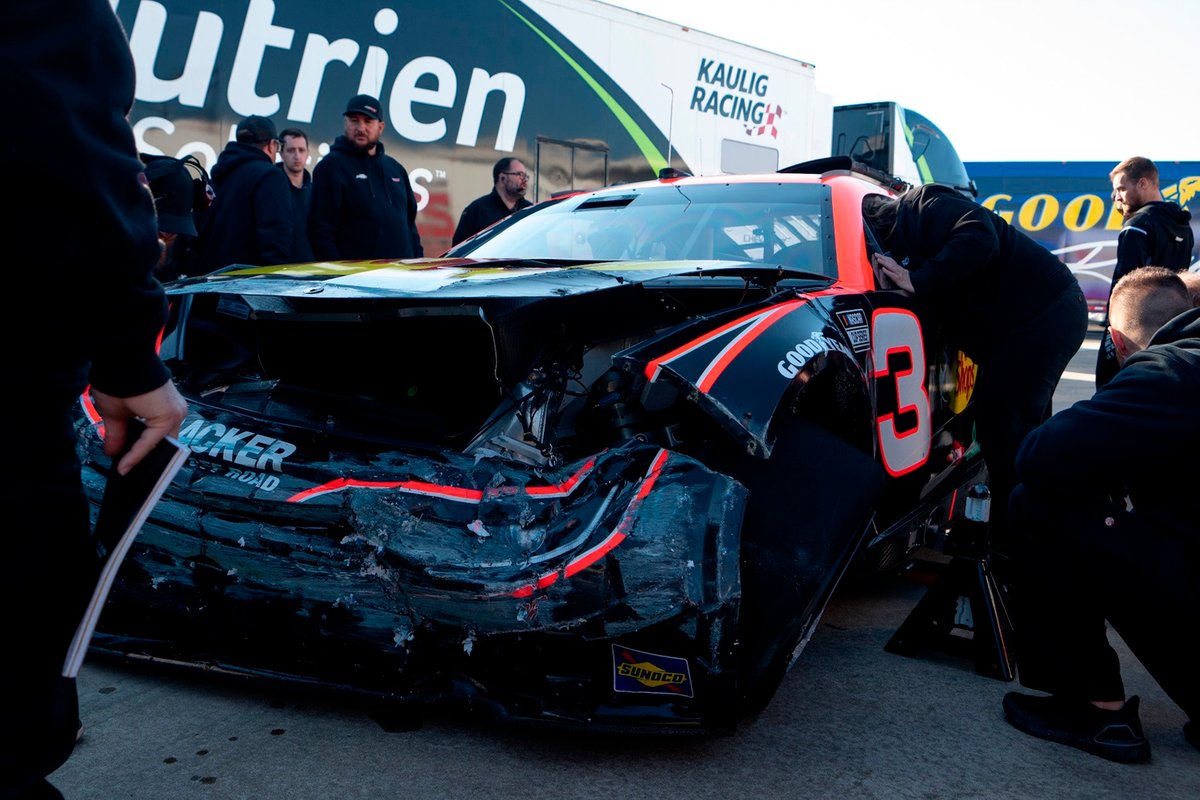 The team was able to transport the wrecked car to its shop in Welcome, N.C., replace the front clip and engine and few other pieces and had the same car back to the speedway about eight hours later to continue the test.

“It did what this car is designed to do, which is just replace the parts of the car that are damaged,” Alexander said.

“I do feel if we had this issue on a race weekend – I do feel like it would be a lot of work – but I feel for sure we could get it turned around to race on Sunday.”

In the last hour of Thursday’s session, several teams participated in a live pit stop practice with the new car, allowing crews to get accustomed to the single lug nut 18-inch wheels.